The revolution spares no one

The revolution spares no one 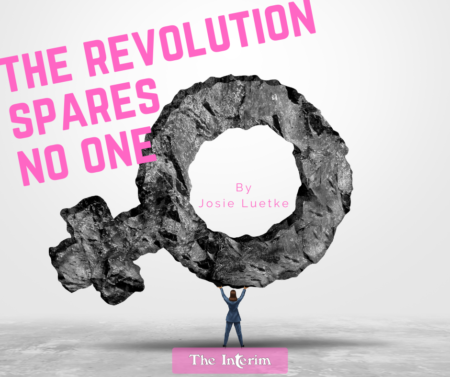 The sexual revolution is responsible for the rampant increase of abortion and a slew of other evils. This near-axiomatic notion was instilled in me early on, but as this upheaval was driven by social liberals, I thought of it as only affecting social liberals. Not so.

Josh Duggar, the eldest of the kids on the show 19 Kids and Counting, and former executive director of FRC Action, sponsored by the Family Research Council, was recently charged with receiving and possessing child pornography (following a series of prior scandals). A few months ago, Ruben Verastigui, who had previously been involved with American pro-life organizations like the March for Life, Students for Life of America, and Live Action, was also arrested on child pornography charges.

I don’t intend to undermine our cause, nor sow mistrust, but to humbly acknowledge that we’re all sinners and that the sexual revolution has swept up all of us. Unless we’re actively guarding against it, we’re vulnerable to sexual sin too. We can’t just passively expect our “values” to preserve us.

We may be in this world, and not of it, but adopting this mantra doesn’t change the fact that we still live in a culture of death. We’re not apart from it, so, as a result, we’re going to sustain damage. My dear friend and Life Nova Scotia Coordinator Ruth Robert put it thus: “We are all, in ways we probably don’t realize until we feel the consequences of it, touched by the world.”

Despite living in somewhat of a bubble, having grown up a practicing Catholic and been enveloped by the pro-life movement at a young age, I’ve been hardened by the ravages of the hook-up culture and sorrows of a broken family.

I know of many CLC staff and supporters who’ve experienced something comparable—including those who have children or grandchildren who are gender-confused and transitioning or who have embraced a homosexual lifestyle, and that’s to say nothing of a promiscuous one. (This reality makes the flying of the Pride flag at Catholic schools all the more pernicious—not only is it a betrayal of Catholic tenets, but it presents a real threat to the students who see it every day.)

At least we have the luxury of a moral compass, of being able to recognize problems bred of the sexual revolution as problems, and then to have some idea about how to go about fixing them. Those from secular households may have no idea that the misery they’re experiencing arises from a way of “life” that they have never known to be anything other than completely normal, and to which alternatives seem non-existent.

My younger self naïvely believed that all that was necessary for change on abortion was a thorough education on pro-life apologetics. It took awhile to accept that some people will choose evil anyway. Recently, I’ve also come to appreciate that the inescapability of suffering makes choosing good much more difficult, and the same goes for the lure of sexual pleasure.

Because of the pervasiveness of abortion, nearly everyone is either post-abortive themselves or has a loved one who is post-abortive, which may inhibit some from adopting the pro-life position, as that entails a tough process of reconciliation. Those trapped in sexual vice are likewise inhibited.

The task we pro-lifers are charged with is so incredible, the demands of the movement so encompassing, that accomplishing anything seems impossible. That’s a comfort, actually, because it leaves us no other option than to put the entirety of our trust in our Heavenly Father. It’s solely through Him that we exist, and through Him that we must do everything else