They must shoot the messenger

They must shoot the messenger 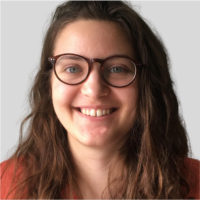 I had a leg up on my peers in a first-year philosophy course on “Critical Thinking,” having already received pro-life apologetics training and by necessity, learning that ad hominem attacks (literally attacks “to the man”) are fallacious. If you are targetting the arguer instead of refuting the central point of your adversary’s argument, you’re reasoning incorrectly. Do so in an essay, and you ought to get an ‘F.’

Pro-choicers rack up a whole lot of ‘em whenever they shut down arguments from male pro-lifers (because “No uterus, no opinion”), ask “How many kids have you adopted?” or assert pro-lifers are not really pro-life unless they also support pet causes X, Y, and Z.

When in conversation with abortion advocates smugly setting up these gotcha moments, I’ve stopped trying to defend myself and started asking, “Even if I am a terrible person, what does that have to do with the question of whether or not it’s okay to kill innocent human beings?”

Why should who I am impact whether you should be pro-life or not?

For the record, I think pro-lifers are, by and large, good people. Many do adopt. We also support crisis pregnancy centres, which help mothers after they give birth.

We don’t have inexhaustible time and talents, so we tend to prioritize fighting the greatest human rights injustice of our time (abortion) over other causes.

These choices of ours, though, are irrelevant to the ethics of abortion.

I think this concept is rather obvious (perhaps you do too), and yet, ad hominems seem to be incredibly popular amongst pro-abortion keyboard warriors, if not the most popular line of attack.

In 2019, NARAL Pro-Choice America ran a campaign branded #HowDareYou accusing pro-life Republicans of hypocrisy. They asked, amongst other things, “What’s pro-life about ripping children out of loving parents’ arms at the border with no plans for reuniting them?” According to them, “The GOP’s extremist LIES about abortion have REAL consequences. Research has shown that death threats against abortion providers have DOUBLED and clinic obstruction has TRIPLED since Trump’s election in 2016. Inciting violence isn’t ‘pro-life’.” (Yes, the irony appears lost on them.)

Just this October, a post about the Life Chain at Yonge Street and Eglinton Avenue was briefly trending on the Toronto subreddit. The top comment, with 530 upvotes, declares: “They’re not pro life they’re anti choice. These groups never support a single actual pro life cause like children’s nutrition programs, housing supports, humanitarian efforts in developing countries…”

Another Life Chain post on Instagram attracted the comment, “What do you provide for women pre-pregnancy? Do you provide healthcare, free birth control, sexual education? Do you provide opportunities to shelter those in abusive situations? Do you help track down and convict rapists? Besides telling women they shouldn’t have abortions, what proactive measures do you take to help avoid unwanted pregnancies?”

One lady, Janine, placed outside a Catholic church a sign with the claim: “Catholic churches killed 6,000 and counting, indigenous children. Life Chain and CLC are hypocrites.”

These examples are merely the ones at my fingertips.

To an extent, employing ad hominems ad nauseam is an effective battle strategy—for winning a war, not an ethical debate. Demonize your enemy to rally your troops and deter defectors.

More importantly, ad hominems preserve the war, by reinforcing an “us versus them” mentality, removing personal accountability, and distracting from the topic at hand.

Even if we were reforming our immigration system, whilst simultaneously single-handedly reversing climate change, solving world hunger, and chasing down rapists (which I’d guess we would have to do unarmed, lest we attract more charges of hypocrisy for bearing arms), our virtue wouldn’t convince our accusers to become pro-life (or it shouldn’t, at least).

These insincere accusations and queries are not means of having an argument about abortion, but avoiding one—for the same reason “pro-choicers” wish to hide images of the procedure, bar pro-lifers from demonstrating outside hospitals and private abortion facilities, and strip pro-life speakers and politicians of any platform. (It’s the same reason the worst thing the pro-life movement can be is invisible.)

They can’t bear the message we bear. Our words are weapons that can turn a war about which side is better to be aligned with into a debate about whether abortion is right or wrong. A good offense is a good defense.