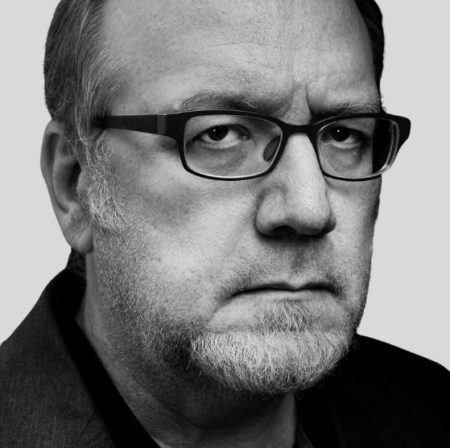 There’s a fallacy that history and progress march in lockstep, and that we are constantly moving forward to an ever better place; it’s the appeal to novelty, which favours the new over everything else, if only because the errors and dangers of the latest idea have not become apparent. Citizens in a thriving society have a hard time believing that their cities can become ruins, despite abundant evidence. Nobody thinks they live in some future Detroit.

There was a time when history was taught with periods of decline and disaster as cautionary tales – like the dark age after the fall of Rome, the horrors of the Thirty Years War, the Ming emperors ordering the retreat of the Chinese navy from world trade in the 15th century, or the Tokugawa shogunate doing the same thing in Japan for two and a half centuries. Our belief in the inevitability of progress would have seemed improbable to anyone living through the fall of civilizations such as the Inca, the Khmer, Byzantium, Assyria, the Songhai or Sumerian.

Much as a society can be shocked when its security and prestige are revealed to be temporary, it’s hard for the beneficiaries of two and a half centuries of radical democratic transformation to imagine that what they consider inalienable rights can be taken away – perhaps over years or decades, though sometimes overnight.

In February of this year, the Brownstone Institute published Jeffrey A. Tucker’s “The Feudal Symbolism of Restaurant Closures,” where the author argued that the symbolism of government shuttering of restaurants as an apparent priority target during COVID lockdowns had a troubling significance, cheered on by media like the New York Times, in February of 2020, demanding that we “go medieval” on the virus.

“We need to reflect on the deep ethos behind all these rules and why they came about,” Tucker writes. “It was about going medieval and hence rejecting outright the emancipatory thematic of post-feudal commercial life. The tavern, the coffee house, and the restaurant had a huge role in spreading the idea of universal rights. People could gather in respectable public places. They could share ideas. They could indulge in delights once reserved only to the elites.”

The idea that we are moving backwards as a civilization is central to Joel Kotkin’s new book The Coming of Neo Feudalism: A Warning to the Global Middle Class. There is no shortage of jeremiads in print evoking our decline and fall, to be sure, but Kotkin’s innovation is to describe how technology – overseen by tech elites who have come to possess the lion’s share of personal wealth – is making it easier to create a sort of digital serfdom; a dystopia where data, not produce, is collected in tribute, with control over the population enabled by screens and cameras everywhere.

What was shocking to so many people during the COVID outbreak was how quickly and easily the mechanics of modern societies could turn to prohibition and compulsion; just as the virus apparently originated in China, so our initial responses to its spread took pages from the Chinese playbook, which assumed that the population – nominally citizens, even if the rights that defined their status were more notional than actual – could be herded and managed with the threat of punishment and even violence.

China is a major player in Kotkin’s book, as it is in many articles and books that use the country as an example of how economic progress can happen without the expansion of personal liberty – a refutation of what we had always assumed was a law of modern civilization, where economic opportunity, social mobility, representation and freedom moved forward together. China’s societal “innovation” was a shock to many people, as much as it provided a tempting model for too many politicians (like Canada’s current prime minister) who openly long for a remaking not just of laws and institutions but the people they “serve”.

At the heart of these baleful trends is the diminution of the middle class, an entity which Kotkin puts at the heart of centuries of our progress away from serfdom and rule by unelected elites. Growing wealth disparities in western countries have reduced the size and income of the middle class as much as they have impoverished the working class, while both classes have experienced severe losses in social mobility, which has happened so quickly that it’s stratified along generational lines in the post-war period.

As a member of Generation X, I remember how resonant the phrase “downwardly mobile” sounded; it seemed to describe everything we were encountering in the shadow of our older siblings and parents’ experience. In retrospect, our economic opportunities seem boundless in comparison to those of millennials and especially Generation Z.

That this is a condition for growing social unrest is obvious; the political polarization of modern life is just one of the symptoms of this anxiety. The proliferation of young people with massive debt, useless degrees and diminishing hopes of joining the asset-owning classes thanks to skyrocketing real estate prices is a recipe for disaster, especially when their cultural assumptions about opportunity and equity (contradictory in nature, if they’d actually thought about them) are being disappointed.

As Kotkin explained in “The Most Dangerous Class,” an article published in National Review this March, this isn’t a phenomenon limited to Europe or North America: “In India, one in three graduates up to the age of 29 is unemployed, according to a Labour Ministry report released last November, almost three times the country’s overall unemployment rate. A recent U.N. analysis also suggested that this huge bulge of underemployed educated people could undermine the country’s stability in the years ahead.”

Kotkin continued: “As Greta Thunberg and her legions remind us, young, discontented people have tended to push toward the extremes. In Latin America, underemployed graduates have long been a source of disruption. Today roughly half of all Latin American college students don’t graduate, and many never really see a payback for their time in college.”

One of the fascinating effects of lockdown and distance work was the exodus from the cities by younger people and families who could afford to convert their assets and savings into a home in the country – an escape whose outcome remains to be seen. As Kotkin notes, the growth of urban life and the creation of suburbia was one of the conditions of a rising, empowered middle class. So it’s not surprising that cities have become the focus and battleground of digital feudalism.

The hardcover of Kotkin’s book comes with a prominent blurb by Richard Florida, whose coining of the “creative class” was one of the ideas that helped market dense urban redevelopment, gentrification and the growth of the service economy for municipalities who wanted to reverse the trends of urban decay and suburbanization. Florida’s endorsement of a book that refutes so much of his work is rich to watch.

Also worth noting is Kotkin’s inclusion of my Toronto hometown in his chapter on the totalitarian city, and particularly Quayside, a “smart city” development proposed by Google holding company Alphabet Inc. and its partner Sidewalk Labs on the city’s formerly industrial eastern port lands. Data collection would be built into its infrastructure, on “everything from water use to air quality to the movements of Quayside’s residents, and use that data to run energy, transport, and all other systems.”

It was appealingly futuristic to some people, but a potential nightmare for others, and Kotkin’s book doesn’t include the news that Sidewalk canceled its plans for Quayside in 2020 when local activists and councilors demanded transparency from the company on its data usage. Our only hope against digital serfdom right now lies with instinctual revulsion against encroachments on privacy, mobility and expression. God help us when we can be convinced to trade those rights for the promise of security, nominally guaranteed by those elected to serve us.