Parliament and the Court

Parliament and the Court 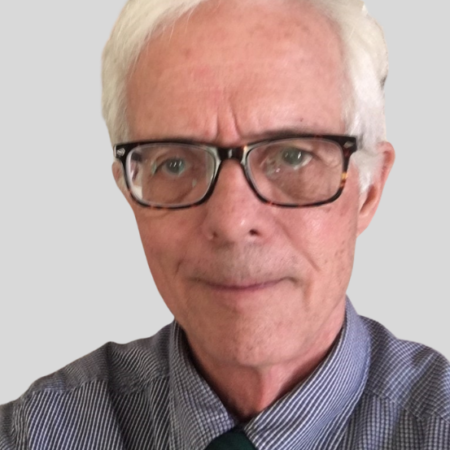 During debate on Bill C-7—the Trudeau government’s new medical assistance in dying (MAID) legislation—some members of Parliament argued that a majority of the Supreme Court of Canada would find that some provisions of the bill go too far in licensing physicians to kill patients, while other members contended that the Court would deem that those same provisions do not go far enough. On one point, all MPs agreed: ultimate legislative power in Canada is no longer exercised by Parliament and the provincial legislatures, but by unelected judges on the Supreme Court of Canada.

Canada’s top Court made that clear in 1988 with its infamous decision in R. v. Morgentaler, which struck down Canada’s abortion law on the absurd pretense of an alleged conflict with Section 7 of the newly minted Canadian Charter of Rights and Freedoms. Section 7 states: “Everyone has the right to life, liberty and security of the person and the right not to be deprived thereof except in accordance with the principles of fundamental justice.”

There is no mention of abortion in section 7 or any other section of the Constitution of Canada. The majority of the Court in Morgentaler read a supposed right to abortion into the Charter and then struck down the existing abortion law in defiance of the express will of Parliament.

Prior to enactment of the Charter, the Supreme Court of Canada respected the separation of legislative and judicial powers. With few exceptions, all judges on the Court understood that it was up to Parliament and the provincial legislatures to enact laws and determine public policies within their respective jurisdictions, and that the sole function of the judicial power was to uphold the laws and the Constitution as written and originally understood.

Thus, in Quong-Wing v. the King, 1914, the Supreme Court of Canada declined to strike down an egregious enactment of the Saskatchewan Legislature that prohibited Chinese Canadians from employing a white woman. While Justice L.H. Davies made clear in his reasons for judgment that he found this law personally repellent, he pointed out that the Court had no power to change the law. He wrote: “The question on this appeal is not one as to the policy or justice of the Act in question, but solely as to the power of the provincial legislature to pass it.” Given that the Saskatchewan Legislature has jurisdiction over civil rights within the province, Davies concluded that the Court had no option but to uphold Saskatchewan’s racist law and leave it to the provincial Legislature to change it.

Of course, there were some exceptions to this rule of judicial restraint prior to the Charter. In one notorious instance, the Persons case of 1929, the Judicial Committee of the Privy Council, then the ultimate court of appeal for Canada, overturned a ruling by the Supreme Court of Canada which had upheld a provision in the British North America Act that clearly barred the appointment of women to the Senate. The law lords should have done the same. Instead, they trespassed upon the legislative power of Parliament, by arbitrarily amending the British North America Act through interpretation to allow women to serve in Canada’s upper chamber on the same basis as men.

Judicial activists who have held sway on the Supreme Court of Canada since the beginning of the Charter era keep citing this invalid Persons precedent as an excuse for their own dispositions to strike down some laws and amend others under the pretense of upholding the Charter.

Today, Parliament and the provincial legislatures can no longer determine public policies on any issue. In the Charter era, the Supreme Court of Canada has presumed to set policies on even vital matters of national security. With regard to abortion, euthanasia and physician-assisted suicide, in particular, our elected legislators can still enact laws, but only in the hope that these laws will meet with the approval of our ultimate rulers—nine unelected, robed dictators on the Supreme Court of Canada.

To make matters worse, our top Court no longer follows even its own precedents. Thus, in the 1993 Rodriguez case, the Supreme Court of Canada upheld the Constitutional validity of the provision in section 241(b) of the Criminal Code which made it a criminal offence punishable by up to 14 years in prison for anyone to assist in the commission of suicide. Then, in the nearly identical 2015 Carter case, the Court abruptly changed course: This time, the Court held that section 7 of the Charter –the very section that affirms “the right to life”—somehow confers a right to death by physician assisted suicide on Canadians who are mentally competent and suffering intolerably from a grievous and irremediable medical condition.

Of course, not even that appalling ruling ended the matter. In an entirely illegitimate judgment on September 11, 2019, a judge on the Quebec Court of Appeal presumed to chide the Parliament of Canada for allegedly violating both section 7 and the equality rights provision in section 15 of the Charter by insisting in its original MAID legislation that only Canadians whose deaths are reasonably foreseeable can qualify for physician-assisted suicide.

Rather than appeal that arbitrary judgment, the Trudeau Liberals introduced Bill C-7, which not only eliminates terminal illness as a requirement for MAID, but also extends the law to include the mentally ill. Will the Supreme Court of Canada go along with these and other changes to the law on physician-inflicted homicide and assisted suicide in Bill C-7?

No one knows, or can know, given the proclivity of judicial activists on the Supreme Court of Canada to amend the law and ignore the Court’s own precedents. For this reason, some Conservative Senators urged Justice Minister David Lametti to refer Bill C-7 to the Supreme Court of Canada for an advisory opinion prior to passage. In response, Lametti pointed out that reference proceedings are fraught with delay. In the case of the 2014 Senate reform reference, the Court took 14 months to come up with a decision.

In the end, Lametti decided that it would be better for supporters of Bill C-7 to have the legislation passed without a judicial reference in the hope that it might eventually meet with approval by the Supreme Court of Canada. This means that Canadians who uphold the sanctity of human life and fear the calamitous consequences of this misguided legislation for suicidal Canadians will have to spend years and a great deal of expense battling this pernicious legislation through the courts in what will almost certainly prove to be a vain attempt to have the Supreme Court of Canada strike the evil law down.

That is a pity because Parliament, if it can summon up the will, will have an effective way to rein in rogue judges who both legislate and adjudicate from the bench. In the 1998 Vriend ruling which overturned the express will of Parliament by reading sexual orientation into the equality rights provisions in section 15 of the Charter, Mr. Justice Frank Iacobucci commended the “dialogue” between the legislative and judicial branches of government that has developed during the Charter era whereby the Supreme Court of Canada lays down general policy guidelines and Parliament fills in the details. “To my mind,” wrote Iacobucci, “a great value of this dialogue among the branches is that each of the branches is made somewhat accountable to the other.”

Conor Gearty, Professor of Human Rights Law in the Department of Law at the London School of Economics, agrees that judges who take it upon themselves to legislate from the bench should engage in a formal dialogue with parliament. In a paper “What are judges for?” he specifically suggests that these law-making judges should regularly explain their policy preferences to a committee of parliament. “Of course, all this will be very new for the judges,” wrote Gearty, “but it surely flows from (judicial interpretation of) the Human Rights Act in what is still a highly democratic culture. Far from being antagonistic about such developments, the judges should welcome them, as part of that dialogue with the other branches of government for which many have so long argued.”

This is an excellent idea. Prior to enactment of Bill C-7, Parliament should have summoned all nine judges on the Supreme Court of Canada to explain in an open public hearing before a special parliamentary committee what each of them thinks about the key policy proposals in the legislation. Only in this way could parliament and the people of Canada have had any assurance that Bill C-7 will meet with the approval of our supreme judicial rulers.

Of course, judges would denounce any such parliamentary summons as a gross violation of the traditional separation of legislative and judicial powers. But judicial legislators have already violated this fundamental principle of constitutional government and they should bear the consequences.

Suppose, though, that judges on the Supreme Court of Canada were to refuse to disclose their policy preferences to Parliament. In that case, Parliament could impeach these out-of-control judges and remove them from the bench.

Will Parliament go along with Gearty’s suggestion? Certainly not any time soon. Unlike the legislatures of Quebec and Saskatchewan, the Parliament of Canada has shown no disposition over the past 40 years to curtail the entirely unjustified usurpation of legislative power by the courts.

That is a disgrace and a tragedy. There can be no hope of reviving democracy and the rule of law in Canada so long as Parliament refuses to exercise its undoubted constitutional authority to assure that the legislative power of Parliament is once again exercised by duly elected representatives of the people rather than nine, robed judicial dictators.

One last thing: Vox populi non est vox Dei. If Parliament had full authority to determine public policy, the Trudeau government’s MAID bill might well have ended up even worse. But at least MPs, unlike judges, can be held readily accountable for their evil actions by voters at the next election.