On Jan. 6 of this year, a small pro-life group at the University of Alberta represented by John Carpay’s legal team at the Justice Centre for Constitutional Freedoms (JCCF) won a major victory in the Alberta Court of Appeal. In 2015, UAlberta Pro Life received university permission to erect a stationary display on campus. However, disruptive students used “sheets, towels, banners and mega-phones” to prevent passers-by from viewing the display. Although the demonstration violated the Code of Student Behaviour, campus security took no action to prevent the obstruction. In 2016, when UAlberta Pro Life again applied for a permit to display its information, the university demanded a $17,500 security fee up front, which would also pay for “the potential misconduct of people.” The pro-lifers filed a formal complaint against University of Alberta Protective Services (UAPS) for having failed to protect their display in 2017 against disruptive students. UAPS declined to charge or prosecute those students even though it had ample evidence, including the identification of the offending students. UAlberta Pro Life turned to JCCF for assistance in combatting this blatant denial of free speech. Carpay stated that the university “ignored the fact that any threat to safety and security … came uniquely from those who physically obstructed and loudly interrupted a university-approved event.” In the JCCF application to the Albert Court of Queen’s Bench, it declared that the fee imposed by the university was “illegal and unjustifiably violated the fundamental value of freedom of expression, protected by section 2(b) of the Canadian Charter of Rights and Freedoms.” In 2017 the court ruled in favour of the university, but, on appeal in January 2020, the Alberta Court of Appeal ruled in favour of the pro-lifers and rejected the security of $17,500 that the university had attempted to obtain from them.

The Ontario Progressive Conservative Party is holding its annual policy convention this month but Parents as First Educators (PAFE) noted in an email to supporters, it “isn’t a real policy convention – it’s only a PC party Doug Ford pep rally.” Like the 2017 policy convention under then-leader Patrick Brown, delegates will be allowed to speak about the policies but will not be allowed to vote on them. What is the point of being a delegate? This is no doubt a reaction to the success of pro-life and pro-family delegates at the 2018 policy convention where numerous socially conservative policies were approved or approved for consideration at the next policy convention (ostensibly the one this month). There is a legitimate question of whether the Ontario PCs are violating their own constitution with this stunt. Meanwhile, Campaign Life Coalition is torn between ensuring the pro-life and pro-family voice is heard at the convention on the one hand, and not encouraging its supporters to fill the coffers of the party by paying hundreds of dollars for what amounts to a pep rally. PAFE, however, is actively encouraging supporters to boycott the convention.

The Susan B. Anthony List is a non-profit pro-life organization in the U.S. which has just announced a $52 million campaign to re-elect President Trump, whom it describes as the “most pro-life president” in the history of the U.S. The organization is focusing its efforts on certain states and contenders in the House and Senate to ensure that pro-life politicians are elected. Already 4,000 canvassers are on the ground and running; so far, they have knocked on more than 460,000 homes across the country. SBA has two goals. First, ensure that “unreliable pro-life voters go to the polls” to vote pro-life. Second, to demonstrate to “persuadable voters” including “Hispanics, Independents, Democrats and moderate Republicans” how radical the pro-abortion lobby has become and persuade them to vote Republican. Planned Parenthood had already pledged to spend $45 million to elect pro-abortion candidates. Both organizations can agree on one thing: The stakes of the 2020 election have never been higher. The battle for the soul of America is on.

At the Golden Globe awards in early January, actress Michelle Williams thanked God that she had the freedom to abort her own child. Her acceptance speech advocating for abortion and urging other women to do likewise, earned her cheers and applause from the ultra-left Hollywood elites. It is ironic that she is presently pregnant and yet implied having previously killed an unborn child, sacrificed so she could cradle a cold piece of metal. She praised her own skills and virtues—a life that she had “carved with (her) own hand… And I wouldn’t have been able to do this without employing a woman’s right to choose …” She has sent a message to young, impressionable women that, in order to succeed, they must not bear the yoke of motherhood, which will only hold them back from the success that they surely deserve. It was pretty clear from her speech that “a woman’s choice” had removed the obstacle that would have hampered her career aspirations. Her crowning victory was a tin ornament for the mantel, and the admiration of tinsel town. How very comforting.

The Denver Post fired columnist Jon Caldara after he wrote a column stating that sex is binary, going against popular fashion that it is limitless and fluid. In an article about how the media is growing out of touch, he referenced the Associated Press’s recent style guide change that states, “gender is no longer binary.” Caldara called it activism and noted science states “there are only two sexes, identified by an XX or XY chromosome. Interestingly, Caldara is a libertarian who supports euthanasia, same-sex “marriage” and transgender rights. After canning the contributing columnist, the paper’s opinion editor, Megan Schrader, wrote that the paper was looking for a new columnist and that they “value having a wide variety of voices in our pages.” Not really.

The march of transgenderism can be resisted. In Missouri, state representative Ben Baker (Republican) introduced a bill called the Parental Oversight of Public Libraries Act, which would establish parental library review boards that could determine whether material or presentations were not age-appropriate. Baker explained that the motivation for proposed law was to allow citizens a say in whether local libraries can have “drag queen story hour,” in which men dressed as women read to children. There have been several incidents in which sexually explicit material was read, genitals or undergarments exposed, and in one case children were invited to lie on top of the drag queen. Drag Queen Story Hour is not kid-friendly, but a form of grooming and propaganda to normalize transgenderism at an early age.

More good news on the transgender front. The state of Florida refuses to pay for gender reassignment surgeries – or what activists now call gender affirmation surgeries – in the health plans of government employees. Dr. Paul McHugh, a professor of psychiatry at the Johns Hopkins University School of Medicine, noted in a recent brief to the Supreme Court, that there is no medical evidence that such surgeries are affirmative and that evidence indicates that individuals who suffer gender dysphoria (confusion about his or her gender) and move from social transitioning to surgical interventions, “fare poorly” according to numerous measures. The Florida statute banning coverage for transgender-specific interventions is being challenged by a pair of plaintiffs who claim it is discriminatory. The American Civil Liberties Union and Southern Legal Counsel are supporting their challenge.

The Women’s March in the American capital continues to dwindle. Estimates in 2017 were that there were between a half million and million participants. Last year there were barely 100,000. This year there were fewer than 10,000. It still received much media coverage. The Women’s March this year was mostly about abortion (pro-life feminists have been banned from the event) but also immigration, climate change, and the impeachment of Donald Trump. A week after the Women’s March, Washington D.C., hosted the annual March for Life, which had an estimated half-million participants. President Donald Trump became the first sitting president to appear in person to address the March for Life.

One of the sillier arguments for euthanasia by its proponents is that we euthanize pets when they are ill, so we should also off our grandparents when they are sick. Obviously, only a deeply confused or depraved society would treat the elderly like animals, but such is the state of the debate. Well, here is a data point that suggests we treat animals better. The New York Timesreports that euthanasia rates have plummeted at animal shelters. In an investigative report examining data from the country’s 20 largest cities, they found animal euthanasia has decreased 75 per cent since 2009. There is a growing “no-kill” movement within the animal rescue community. There is a number of reasons for this, including increased spaying and neutering of pets and the (problematic) view of many pet owners that their animals are part of the family. Regardless of the reasons, the culture has changed to value the lives of rescued animals. Unfortunately, this new-found caring culture for animals is not found among some human family members today.

In October, we reported a massive demonstration in Paris, France in opposition to a government initiative to begin to open up in vitro fertilization to include unmarried French women. The proposed legislative change was opposed by a number of organizations in France, among them the influential pro-life political group La Manif pour tous. On Jan. 19, tens of thousands of people took to the streets of Paris once again to protest the proposed law on artificial insemination and surrogate motherhood, which they call “fatherless reproduction.” The Macron government is supporting a bill which will extend the availability of government-subsidized artificial insemination to all women including single women and lesbian couples, as well as opening the door to surrogate motherhood. For their part, opponents of the legislation insist that it will “commercialize women’s bodies,” and exploit them, especially the poor, by inducing them to “rent their wombs as if they were merchandise.” French people are very “family friendly” and look unfavourably at this measure that will undermine the traditional family. La Manif pour toussays that the law would voluntarily and intentionally deprive children of a father for their entire life (which is unthinkable to French people), and would force taxpayers to finance the process. One of the opponents of the bill, a university student, stated that, although lesbians and single mothers might want to give birth, “we must not confuse a wish and a right.” 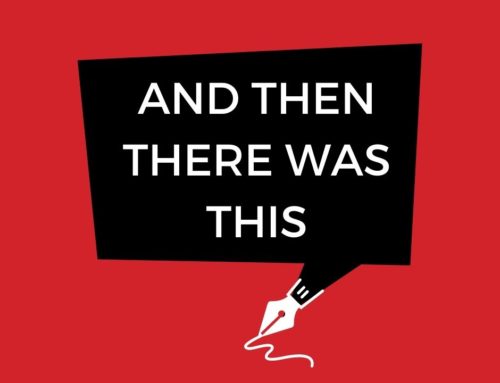