After a long-awaited debut, on Oct. 31, the Canadian pro-life advocacy group Choice42 released “The Procedure,” a short, animated video based on a true story that details the gruesome realities of an abortion.

The vividly animated film comes as the first episode in Choice42’s new series “Exposed,” which aims to address a number of hot-button pro-life issues.

In an interview with The Interim, Choice42’s director Laura Klassen said she wanted to make “The Procedure” to portray the macabre realities of abortion so that the public might have a “wakeup call” about what it “actually does to babies.” Klassen’s hope materialized because she later received confirmation that a little boy’s life had been spared because his mother saw the video.

Klassen said, “Our culture promotes the lie that abortion is ‘a woman’s choice’, or ‘reproductive rights’, or ‘healthcare’, when really, it’s a horrific act of violence against the most vulnerable: the preborn.” She said, “Canada has no abortion law and this procedure – a second trimester D&E abortion happens every day in our country.”

The video’s first scene depicts the protagonist, the hospital’s new lead sonographer, having just been requested to provide assistance to the on-call surgeon. Wheeling the ultrasound machine into the operating room, he has unknowingly been asked to guide an abortion procedure.

The sonographer, an animated character, places the ultrasound probe on the woman’s stomach as she lies atop an operating table, her feet in stirrups.

After the sonographer sweetly remarks that the baby in the womb is a girl, the mood in the room quickly turns somber. The sonographer is horrified to see the surgeon’s forceps inserted in the woman’s uterus, trying to grab and tear the child’s limbs from its body. Graphic animation shows the girl twisting and squirming to flee from the metal clamp, but the imposing force of the doctor’s forceps are too strong a match for her little body.

Once all the body parts have been removed and are reassembled, the sonographer leaves the room, appalled. He immediately quit his job, though nightmares and the forever ingrained memory of that abortion have endured for years.

In anticipation of big-tech censorship, the series has launched in partnership with Loor.tv, a crowdfunding platform that enables filmmakers to produce content without fear of suppression or cancellation. The video has been released on all social media platforms, and just a week after its premiere, registered over a million views across all online networks, according to Klassen.

Canadian Centre for Bioethical Reform’s Jonathan Van Maren said that the video is “incredibly powerful” and although initially unconvinced that “animation could be more powerful than real footage,” in the end, was overwhelmed by its success.

Seth Gruber, an American pro-life activist, said “The Procedure” to be so seminal as to recommend it for mandatory viewing just as “General Eisenhower ordered his troops to tour Ohrdruf Concentration Camp to view the horrors of 3000 naked and emaciated Jewish corpses murdered by the Nazis.” In this way, Gruber argues, “we can say today what Eisenhower said in 1945, ‘at least we will know what we are fighting against’.”

Klassen encourages pro-lifers not to fear the backlash they might endure if they dare to speak out on abortion because “it doesn’t compare to what this little girl endured.” 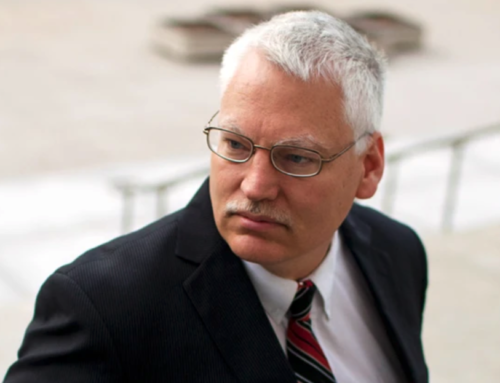