‘The Hill I will die on’

Home/Issues/Euthanasia/‘The Hill I will die on’
Previous Next

‘The Hill I will die on’ 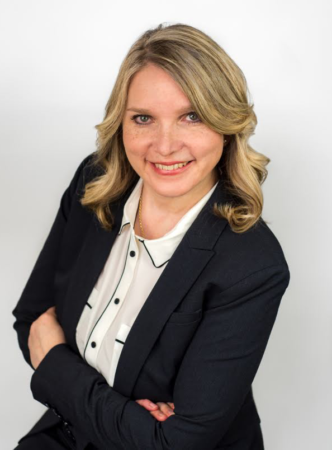 Angelina Ireland never could have imagined the battle she was about to face, when, two years ago, she became president of a palliative care society that ran a small 10-bed hospice for the sick and elderly in a small Canadian city. Angelina never could have imagined that she and the organization she headed was about to be catapulted onto a national — and even international — stage for refusing government orders that they offer patients assisted suicide and euthanasia instead of only authentic palliative care.

“You know, it’s insane what has happened,” Angelina told Campaign Life Coalition in an interview published in full below. “It’s insane that you have this little palliative care society on the outskirts of Vancouver, in the middle of nowhere, that has become a national lightning rod on the issue of euthanasia.”

“We see how this has blown up nationally, even internationally, and become, at least in our country, an example of a national referendum on euthanasia,” she said.

It all started in December of 2017 when a regional health authority in British Columbia ordered all healthcare facilities it oversaw, including hospices, to offer Medical Assistance in Dying (MAID). One year prior to this, Parliament had legalized the practice of doctors killing the sick and elderly. The move thrilled euthanasia activists and provided cash-strapped provincial governments a way forward in saving healthcare dollars by being able to offer the sick and elderly a quick and very cheap solution to their problems.

The Delta Hospice Society, which ran the 10-bed Irene Thomas Hospice in Delta, BC, objected to the Fraser Health Authority directive in February of 2018, stating that palliative care is about caring for patients until their natural death, not hastening their deaths and certainly not killing them through MAID.

Pro-euthanasia activists became involved, trying to take over governance of the hospice society by getting the courts to redefine membership criteria so that anyone, near or far, could become a voting member. Their plan was to recruit enough like-minded euthanasia supporters to vote out the reigning pro-life board and fill the vacant seats with members who would bring in MAID. But the plan backfired when the pro-life board launched its own membership drive and recruited a higher number of citizens from across the country who valued and supported life from conception to natural death.

Then, in a series of heavy-handed moves, the province went on to not only withdraw $1.5 million in annual funding to the society over its refusal to offer MAID, but it terminated a lease for the land that the hospice was built on and evicted the hospice’s residents. The health authority then took over the running of the hospice with new rules that allowed MAID on the premise.

Despite all the setbacks, Angelina believes that the battle is far from over and that, in fact, the Delta Hospice Society has much bigger plans and “everything to fight for.”

The society is now planning its upcoming annual general meeting where over 12,000 newly recruited members (composed of both pro-euthanasia and pro-life people) will have the ability to vote to determine the society’s future and what is to be done with its assets, part of which include a charity shop worth an estimated four million dollars.

Angelina spoke with Campaign Life Coalition (CLC) about the battle she’s faced, how she copes with hostile media and vilification on social media, and why freedom-loving Canadians should not be afraid to “get cancelled.”

CLC: Why, in a nutshell, did your hospice society refuse to go along with the local health authority’s order that you offer euthanasia on site?

Angelina Ireland: Quite simply because we are a 30-year palliative care society and euthanasia is not included in authentic palliative care. We believe our Constitution mandates us to be a life-affirming organization and that purpose does not include killing our patients. Palliative care is a 50-year medical discipline that does nothing to hasten death. The pioneers and experts of this discipline, Dame Cicely Saunders and our own Canadian Dr. Balfour Mount, are very clear in their denunciation of euthanasia within our model of care. What we see now is a political movement to revise what palliative care encompasses. Whatever the political motivation is for this attempted overhaul of such a national treasure, we reject it and prefer to be consistent in delivering the kinds of services we always have.

Not everyone wants to be in a facility that is killing its patients. They don’t want to have to witness the MAiD end-of-life parties, the “death doulas,” Dr. Death on his weekly “kill day” rounds. Actually, for some it is quite frightening to consider going to such a place – and they end up with no place to go at all. They resist getting help or treatment, they and their families truly suffer.  Life-long tax-paying citizens are disenfranchised completely from the kind of health services their tax dollars should be paying for.

If we do not stand against this medical tyranny – who will?

CLC: Now that you’ve had your 10-bed hospice stripped away from you by heavy-handed health authorities, what do you have left to fight for? Have you lost this battle?

Ireland: We have everything to fight for. The Fraser Health Authority took some of our assets from us, but we still have other assets. Our Society is intact and we have a vision that continues to live on. Palliative Care is a gift to humanity and we cannot allow it to be snuffed out by over zealous ideologues and bureaucrats. There is a great demand for the kind of life-affirming services that we defend and if the public health care system refuses to provide them, then we have the responsibility to ensure its survival.

We have already built one Hospice – we can build another. This new hospice will be the first in a network of Hospice Sanctuaries, safe places for the dying – free from euthanasia. We must build such a Sanctuary where people will feel secure that they will receive authentic palliative care services for themselves and a welcoming place for their families. We can partner with other groups as well, to help them create similar sanctuaries. They may have taken 10 of our hospice beds because we refused to kill our patients, but we now have an opportunity to help create 10,000 hospice beds, free from euthanasia, everywhere across North America. This is a movement we can help develop – which is much more than a physical facility.

CLC: You personally have faced hostile media and vilification on social media. Can you speak about what you’ve faced and how you’ve coped with it?

Ireland: Yes, there are people who have been very hateful toward me and have come after me personally with an intention to punish me for not holding their ideology. They have made it a very personal fight, attacking me on the basis of my faith instead of discussing the ideas and issues of fair and equitable access to palliative care for all Canadians.

But to those, I say, “Thank you” as it has allowed me to prove my love for our Creator who is the only one who can give and take life. I am unapologetically Christian and my trust is always in Our Lord. It has been my honour to stand for life and that opportunity is a gift. I have a devotion to our Blessed Mother, the Virgin Most Powerful, and as such have a duty to speak up and not be silent, stand up and not fall. So, with God’s help, they will not break me. And, if need be, this is the hill that I will die on.

I fight for palliative care in Canada. I fight for humanity itself. I consider our society the canary in the coal mine. If we fall, everyone will fall. The authorities, the media, and euthanasia activists have tried to make an example of us, telling us that we must comply, we must surrender. What we have said is, “never.” We will never surrender, no matter what they throw at us.

I think one reason we are attacked is the fact that we are people of faith. We hope that if people see our courage, they will join us. So, on the one hand, we fight for our little society, our little organisation. But, on the other hand, we see how this has blown up nationally, even internationally, and become, at least in our country, an example of a national referendum on euthanasia.

We were just a little 10-bed hospice. We’ve now become a national symbol of the fight around euthanasia. You know, it’s insane what has happened. It’s insane that you have this little palliative care society on the outskirts of Vancouver, in the middle of nowhere, that has become a national lightning rod on the issue of euthanasia.

CLC:  So many Canadians are apathetic to the battles against life and family happening in our country. Many don’t seem to care about where our country has been going in the past 50 years and how quickly we’re now accelerating down that path. Canadians need to be woken up to what is happening. What would you say to them?

Ireland: Get Cancelled! There is freedom on the other side of that wall. Speak your mind and do not be silenced. The worst thing you can do is to become a “cog in the wheel”. It will lead to the destruction of your family, your faith and your country. Slaves have no rights and unfortunately, freedom is not free.

They would have you believe you are the only one that objects to the apparent agenda. You are not! It is only a loud, aggressive, well-organized minority, resembling a playground bully, who opposes us. Their tactics are so much paper tigers and smoke and mirrors. When God is with you, no one can stand against you. However, if you are complacent and compliant, all the avenues around you for your democratic expression will vanish and you will end with no option but to turn and run or vanish yourself.