Home/Andrew Lawton, Euthanasia, Issues/I’d be dead if C-7 was law 10 years ago
Previous Next 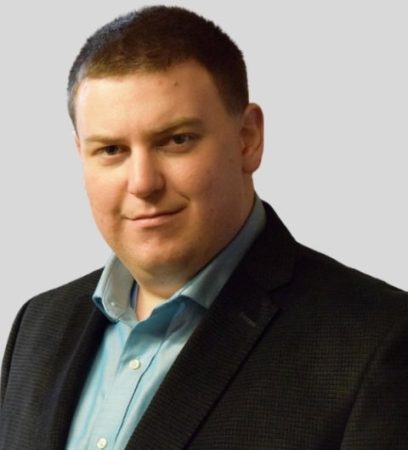 The second-wave feminists of the 1960s popularized the idea that “the personal is the political.” Well, this one is personal for me. If Bill C-7 were the law of the land a decade ago, I’d probably be dead.

Bill C-7 is product of the federal Liberal government’s efforts to expand access to assisted suicide. Supporters of the bill argue it’s necessary after the Superior Court of Quebec identified supposed deficiencies in the current assisted suicide regime. While the court’s Truchon decision did raise issues, it’s noteworthy that the federal government opted not to appeal this to the Supreme Court, and has now embraced changes that go far beyond what the court called for.

The most egregious of these is the expansion of assisted suicide access to people suffering solely from mental illnesses. Prohibiting these people from having their deaths facilitated by the state was recognized as an essential safeguard when the existing framework was established nearly five years ago.

Now, this protection is on the way out, along with the mandatory 10-day waiting period and need for two independent witnesses, among other changes.

Inclusion of the mental health provision in C-7 is vile for its own reasons, but all the more so when one looks at the process by which it came to be. The Liberals assured critics it would not be in the bill, which means there was no real study or investigation of it as Bill C-7 made its way through the rigorous committee review stage. It was slipped in by the Liberal-dominated Senate, and summarily accepted by Justin Trudeau’s government with the support of the Bloc Quebecois, despite united opposition from the Conservatives and NDP.

This is precisely what social conservatives warned about when Canada was in the process of passing Bill C-14 in 2016, only to be told that concerns about future laxing of the rules amounted to slippery slope paranoia.

In 2010, I nearly succeeded in committing suicide. My battle with depression was worsening, and I was losing. Miraculously, I pulled through: I count my lack of success in that attempt as my happiest failure, for which I’m grateful to God’s intervention and a team of dedicated healthcare practitioners.

It’s saddening to think that under different circumstances, these practitioners could have been the ones killing me rather than saving me.

C-7 is predicated on the idea that restricting access to assisted suicide is discriminatory. This inherently positions assisted suicide as a right, so it’s not unforeseeable that there will be future challenges if doctors start turning down requests from those with mental illness.

My depression was grievious and, while treatable, technically incurable. I have little doubt I could have rationally and clearly conveyed to a doctor that I wanted out. I had certainly convinced myself that my death was the only sensible outcome – my choice was between death or a life of pain. Recovery and hope were not on the menu.

I was wrong. Here I am living a life I never imagined was possible. This is the tricky thing about mental illness – your mind plays tricks on you, and deprives you of a holistic appreciation for what life can offer.

I was always resistant to the “it gets better” platitude, until I learned in my own recovery that it does. At the same time, I won’t trivialize anyone’s struggles, knowing how hard and long the path is, especially for those whose experiences are worse than my own.

What all mental illnesses have in common is that they exist in the mind. This doesn’t mean they’re not real, but rather that by design they have a way of distorting one’s thinking and sense of reality.

Bill C-7 undermines years of attention and billions of dollars of funding to bolster mental illness treatments and supports, including, ironically, suicide prevention and awareness campaigns and programs.

This bill kills hope and reinforces the flawed belief afflicting those with mental illness, that life is not worth living and that one’s circumstances cannot improve.

This is why lawmakers of all parties previously saw a mental illness exclusion for assisted suicide as not just a good idea, but a given.

Until now, that is.