The founding convention of the Conservative Party of Canada marked the beginning of a new phase in the pro-life movement’s – specifically Campaign Life Coalition’s – political efforts on behalf of the unborn. It also most definitely ended another era.

In the years immediately following the 1988 Supreme Court of Canada decision that struck down the old abortion law, there was a great debate in the Canadian Parliament – a debate that led to the passage of the Brian Mulroney-Kim Campbell abortion bill C-43 in the House of Commons and a subsequent defeat in the Senate on a tie vote. While all of this was happening, the Reform party of Preston Manning, with its one seat in the House of Commons, was slowly eating away at the old Progressive Conservative base of support in western Canada and small-town Ontario. Despite his strong Christian beliefs, Manning didn’t want to be known as “pro-life,” nor did he want the Reform party to take a stand on particularly controversial issues (he dubbed them “moral issues”) such as abortion or capital punishment.

In response to the failure of Parliament to pass a new abortion law, and in preparation for an upcoming (1993) election, Manning (assisted by Stephen Harper and Tom Flanagan) cleverly instituted three barricades against ever having to take a position on these issues: 1) He committed a future Reform government to holding a referendum on abortion and another on the death penalty. 2) Until such time as there could be referendums on these issues, Reform MPs would be obliged to vote not according to what their informed consciences told them was the right thing to do but, instead, to vote according to the “consensus” of their constituency; and 3) Until such time as a “consensus” could be determined, Reform candidates were obliged to publicly declare their positions on these so-called “moral” issues for the benefit of the voters. This latter proviso would actually have been quite useful if it had been followed, but a quick glance at CLC questionnaires from Reform candidates in 1993 and 1997 reveals that many Reformers dodged the hard questions and merely defaulted to the party’s plan to hold a referendum. This made it very difficult for pro-life voters to determine the true positions of the candidates.

Moreover, when pro-life candidates were being interviewed by the board of directors of local riding associations and did declare their pro-life positions, Manning’s organizers (especially in Ontario) would often use this information to discourage prospective pro-life candidates from seeking the nomination (“You know, if you are elected and we tell you to vote for abortion, you must do so …” and so on.)

After failing to make an Ontario breakthrough in 1997, Manning contrived to rebrand himself, by turning the Reform party into the Canadian Alliance. At the United Alternative convention in the winter of 2000 (at which the CA was founded), the new party wisely jettisoned most of the Reform referendum policy on “moral issues,” but still required MPs to vote according to their constituents’ wishes. In the ensuing leadership race, the party also jettisoned Preston Manning, electing, instead, Stockwell Day, who never abandoned the populist rhetoric of Manning, but did insist that the party’s policy “cannot bind legislators to vote in favour of measures which would abrogate inalienable human rights, such as the rights to life, liberty, and property.”

In the ensuing 2000 general election, Day nonetheless got tripped up over the issue of citizen-initiative measures to force referendums on particular issues. Juxtaposed against the Liberal prime minister’s rewriting of history (he insisted that the 1988 Supreme Court of Canada decision decreed a right to abortion) and the supporting role played by the Canadian media in helping to perpetuate the motif that the topic of abortion must never even be discussed in Canadian politics, it is not hard to see how Manning’s morally neutral referendum policy, and Day’s citizen-initiative gambit, were politically irresponsible positions that ultimately cost Reform and the CA many votes from both committed pro-lifers and skeptical pro-abortion voters.

Of course, the old Progressive Conservative Party of Canada drifted after the defeat of its pro-abortion bill C-43 and were reduced to two seats in the ensuing 1993 election. It became irrelevant and no one much cared what Jean Charest thought about these issues. Later, his successor, Joe Clark, moved the party to an increasingly socially liberal and extremist position, though there were still several strongly pro-life PC MPs present in the caucus of Canada’s fifth party at the time of its dissolution.

The merger of the PCs and the CA in 2003 gave birth to the new Conservative Party of Canada. When Stephen Harper was elected as its first leader in March 2004, the party had no position on any issue and Harper never articulated a pro-life position. During the June 2004 election campaign, Harper, as leader, reiterated his support for the previous PC tradition of letting MPs vote their consciences on “the abortion issue” and other “moral issues.” He even reiterated his support for the right of CPC MPs to introduce private member’s legislation. For about 11 days in the campaign, Harper stuck to this position and his party soared in public opinion polls. When the Martin Liberals stopped attacking Harper over his abortion non-position, Harper lost his nerve, stopped referring to the “abortion issue” and started using the very misleading and inaccurate expression “a woman’s right to choose.” Harper also promised that, as prime minister, he would not support any new abortion legislation in his first term in office. This was followed by his failure to openly campaign to defend traditional marriage, his bungling of the child pornography issue and the subsequent melting away of CPC support outside of Western Canada.

Which brings us to the founding convention of the CPC in Montreal, held March 17-19 of this year. The convention was significant, in that it closed the circle started in Canadian politics a decade-and-a-half earlier with the defeat in Parliament of pro-abortion Bill C-43, the decision of Preston Manning to dodge the abortion issue, the success of the Reform party in displacing much of the Conservative party in the West and of Jean Chretien’s dictatorship in the Liberal party. (Chretien ruthlessly silenced his pro-life MPs, refused to allow open nomination challenges to his MPs and adopted the Nazi-like ‘big lie’ tactic of asserting that the abortion debate was over and there was a Charter-given “right” to abortion in Canada).

In his convention speech on the Friday night, Harper expressed his vision of where the party should head on many important issues: free votes for MPs on “conscience” issues, support for the traditional definition of marriage and a re-commitment that a Harper-led Conservative government would introduce no legislation on the issue of abortion. Conservative delegates followed their leader. Harper received an 84 per cent vote of confidence; the delegates (wisely) voted in favour of affirming the PC tradition of free votes for MPs (and rejecting the Reform/CA tradition of voting with constituents). The delegates voted 75 per cent in favour of supporting the traditional definition of marriage and 54 per cent supported Harper’s position that “ a Conservative government will not support any legislation to regulate abortion.” This last resolution required the support of the majority of delegates and a majority of provinces. Only Alberta, Saskatchewan and Manitoba rejected the Harper position on abortion, but it is worth noting that a strong pro-life contingent from Ontario helped ensure that 46 per cent of Ontario delegates opposed this pro-abortion position.

In affirming the right of MPs to vote their consciences on so-called “moral” issues, Harper and the CPC delegates displayed greater respect for the role of individual members of Parliament than we saw from either Preston Manning or Jean Chretien. In abandoning the referendum positions of Manning and Day, Harper and the CPC delegates responsibly closed the book on the Reform/CA experiment of fence-sitting, ducking, obfuscation and hide-and-seek on the important issues facing our country. Let the MPs decide. And let the candidates tell us where they stand. No more referendum talk and no more promises to go along with the mob rule of “majority” or consensus opinion. Please.

Harper’s position on abortion, endorsed by a narrow majority of delegates, is the only serious bad news coming out of the convention, but the decision of delegates will be more hurtful to Harper than to anyone else. According to poll after poll taken year after year, the majority of Canadians support some restriction on abortion and some sort of law to fill the current legislative void. Harper’s cowardice to tackle the abortion issue in an honest way will doubtlessly cost him the votes of many hundreds of thousands of pro-life voters, who may now see no difference between him and Liberal leader Paul Martin on this issue.

Of course, responsible pro-life voters will ignore Martin and Harper’s irresponsible positions on these issues and instead follow the advice of Campaign Life Coalition by voting for local pro-life candidates in their constituencies, regardless of party affiliation. Nonetheless, Harper’s failure to embrace pro-life voters will cost him at the polls, and this represents a missed opportunity for him and for his party.

In narrowly adopting Harper’s previously stated position that his government would not support legislation that restricts abortion, the small majority of delegates have committed themselves to a position that their leader will readily accept as party policy. Pro-lifers are the best losers in Canadian politics – and we are democrats. We accept the party’s decision and we pledge to work harder next time. Two years from now, at the next CPC convention, when the delegates adopt a resolution that commits a CPC government to supporting legislation that recognizes the rights of the unborn, will Harper so readily accept the result? Will the losing side respect the democratic decision, as pro-lifers have this year? 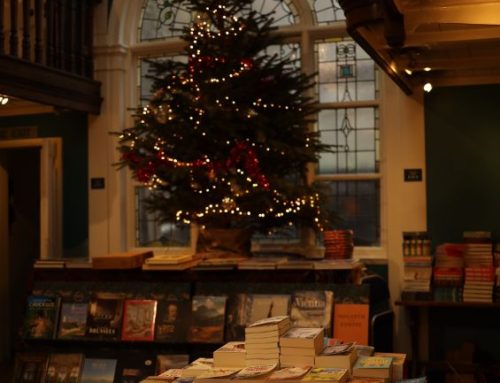