Pro-life and the cancel culture

Pro-life and the cancel culture 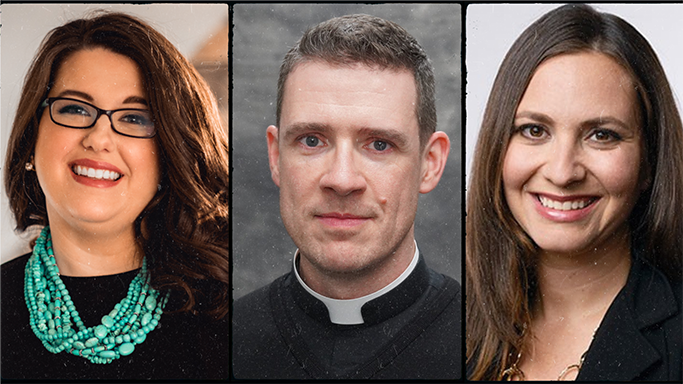 During the Rose Dinner at the National March for Life, there was a panel discussion on the pro-life movement and cancel culture – the trend that sees attacks not only on the ideas that people hold, but the attempt to cancel the people who hold them from polite society, banishing them by firing them from their job, preventing them from posting on social media, and the ending of relationships because of political views.

Long-time pro-life activist Tanya Granic Allen said people must resist the mob – real or online – and that the only way to not be cancelled is to “stand your ground.” She said the “more you self-censor, the more you feed cancel culture.”

Rev. Deacon Andrew Bennett, a former ambassador for religious freedom, said cancel culture is the result of the “fetishization of ideology” in which our political ideas become the entirety of our identity. The “over-emphasis of politics” begins to define “every interaction we have with each other” in which we view one another as ideas rather than as human beings. As a result, the “pride, anger, and envy” some feel leads to a cancel culture. He called this state of affairs deeply disordered and urged Christians to rise above it. Acknowledging that politics is important and has its rightful place, he said “life should be driven by the resurrection, not politics.”

Kristan Hawkins of Students for Life of America said that while it may feel like you are alone when raising the abortion issue in your school or church group, when you attend a March for Life – whether in Washington, Ottawa, or one of the growing number of regional marches for life – “you realize you are not alone.”

The panel then heard video submissions from various people who have been cancelled or are representing those who were, and each panelist commented on them. Carol Crosson, a constitutional lawyer, talked about representing a University of Manitoba medical student expelled for his pro-life views; a Ryerson University student who lost a position on a student newspaper because in a private conversation he quoted the Bible; Guelph Right to Life which is fighting for the right to place their ads on buses; and Toronto Right to Life which refused to sign the federal government’s pro-abortion attestation as a condition for receiving funding for summer students. Ana Revera of Mac Lifeline, the pro-life club at McMaster University, said the club was de-ratified by the student union and that she has been excluded from the activities of her friends over her pro-life views. Catholic Civil Rights League president Phil Horgan talked about Fr. Tony Van Hee, who has been charged with violating the bubble zone law which prohibits pro-life speech near abortuaries, despite the fact Fr. Van Hee’s placards did not mention abortion – they were about free speech.