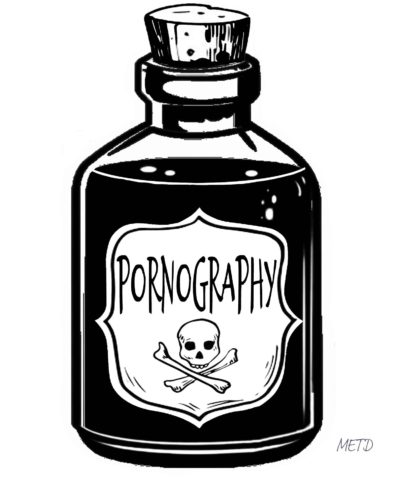 Old films are charming partly for the windows that they open on to the vanished worlds of the past. We hear cadences and colloquia that we might dimly recall from our own youth—or from the phrases of our fathers or grandfathers. We see antiquated manners and styles of dress that have migrated from thrift stores to antique shops—or sometimes even history books. And we see other anachronisms, too—the kind in which period pieces always reveal since they seem so shocking to us now: the universal cultural phenomenon of smoking, for example. In cinema, we find as many smokers on trains and planes as we would today only in a European café; and we find ourselves tut-tutting quietly at the pleasant-but-carcinogenic habit in which those people so unwittingly indulged. But they didn’t know: they were ignorant of the fact that such a common practice could be both so addictive and so deadly. The harm, of course, was done slowly, and only gradually did the damage appear.

What pervasive habits in which our own world now indulges will later generations find equally shocking? What will the “smoking” of the 21st century be? A few candidates are already emerging: a generation saturated by screens, phones, and social media might have seen these things, at first, only as forms of distraction and entertainment. But the mental tethers that they form are not weak, and only when we try to limit “screen time”—for others or for ourselves—do we discover the depths of our dependency.

There is one hyper-novel addiction, however, whose deleterious effects are already obvious, absolutely alarming, and entirely widespread: the corrosive, pervasive, and degrading phenomenon of pornography. There is, of course, a long history of prurient material being communicated through various forms of media. —To take the example of print, there were lurid literary periodicals in the 19th century and glossy magazines in the 20th. But even the advent of television which could broadcast movies with titillating scenes, “specialty” cable channels, and “adult” movies via VCRs—even these perversions compare to internet pornography as the phonograph does to Spotify. “Ubiquitous” is too weak a word to describe pornography’s total cultural saturation today.

It is past time, then, to raise the alarm about this pernicious and addictive degeneracy, as immoral as it is unhealthy. Indeed, a strong case can be made for banning all pornographic material outright. The (often self-interested) defenders of pornography will denounce those who advance such arguments as prohibition-era prudes. But consider how many other forms of material our society is willing to suppress: “hate speech” can be banned, “disinformation” can be instantly disappeared, and material which leads to “radicalization” can be scrubbed with the flick of a switch. How can pornography separate itself from any of these categories? What could be more hateful than material that is destructively exploitative even when it is not explicitly misogynistic and violent? What could be more misinforming to developing imaginations than the perverse performances of porn? And what could be more radicalizing than the habits which transform children into corrupted ghosts, polluted by adulterating images that cannot be unseen?

Even if pornography is not banned, at the very least it should be regulated as strictly as the many serious risks that it presents to public health demand. The addictive nature of this particular perceptual “substance” is only beginning to be understood, but its effects are everywhere visible. We have allowed a generation of young men and women to be raised within the experiential vicinity of a virtual “red light district” whose precincts and depravities are all but limitless; how many millions of them have been paralyzed by pornography’s hypnotic thrall? How many brains have been shocked with incentivizing, dopaminergic spikes that make the benumbing, voyeuristic enticements of porn the only sensation that they can still register? A great poet once said, “Life, friends, is boring”—and while we need not find the anhedonia of addiction lurking in this particular verse, it nevertheless captures the sad state of too many young people today, members of a generation no less “lost” than the one which lived after the Great War.

We must, then, oppose pornography in the public arena, in polite society, in our families, and in our own lives because of the fatal lie that pulses in each of its pixels, pictures, and paragraphs: namely, that human beings are objects to be used. This degrading lie lurks in the heart of every thief, murderer, and tyrant, too—and every vice contains the evil seeds of every other one as well. But what pornography uniquely obscures is the beauty of the human person, the immeasurable value of intimacy, and the ability to become, for one’s beloved, an exclusive, permanent, and fruitful self-gift. The dignity on which these noble possibilities depend is what the degradation of smut, in both its consumption and production, conceals. The pitiable performers who are lured in front of the camera, the perverts who record it, and those who consume it—everyone connected to this industry at any distance is a beautiful and beloved child of God. This is the truth which pornography’s exposures cover up, the truth which we must reveal as we, as a society, put porn, its pomps and its works, behind us, uttering a curse upon its paraphernalia, but only blessings upon its innumerable victims.