All One in Christ

All One in Christ 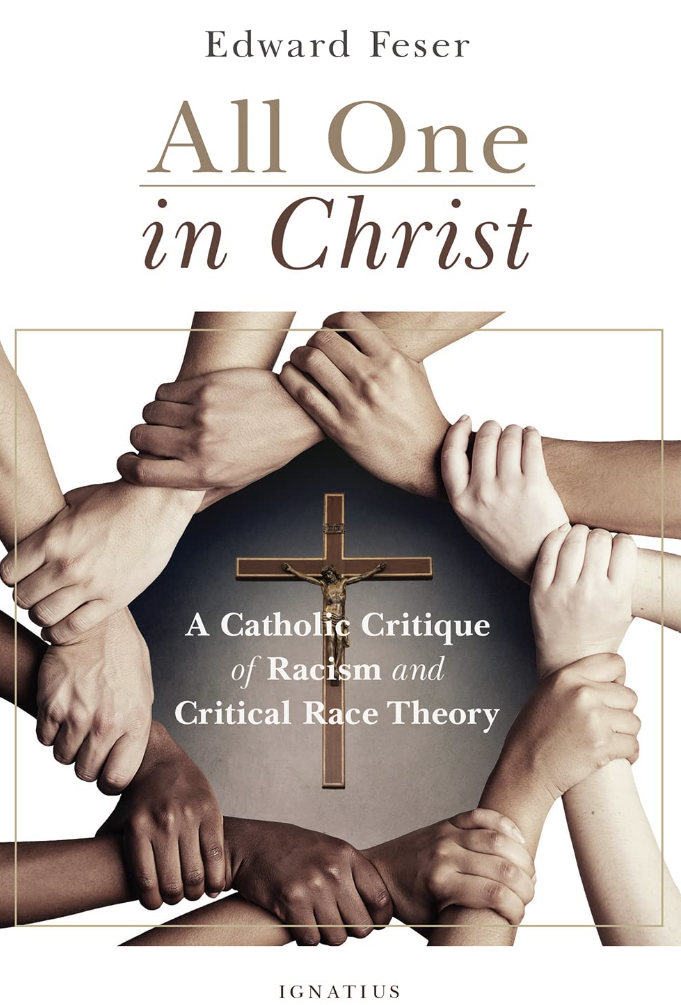 Edward Feser has offered a brief but timely critique of Critical Race Theory that has taken hold of academia and is at the heart of the woke worldview. Feser, taking his title from Paul’s letter to the Galatians (“For all of you who were baptized into Christ have clothed yourselves with Christ. There is neither Jew nor Greek … for you are all one in Christ Jesus. And if you belong to Christ, then you are Abraham’s descendant, heirs according to the promise”) demonstrates that CRT and the anti-racism ideology is unChristian. Feser points out that anti-racism authors such as Ibram X. Kendi base their worldview on an anthropology at odds with Christianity’s fundamental beliefs. He weaves Catholic Church social teaching throughout his brief against CRT to show that the Church opposes racism, quoting Gaudium et Spes from the Second Vatican Council: “Since all men possess a rational soul and are created in God’s likeness, since they have the same nature and origin, have been redeemed by Christ and enjoy the same divine calling and destiny, the basic equality of all must receive increasingly greater recognition.” That is, because all of mankind is created by God in His likeness, we are equal in the most important respect, namely dignity and worth; skin colour, linguistic differences or other markers of racial distinctions matter very little when viewed for the prism of Imago Dei.

After demonstrating the long Catholic tradition of opposing authentic racism, Feser turns to showing how CRT is a danger to unity with a focus on How to Be an Antiracist by Kendi and White Fragility: Why It’s So Hard for White People to Talk about Racism by Robin DiAngelo. He critiques their assertion that racism permeates “every social institution and the psyches of every individual,” so that racism “pervades every vestige of our reality.” Through CRT students are taught that white people are to blame for for every malady in society, that white people are the problem. Ever the philosopher, Feser points out the logical fallacies in their arguments and offers alternative explanations for social phenomenon that result in disparate impacts among peoples. Despite historical illiteracy and logical fallacies, the gist of his argument is metaphysical and anthropological. It all comes back to being made in God’s image and the unity of mankind means accepting this fact imposes moral and social obligations upon us. CRT, influenced by Marxism and post-modernism, is based on conflict and power, not love, and thus cannot be the solution to the problem of racism.