Witnessing requires we live not by lies

Witnessing requires we live not by lies 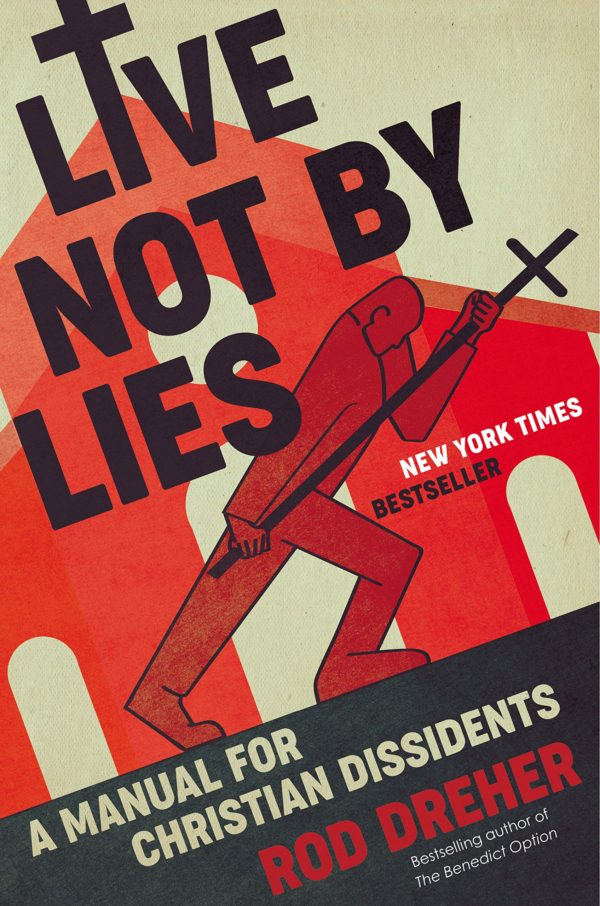 Live Not By Lies: A Manual for Christian Dissidents, by Rod Dreher (Sentinel, $36, 256 pages).

Live Not By Lies is the book I needed someone to write. When I read Aleksandr Solzhenitsyn’s Gulag Archipelago in 2016, it felt like the scales had fallen from my eyes. I began to smell propaganda beneath every compassionate platitude in the progressive vernacular. It has been a delicate path since then, as many hold leftism to be above corruption; or at least that its ends justify the means. Rod Dreher has written a clear, substantiated response to this, which many of us experience as inarticulate uneasiness. He presents a 21st-century America so pacified by its own lies that despotism has no need to tread the hard line of a Soviet concentration camp. Such is the lullaby of liberal materialism.

Dreher calls this atmosphere “soft totalitarianism.” Western society is prosperous but because empirical prosperity has no discernible finitude, we make “progress” an idol. He goes on to demonstrate that we become slaves to progress. Nobody wants to be on the wrong side of history, but neither does anyone want to be subject to personal limitation. This makes us easy targets for consumerist manipulation.

“In liberal democracies,” Dreher says, “the struggle between the Right and the Left is really a contest between conservative progressives and radical progressives over the rate and details of change. What is not in dispute is that the good society is one in which individuals have enough money and personal autonomy to do whatever they like.”

Dreher delivers us from the illusion that economic, post-war conservatism has any power to neutralize a rabid, value-hungry progressivism. Individualism and personal responsibility are not enough; although God knows we lack the latter, what we need is God. Dreher tells us that those who lived under communism in Eastern Europe see North America lapsing into the same cultural conditions as primed the Soviet Bloc for tyranny. In addition to a relativistic weariness, we see loneliness, loss of institutional faith, and “a desire to believe useful lies.” The absence of absolutes has caused many of us to wonder, especially during this pandemic: what won’t people trade for some shallow security?

“What has been will be again, what has been done will be done again; there is nothing new under the sun.” (Ecc. 1:9) It is easy to laugh at the accusation that the Komsomol begins in Kindergarten, or that the KGB is on Tumblr (Keyboard Gender Bending), but it is serious. People are afraid. People lose their jobs. How are we to live out the call of the Gospel without being driven out of the public sphere? Well, persecuted we might be, but Dreher counsels us not to seek it out. He reminds us of the narrow path, and offers a prudent axiom: “if you can’t speak the truth, at least don’t lie.” Dreher does not reduce his observations to grim prophecy, but gives us something missing from most contemporary critics of progressivism: hope.

The strength of Dreher’s book lies in the witness of families and priests from Poland, Czechoslovakia, Romania, Hungary, and Russia. Their stories are like reading the lives of the saints. We know holiness when we see it. The book would be worth reading just for the questions these stories generate: is He really the reason for my life? If I lost everything, would He be enough?

Dreher has written a beautiful, practical Christian response to the ideological warfare afoot.

Christ, who entered history and my history, has already won.

Emma Castellino still has time for reading despite full-time parenting an eight-month old in Hamilton, Ont.