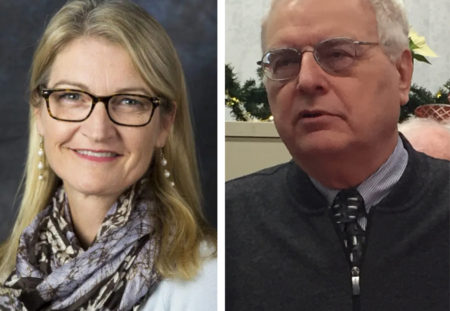 Strongly pro-life and pro-family Catholic school board trustees Michael Del Grande and Helena Karabela, who were both criticized for their faithful witness by their fellow trustees, were reelected in Toronto and Halton respectively.

CLC director of political operations Jack Fonseca wrote in an analysis of the municipal election results, “Five of our staff plus one volunteer have worked at a break-neck pace for several months to do all the work that’s involved” to determine which candidates could be given the green light and encourage CLC supporters to vote for them.

According to Fonseca’s analysis, the 303 green-lit candidates received a total of 825,000 votes. He said it “demonstrates that there exists a strong support base for politicians who support traditional values and oppose ‘woke’ ideology.”

Fonseca said another 15 candidates lost by narrow margins “that might’ve been overcome if only CLC had more resources” or “more supporters had volunteered for our candidates.”

Robert Pella, a candidate for Ward 1 in the Toronto Catholic District School Board, lost to board chair Joe Martino by one vote. Pella is requesting a recount; under Ontario and municipal bylaws there is no automatic recount unless there is a tie vote. Fonseca noted, “If Pella gets the recount and is declared the victor, the board would consist of six faithful Catholics vs. six anti-Catholic heretics, a dramatic shift from the previous board which was made up of four faithful trustees vs. eight dissidents. It could mean that the heretical faction can no longer ram through their agenda.”

A pair of outspokenly pro-life school board trustees were “vindicated” by voters; Toronto Catholic District School Board Trustee Mike Del Grande was returned for Ward 7 with 54 per cent of the vote, beating his closest challenger by 17 percentage points. In the Halton Catholic District School Board, Trustee Helena Karabela was returned in Wards 5 and 6 with 71 per cent of the vote. Del Grande and Karabela were censured by colleagues for violating their respective board’s code of conduct in their defense of Catholic moral principles.

In Chilliwack, B.C., the board of education was taken over by pro-LGBTQ activists, winning an increased 5-2 majority on the board. In recent years, Sexual Orientation and Gender Identity (SOGI) being taught in schools has been a hot topic on the board with local activists and media attacking Barry Neufeld, who lost his bid at re-election, over his opposition to SOGI. Neufeld had to take time out of the final week of campaigning to attend a Supreme Court hearing on a defamation suit in which he is involved. Fonseca said, “It is very sad to lose this courageous child advocate and pro-family hero.” He finished 12th out of 15 candidates; the top seven vote-getters become trustees.

Resolve to do more Gallery

Resolve to do more