Home/Politics/Politics/Q&A with Rod Taylor
Previous Next 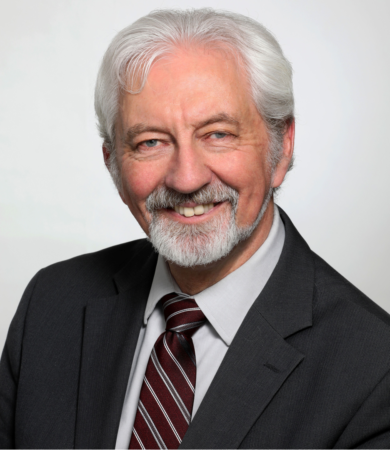 Rod Taylor: Like all Canadians, members of the CHP have felt the negative impacts of lockdowns, isolation, intimidation, restrictions on travel and social gatherings, etc. The official narrative of the mainstream media has caused a lot of division and fear. Even worse is the censorship by Google, Facebook and Twitter. It’s alarming to see how quickly the public can be manipulated. We lament the tragic loss of lives due to COVID but the harsh approaches by both federal and provincial governments have caused more damage than the disease. We at the CHP adjusted our schedules this past year and adopted other communications strategies (like Zoom), but after a year, we realized that the government edicts were wrong. Last year, COVID restrictions forced us to postpone our National Convention; we’ve moved it to Calgary this September. We hope the worst is over but we remain concerned about government coercion and the experimental vaccines.

TI: It is always difficult for parties such as the CHP that do not have representation in the House of Commons to get noticed. What is the CHP doing to raise the party’s profile with the general public?

RT: This is one of our greatest challenges. The mainstream media tends to ignore us. We don’t get the free advertising that MPs and party leaders receive from the taxpayer-funded CBC. And we don’t get the huge amounts of taxpayer money that the established parties receive. After the 2015 election, the Liberal and the Conservative parties each got over $20 million from taxpayers. That can buy a lot of advertising. To reach voters, we know we need to work harder, and we do! We look for grassroots opportunities to speak to individuals, families, and like-minded groups: pro-lifers and family advocates. We distribute a free weekly email Communique on current topics. We conduct weekly interviews for our CHP TALKS podcasts and we advertise on YouTube. We host tables at conferences and try to get our message to the many Canadians who want to see Canada return to her moral roots and heritage.

TI: To some extent, the CHP is usually competing with the Conservatives for votes. With Erin O’Toole proudly declaring himself “pro-choice” have you found that there are more people looking at the CHP as a real alternative in the next federal election?

RT: Yes, definitely. Erin O’Toole has really alienated pro-life social conservatives. He publicly opposed MP Cathay Wagantall’s Bill C-233 and threw Derek Sloan under the bus. I think he has done so much damage to the Conservative brand that he cannot possibly win the next election. Unfortunately, even though he proudly declares himself to be “pro-choice” (pro-abortion), he will not get votes from the true leftists he is trying to impress; they will still vote for the Liberals and the NDP. We have had a number of new members crossing over from the Conservatives to us. The good pro-life MPs still sticking with the shrinking Conservative Party should do the same. In our party, they would be welcome and their pro-life efforts would be appreciated.

TI: The CHP is the only pro-life party in Canada but many pro-lifers believe that voting for the CHP is a “wasted vote.” How do you respond to people who think that way?

RT: The only wasted vote is for a party or a candidate that does not represent your deeply held principles. If Canadians would vote for what they really want instead of voting for the “lesser of two evils,” we might be surprised how many Canadians there are who still care about life, family, and freedom — the three most important planks of our platform. The protection of innocent human life from conception until natural death is the most important single policy that every voter should demand from their politicians. If a candidate will not boldly speak up in defence of innocent human life, traditional family values, and the essential elements of free speech and freedom of conscience, he or she does not deserve your vote. A vote for life is never wasted.

TI: On what other moral issues does the CHP offer a significant alternative to the Conservatives, Liberals, and NDP?

RT: Of course, the CHP still insists that marriage is exclusively designed for one man and one woman. The pressures being brought to bear in regards to gender confusion, even in the classroom, are damaging young lives. The CHP believes the carbon tax is a deceptive tax grab and will do nothing to fix the environment. The CHP believes it is wrong to take the money you work so hard to earn (the harder you work, the more they take). We would replace the “progressive” income tax with a flat-rate sales tax—the Fair Tax—on finished goods. We also would implement mandatory balanced budgets. It’s morally wrong to buy votes today with our grandchildren’s tax dollars. The current national debt and deficit are a disgrace. We would absolutely defend your freedom of speech, freedom of the press, and end the government subsidy of abortion, euthanasia, sex-change operations and the puppet media.

TI: What policies does the CHP offer for those concerned about the state of the family in Canada?

RT: Parental rights and choice in education. Of course, education is primarily a provincial matter but the federal government still has a responsibility to protect its youngest citizens from harm … and that includes harmful and abusive gender-focused education. Parents—not the state and not the schools—should be responsible for the moral upbringing of their children. Our children also need to be protected from excessive debt and taxation which will be the inevitable result of today’s unsustainable federal spending. The CHP would allow income-splitting for all married couples (until the income tax can be replaced with the Fair Tax). We would make adoption easier and less expensive. We would also introduce the PISA (Personal Income Security Account) to give Canadians control over their own employment pension funds.

TI: How is the CHP preparing for the next federal election?

RT: We have been recruiting candidates and conducting on-line training sessions for candidates and official agents since last September. We are doing some pre-election advertising and our Election Readiness Committee has been discussing strategies and designing campaign materials as we reach out to disenfranchised social conservatives across the country who no longer trust the Conservative Party to represent them. We are very pleased with the candidates who have come forward and we’d love to see more potential candidates taking the first steps with us.

TI: What else would you like Interim readers to know about the CHP?

RT: The Christian Heritage Party exists to defend and promote biblical moral values as reflected in the Preamble to Canada’s Charter of Rights and Freedoms, which says: “Canada is founded on principles that recognize the supremacy of God and the rule of law.” Unfortunately, successive governments have violated those principles. The shedding of innocent human blood by the abortion industry, the killing of the elderly by assisted suicide, the indoctrination of young children into harmful lifestyle choices and the reckless descent into crippling levels of debt have undermined our freedom and prosperity. We will continue to offer voters a pro-life, pro-family, pro-freedom choice on the ballot, wherever we can find good candidates. Folks can learn more about us at www.chp.ca We invite potential candidates to contact us and help us present our platform in the next election.

The difficult situation for conservatives in Canada Gallery

The difficult situation for conservatives in Canada

Libertarians and social conservatives together Gallery

Libertarians and social conservatives together