By Oswald Clark and Paul Tuns

Despite contesting the election results due to a number of irregularities in the counting and qualification of votes in several states, President Donald Trump lost the 2020 presidential election to the most pro-abortion candidate offered by either major party—Joe Biden. Biden, a former senator and vice president, repudiated his lifelong record of opposing taxpayer funding of abortion in favour of the new Democrat orthodoxy of abortion-on-demand until at least birth and paid for by taxpayers. Gone are the days of “safe, legal and rare,” jettisoned for abortion for any reason, up-to-and-after-the-moment-of-birth, at taxpayer expense. Biden vowed to legislate a legal right to abortion and appoint pro-abortion judges, perhaps even expand the Supreme Court to neuter what is broadly considered a pro-life majority on the country’s top court.

Trump, on the other hand, appointed the pro-life appellate court judge Amy Coney Barrett to the Supreme Court in the final weeks of the campaign and the Republican majority in the Senate rushed her confirmation, as it was their right to do. Trump’s record on abortion and conscience rights led many pro-life groups to proclaim him the most pro-life president in American history (just as some gay Republicans were claiming him as the most pro-gay president in American history). Trump vociferously opposed all efforts at the United Nations to have abortion declared an international human right, urged Congress to defund Planned Parenthood, outlawed the use of fetal tissue for use in taxpayer-funded research, and rigorously enforced conscience rights through the Department of Health and Human Services.

There are Republican strategists who privately say that the rush to confirm Barrett was a political miscalculation. One such strategist told The Interim that the Republicans effectively took the pro-life issue off the table in the general election campaign by confirming Barrett before election day. He points to exit polling that shows slightly lower support for Trump among evangelicals and Catholics in several hotly contested and close states, including Pennsylvania, Michigan, and Arizona. But considering the increased turnout in the 2020 election, the total number of evangelicals and Mass-going Catholics who voted for Trump this year compared to 2016 actually increased. It was a dubious theory to believe those most committed to voting for pro-life politicians would eschew Trump merely because he succeeded in appointing another pro-life justice to the Supreme Court. 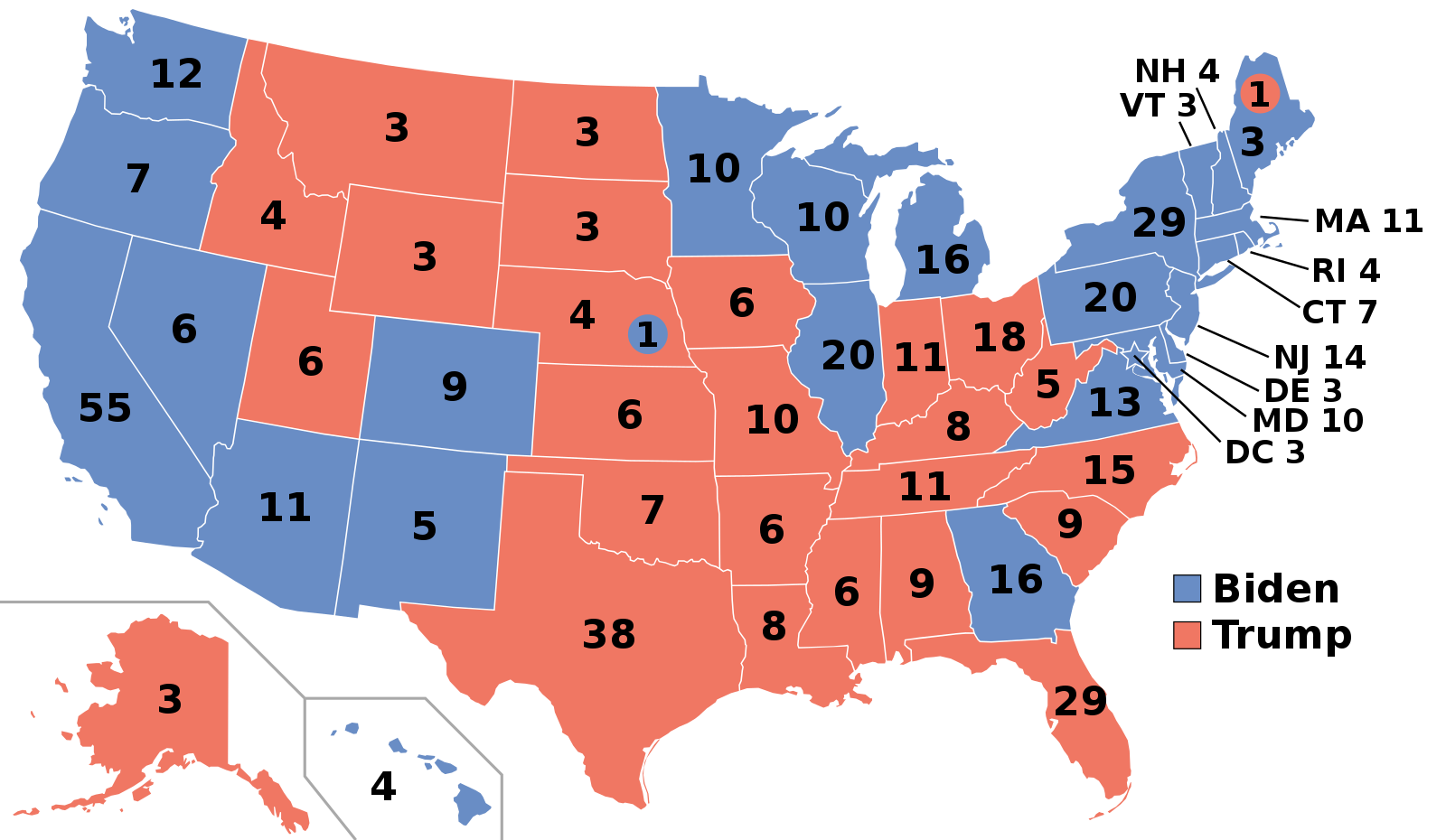 The rush to confirm Barrett was within the context of both polling and a media narrative that had an impending “blue landslide” with Biden winning a comfortable popular vote and sizeable electoral college victory, the Democrats making gains of four of more Senate seats to take control of the chamber, and Republicans losing seats to the Democrat majority in the House of Representatives, where Nancy Pelosi rules the roost. There were concerns among some Republicans that the lame-duck Senate would be less likely to confirm Barrett.

It is easy to understand why the White House rushed to get Barrett confirmed, and whether it was a political mistake is ultimately unknowable.

What is knowable, however, is that pro-life continues to be a benefit for politicians. A McLaughlin & Associates poll taken Nov. 2-3, found that 23 per cent of voters said the abortion issue affected their vote and supported pro-life candidates while 18 per cent of voters said that abortion was a factor in their decision and voted for pro-abortion candidates. That is a five-percentage point advantage for pro-life candidates. The National Right to Life Committee (NRLC) said that “the pro-life vote was a major factor in crushing the ‘blue wave’ from state legislatures to Congress.

Not long into election night, Nov. 3, it was obvious that the blue wave never happened. Biden’s margin in a half dozen states was less than two per cent, the Republicans lost two Senate seats while picking up another, and made gains in the House of Representatives, reducing Pelosi’s majority in the chamber, and Democrats failed to flip a single state legislature their way.

The senate races in Kansas, South Carolina, Montana, and Maine were considered close by polls, but Republicans won all four quite easily. Some pro-life groups were in the awkward position of wanting to see liberal, pro-abortion Republican Senator Susan Collins re-elected in Maine in order for the Republicans to hold the Senate. She did, by eight percentage points. Collins voted to confirm Barrett, and her presence gives the Republicans a likely majority in the Senate which will help the Republicans oppose some of Biden’s most egregious appointments by keeping the machinery of the Senate and the judicial affairs committee in GOP hands.

At the time The Interim went to press, the Republicans had 50 senate seats to 48 for the Democrats (who are joined by independent senator Bernie Sanders in caucus). Two senate races in Georgia went to run-off because no candidate won 50 per cent of the vote. That election will be Jan. 5, and while Democrats are bullish on picking up one or the other, both pro-life incumbent Republicans, David Perdue and Kelly Loeffler are expected to win, giving the Republicans a slightly more comfortable 52-48 majority; in the case of senate tie votes, the vice president, Kamala Harris, will vote to break the tie. If both Republicans lose, the Senate would be 50-50 with Harris called on to routinely break party-line votes.

The NRLC’s director of federal legislation Jennifer Popik noted that the cause of life is in good hands in the Senate, with Republican Senate leader Mitch McConnell winning re-election; described by Popik as “demonstrat(ing) an extraordinary commitment to unborn children” and “unwavering leadership,” he is expected to continue leading Senate Republicans. 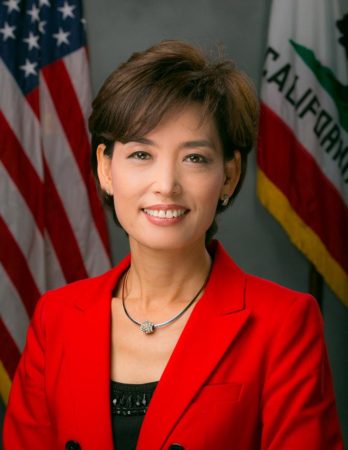 In the House of Representatives, the Republicans picked up at least six seats, although they are still the minority party. The Christian Post reported that the number of pro-life women in the House of Representatives more than doubled, with 11 incumbents re-elected being joined by 13 new pro-life women. Marjorie Dannenfelser, president of the pro-life Susan B. Anthony List, said “These gains are a repudiation of abortion extremism and further evidence that life is a winning issue in politics.”

There were two notable anti-abortion ballot initiatives in two states. In Louisiana, voters overwhelmingly voted to approved Amendment #1 stating that there was no right to abortion and that state judges cannot “find” one. It passed with more than 62 per cent of the vote. In Colorado, Proposition 115, which if passed would ban abortion after 22 weeks gestation, was defeated 59 per cent to 41.

There is much debate about the future of Trumpism, whatever that is. What should be clear is that the Republican Party is, for the time being, even more pro-life than it has been. How much can be accomplished on the file in deeply polarized Congress and a Democrat Party committed to total abortion, only time can reveal. But Biden ran as a moderate who finds compromise. Will his party with the unrepentant pro-abortion Nancy Pelosi and Alexandria Ocasio-Cortez, the unofficial leader of the party’s far-left wing, let him reach across the isle to find common ground?

Among the first actions of presidents Bill Clinton and Barack Obama were executive orders repealing the Mexico City policy that outlawed American funding of international groups that commit abortions. Trump reinstated and strengthened the policy. Biden has said he will have a busy first week as president repealing Trump executive orders and he is expected to reinstate US taxpayer funding of abortion abroad. Despite holding the Senate and gaining in the House, Republicans are powerless to stop Biden from issuing executive orders. But they could pass laws limiting their effects. The first test for pro-life Republicans will come quickly.