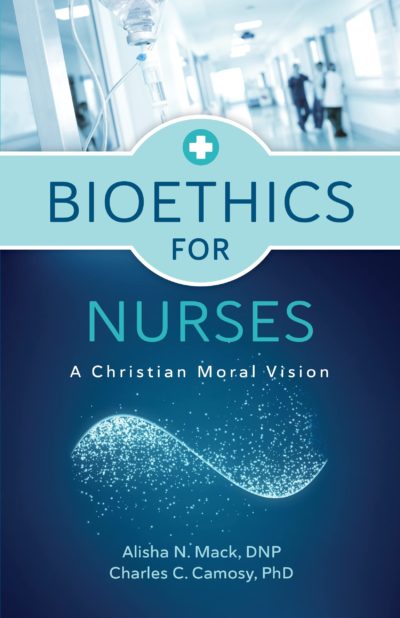 Alisha Mack, an assistant professor of nursing at Wesleyan University and Dr. Charles Comosey, a bioethicist and professor of theological and social ethics at Fordham University, have come together to write the first bioethics book dedicated to nurses and nursing—Bioethics for Nurses: A Christian Moral Vision. Millions of nurses around the world identify as Christian. The U.S. is still a largely religious nation, with about 25 per cent identifying as evangelical Protestant and 20 per cent identifying as Catholic. Of that, a little more than one million nurses are evangelical, just under on million are Catholic, and about one million are mainline Protestant. The authors note that female immigrants of colour in the U.S. come from deeply religious areas of the world including Mexico, the Philippines, Central and South America, the Caribbean, and Africa, and many of them work in the field of nursing. The Journal of Christian Nursing has found that Christian nurses have a “reliance on God for strength” and Catholic nurses, in particular, are committed to embodying the gospel of Jesus Christ and the traditions of the Church. A study by the Journal revealed another important fact about Christian nurses: “their faith demands that they practice nursing in a certain way. After all, it was their faith which led them to be nurses in the first place!” Mack and Comosey describe the Christian roots of nursing; challenge the idea that doctoring is somehow more important than nursing; make a case of “common Christian theological ideas and principles” to shape a vision of nursing; and show how a Christian bioethical approach to nursing remains possible today and in the foreseeable future. The practice of a holistic Christian notion of nursing should not preclude nurses having to choose between their faith and their profession.