The progressive war on fun

The progressive war on fun

The Rise of the New Puritans: Fighting Back Against Progressives’ War on Fun:
by Noah Rothman (Broadside Books, $36, 300 pages) 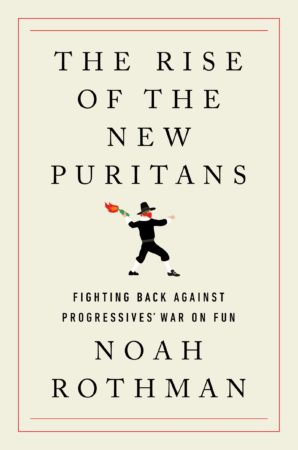 Noah Rothman, an associate editor at the Jewish monthly magazine Commentary and author of Unjust: Social Justice and the Unmaking of America, has turned his eye to the modern left’s puritanical moralizing and asceticism in a fun jaunt of a book, The Rise of the New Puritans: Fighting Back Against Progressives’ War on Fun. Rothman recalls H.L. Mencken’s “contemptuous line” that puritanism is the “haunting fear that someone, somewhere may be happy.” As contemptuous as Mencken’s remark is,

Rothman very briefly notes the joyless and austere lives of the 17th century English religious sect known a puritans, and although he acknowledges the sincere theological beliefs of puritans he is also correct in criticizing their extreme self-denial and social policing of vice that more often than not created hypocrites and classes of shunned sinners than the perfect, virtuous society they sought to enforce.

Rothman does not dwell on the original puritans; the focus of the book, as the title indicates, is the New Puritans, the modern progressive Left that seeks to strictly enforce a politically correct orthodoxy and cancel anyone who runs afoul of their new (and constantly changing) morality. The toxic piling on we routinely see against conservatives on social media is the modern version of putting violators of the elite’s moral codes in the stocks to be mocked and pilloried. One bad joke, one wrong viewpoint can unleash calls for a person to be disciplined, including fired from their livelihood. What is missing from the quasi-religious New Puritans is grace.

Rothman covers vast ground, from efforts to eliminate eating meat and smoking tobacco to ending ethnic jokes and cultural appropriation. Rothman points out that policing morality was once mostly a conservative phenomenon but now both sides, but more prevalently the illiberal Left, take part in enforcing a narrow orthodoxy.

The New Puritans are different from the early religious sect in one important respect: while the original puritans were in fact religious, the New Puritans and their customs are “aesthetically religious” and their enforcement “demonstrate how no person or profession can exist outside politics anymore.” Rothman quotes historian Jack P. Green, that early “Puritans organized themselves into ‘tightly constructed and relatively independent communities in which inhabitants formally covenanted with each other to comprise unified social organisms.” The New Puritans compel compliance with their worldview; Rothman notes “today’s progressive activists pride themselves in their support for diversity in all spheres of public life – all spheres, that is, save intellectual life.” What is favoured by the progressive Left community must be imposed on all others, and if it cannot be imposed, then at least violations of their chosen norms will be subject to severe punishment, or at least calls for severe punishment, often wildly out of proportion to the supposed harm done.

Turning his attention to politics, Rothman illustrates that “culture is not fabricated in Washington and imposed in a top-down fashion on the rest of the country,” arguing that “when Democratic politicians promised their voters that they could rewrite the American social compact at will, they were lying to their constituents and, quite probably, themselves.”

The author concludes with G.K. Chesterton who found man’s “very power of enjoyment destroyed half his joys” because the “chief pleasure is surprise.” Rothman says the “perfectly ordered world is the enemy of happiness, as is the arrogance associated with the presumption that we are capable of ordering anything indefinitely.” Returning to the often-paradoxical observations of Chesterton, Rothman quotes his wise words: “the mightiest of the pleasures of man, is at bottom entirely humble. It is impossible without humility to enjoy anything – even pride.” Along with grace, the New Puritans lack the humility to understand the limits of their worldview or their efforts to police and enforce it. Rothman is hopeful that this period of politically correct, strictly enforced orthodoxy will pass, but even if it does it will “leave its marks on Western history” as he wonders how historians in the future will look upon our contemptuous and pitiful time. But by then, he predicts, the puritanical cycle will begin anew. 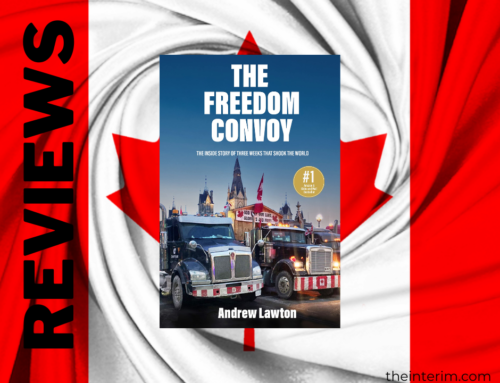 Trucker Convoy 2022: the rise and fall of a Canadian freedom movement Gallery

Trucker Convoy 2022: the rise and fall of a Canadian freedom movement