Books of the Day — Road to Redemption: The Liberal Party of Canada

Books of the Day — Road to Redemption: The Liberal Party of Canada 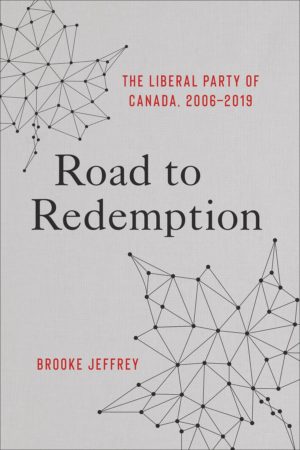 Brooke Jeffrey, a Concordia University professor of political science and long-time Liberal activist, follows up her history of the party during the Chretien-Martin feud, Divided Loyalties, with a volume that looks at the post-Martin political lows of the party and its revival under Justin Trudeau. The full first half of the book looks at the disarray in the party following Stephen Harper’s 2006 minority government win and subsequent larger victory over Stephane Dion and majority over Michael Ignatieff. The second half is on the post-Iggy “redemption” of fixing the internal problems of the party, which led the membership to decisively choose Justin Trudeau as its leader in 2013. Two years later, Trudeau brought the Liberals back to power, winning a majority. But to Jeffrey, the victory did not only reflect a dynamic new leader, a new “messiah” as the author says, but rather addressing long-standing organizational and cultural weaknesses within the party. Trudeau’s leadership victory and general election win were not merely a result of his name or charisma, but his “mastery of political organization at the grassroots level.” The party fixed its relationship to local riding association, while at the same time centralizing processes through the national executive. Or so, Jeffrey argues. The Liberals certainly upped its data-driven ground-game under Trudeau and his top advisors, Gerald Butts and Katie Telford, which had become stale under the Chretien-Martin leaderships. A combination of insider account and academic treatment, Road to Redemption will be interesting to political junkies and important for historians.

Of particular interest to readers of The Interim will be the too-brief section on “candidate recruitment” and how Trudeau dealt with the pro-life issue, namely dictating that all candidates and MPs toe the pro-abortion line of the party. Jeffrey, like many party elite, blame “single-issue interests groups” such as Campaign Life, which “orchestrated” Tom Wappel’s victory over party favourite Patrick Johnston in Scarborough West in 1988, for the presence of pro-lifers within its caucus ranks.