Books of The Day: Religion and the Rise of Capitalism

Home/Books of the Day, Society & Culture/Books of The Day: Religion and the Rise of Capitalism
Previous Next

Books of The Day: Religion and the Rise of Capitalism 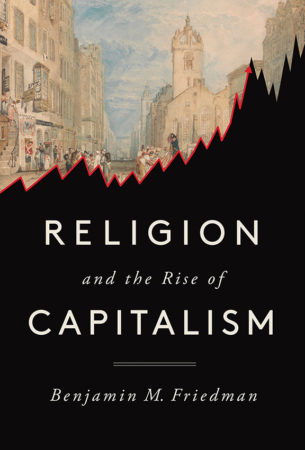 Benjamin M. Friedman, a former chairman of the Harvard economics department, has written a masterful and accessible intellectual history showing, not as R.H. Tawney did in his book of the same title in the early 1900s about the influence of religion on economics but rather how religious ideas have influenced economic thought. It is a subtle but important distinction. Friedman is weakest when he seeks to reconcile how low-income, socially conservative voters in America, can vote against their economic self-interest by supporting Republicans. But present-day politics aside, this book excels on that which is its focus, namely analyzing theological debates and how they coincide with philosophical debates and the political realities of progress and prosperity. The Anglo-Protestant tradition broke with the Calvinist ideas of predestination and man’s innate depravity to argue for a political economy that promoted economic flourishing as a precondition for human progress. Late 19th century American reformers preached a social gospel that buttressed a more robust government intervention to ensure human flourishing, or at least the provision of subsistence. Friedman again loses the plot when he ventures into current sociology in examining what is often called the Washington Consensus that has dominated the western world since the 1980s – low taxes, smaller welfare state, and free trade. Here he makes a fantastical leap, saying that adherence to laissez-faire economics, influenced as it has been by religious ideas over the past few centuries, has taken on a religious sensibility of its own. This might be true, but Friedman fails to make the case. That said, the scholarship in Religion and the Rise of Capitalism does a great service in explaining how the predominant religious ideas of their day influenced the likes of Adam Smith and David Hume, among others, and thus current economic thinking.