FEBRUARY: BOOKS OF THE DAY

Home/Books of the Day/FEBRUARY: BOOKS OF THE DAY
Previous Next

FEBRUARY: BOOKS OF THE DAY

Cynical Theories: How Activist Scholarship Made Everything about Race, Gender, and Identity 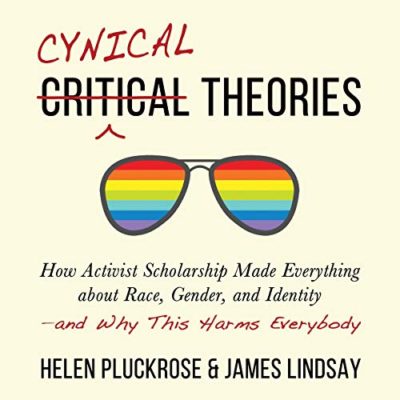 Helen Pluckrose (a historian) and James Lindsay (a mathematician) have provided a useful public service by exposing the bogus “scholarship” that infects too much of the modern university and how this politically motivated work has jumped from being a self-perpetuating field of study in the academy to the real world of corporations, media, politics, and even popular discourse. It used to be said that students stewed in Critical Theory, which questions the whole project of Western Civilization, claims there is no truth and prizes victim status, would either go on to teach it to the next generation of students or join the Real World and forget the bunk they were taught. That assumption proved wrong. Instead, the universities are graduating armies of young people who doubt the logic of western civilization and believe that knowledge is a mere social construct. Despite undermining traditional truths, Critical Theorists are confident that they can right wrongs, which usually involve tearing down white, male structures which they consider a privileged authoritarian orthodoxy and elevating previously under-represented groups (there is little room for individuals in this worldview). Very quickly, the old orthodoxy is replaced by a new, less-forgiving one that seeks out limitless wrongs to be corrected.

With chapters on postmodernism, postcolonialism, queer theory, critical race theory, gender studies, social justice scholarship, and even fat studies, the authors are thorough in looking at the intellectual developments that have brought us to where we are today. Where they come up short is believing that a liberalism without identity politics can rescue us from the madness of Critical Theory; the various post-Enlightenment liberties, it might be argued led to Critical Theory’s ascendency and a politics of common-good conservatism is the better tonic to the dangerous groupthink inherent in identity politics.

The Enchantments of Mammon: How Capitalism Became the Religion of Modernity 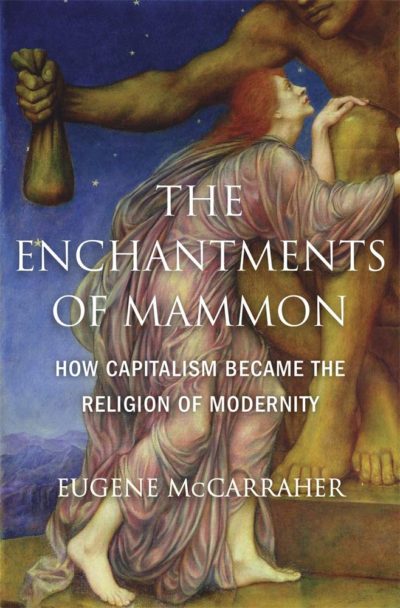 The Enchantments of Mammon is a magnificent work of historical scholarship, a thorough account of the rise of capitalism in the modern age. And yet it is not an economics tome, or even really a history, but rather a treatise on religion and the values that pervade society. It is also full of moral insights, with stinging critiques of a worldview that reduces human experience to opportunities for exchange. McCarraher, a professor of humanities at Villanova University, argues that capitalism takes on a religious quality (nothing new in that analysis), but one that is less rational than traditional religions are made out to be by non-believers, many of whom believe passionately in the enchantments of capitalism. Capitalism, says McCarraher, is an idolatry, in which God’s creation is improved by the processes of manufacturing and commerce. He is not wrong, but he over-states his case. Quoting social critics and poets (Thomas Carlyle and Gerard Manley Hopkins make appearances), McCarraher is more romantic than Marxist, which gives his critique a certain charm. There are a number of not-so-small problems, including the lack of a clear definition of what McCarraher means by capitalism, but this meticulously researched volume is rewarding enough — despite its heft and price tag — if scholarly work on this topic is the sort that interests a reader; The Enchantments of Mammon is highly readable because the author weaves an impressive narrative throughout, even if (again) he over-states his case. Regardless of the reader’s priors regarding capitalism (however defined), it is hard to take issue with McCarraher’s argument that placing one’s faith in an economic system rather than God results in the “misenchantments” he describes, considering that all copycats of authentic religion come up short of real enchantments. Even supporters of free markets do not believe that wealth-creation is the highest good, but rather a means to the end of a more thorough human flourishing. To that end, The Enchantments of Mammon, is a useful reminder.