Artificial intelligence will lead to dystopia

Artificial intelligence will lead to dystopia 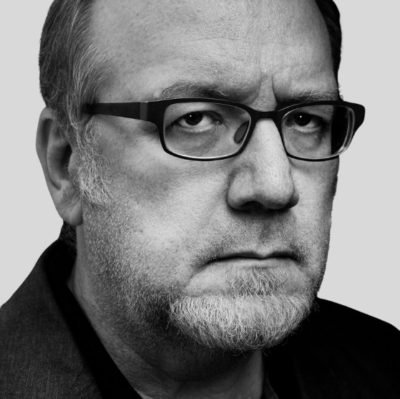 Late this summer The New York Times published a story on Disney’s latest generation of animatronic attractions at their theme parks. Disney’s animatronic performers are a series of creations that go back to 1963 and the opening of the Enchanted Tiki Room at Disneyland; they include the talking Abe Lincoln that debuted at the 1964 World’s Fair, the singing cartoon kiddies at the “It’s A Small World” exhibit, and a Ben Franklin that walked up stairs at Epcot.

They’ve been introduced with an avalanche of publicity at every new iteration – the Times piece is just the latest PR effusion – but the hook this time out is that Disney’s new robotics feature artificial intelligence, which means they interact with visitors using a degree of autonomy. With ample Disney budgets and cherry-picked talent that includes recruits from Boston Dynamics – the company that gave us those eerie robot dogs and soldiers that run obstacle courses and recover from shoves and trips – they launched Project Kiwi, which will bring animatronic versions of superhero characters from the Marvel and Star Wars franchises to the parks.

The Times piece begins with the writer being directed to a shadowy warehouse in a Los Angeles suburb, where he is asked not to bring his phone or any recording device before being ushered into a room where a little wrinkled hand reaches out from behind a curtain. The curtain parts to reveal Groot – Baby Groot, technically – the sentient tree from the Guardians of the Galaxy films. The little robot walks toward the writer, then slumps his shoulders sadly when it elicits no apparent reaction. “Don’t be sad,” the writer blurts out, and Groot breaks out into a little dance.

“I wanted to hug him. And take him home,” the writer tells us.

Well, yes, but I don’t often find myself charmed so easily by these ever more responsive and seamless mechanical avatars, which have been debuting at regular intervals my whole life. To be frank I find them disquieting – at first by their jerky, faintly sinister approximations of human movement and physiognomy, and lately by their rapidly increasing refinement, none of which does anything to mask what still comes across as disturbingly inhuman.

But maybe that’s just me – I’m the sort of person who likes to spoil movies when I figure out the plot twists, usually in the first ten minutes. 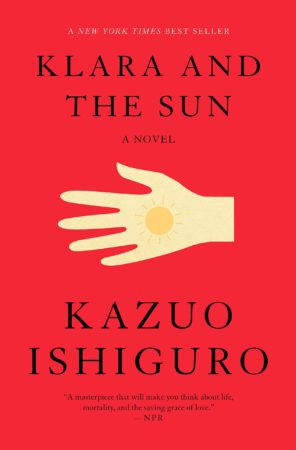 These sorts of reactions are very much in play in Klara and the Sun, the latest novel by Nobel Prize-winning writer Kazuo Ishiguro. Like his earlier novel Never Let Me Go, it’s a kind of science fiction, albeit not the sort full of hyperdrives and terraforming and intergalactic diplomacy and conflict.

While Never Let Me Go was about cloning and ethics, Klara and the Sun is about robots and AI and the near limits of humanity, expressed as a first-person narrative by Klara, an AF (Artificial Friend) designed to be the companion to Josie, a gifted and privileged young girl living in the countryside in some imminent future.

Like the earlier novel, Klara and the Sun is set in one of those near-futures where Something has gone Wrong – a nameless calamity that we have somehow learned to live with, in a world that resembles our own with some small but crucial alterations. On the surface, the world that Klara and Josie inhabit isn’t terribly different from our own; there are no space colonies or starships, and little hint that anything looks much different from the present day.

Curiously, while cars still require a human behind the wheel, we have managed to produce incredibly lifelike androids – artificially intelligent machines including Artificial Friends, built to be companions to privileged teenagers like Josie who no longer attend school in person, but live isolated lives at home with their families, cramming for their studies remotely with professors they interact with online.

Because the other futuristic alteration in this world is “lifting” – the genetic enhancement of children whose parents have the means to give their offspring what is understood to be a crucial advantage in a technology-centred society. (While elective gene doctoring is thankfully still just over the horizon for us, pandemic lockdowns and an increasing distrust of schools, both public and private, has made the isolation of young people at a crucial time in their lives a palpable reality that Ishiguro might not have anticipated when he began writing his book.)

Not obliged to pay service to sci-fi narrative obligations, Ishiguro leaves the actual science behind AFs and “lifting” vague. All we do know is that being lifted might be a health risk for some children – Josie is sickly, and had a sister who apparently died years previous – and that AFs have become both a status symbol and a necessity for privileged but poorly socialized children whose emotional skills and empathy lag miles behind their enhanced intelligence.

Writing from Klara’s perspective, Ishiguro does a great job of giving us a sense of how a machine learns and perceives the world; navigating new spaces, Klara divides the scene into boxes to be analyzed in sequence, much the way self-driving cars learn to negotiate traffic. But there’s also no doubt that Klara is sentient, that there’s a conscience in play, and even emotions.

Curiously, the writer has the solar-powered android conceive of a vivid, sometimes mystical cosmology where, not surprisingly, the sun is a deity, able to restore life and health, and where pollution is an infernal threat to the relationship between the deity and its world. It’s an undeniably pagan theology, one experiencing a kind of revival in the post-Christian west, and shared by political environmentalism.

Some of the most interesting scenes depict how human beings interact with and react to an AF like Klara. A few people have become comfortable with them, treating them with a careful respect not unlike how most of us treat a social inferior or a disabled person.

Others find them uncomfortable to be around, troubled by whether to treat them like pets or appliances if they lack the full dignity of a real person. Some of Josie’s lifted but still very teenaged peers treat them like toys, to be mildly abused and thrown around just to see if their high-level robotics and processing power help them stick a landing.

What’s fascinating is how Klara can clearly conceive of a God and entreat with it, while the humans around her more clearly exist in a world where the sacred has been largely displaced by utility. They seem confused by life itself; with God absent, they’re unable to make a clear distinction between what makes them unique, compared to the undeniably sentient beings they’ve created as companions. Among Josie’s lifted friends and their parents, the unlifted are already regarded as lacking equal status and dignity.

With the concept of a soul off the table – or at least a soul as a divine gift, unique to each human life – there’s the nagging question about whether consciousness and feelings make something very much like a soul, and if there might be something immoral and sinful about mistreating and discarding a machine that develops emotions and elicits them in us.

It’s an echo of the debate we were forced to have about slavery for centuries, when the Christian sense of the human as an echo of the divine gradually but inevitably made us acknowledge general humanity. In Klara and the Sun, however, those centuries of debate are missing, and nobody can find the language to articulate just what it is about AFs that elicits a simmering but unmistakable undercurrent of guilt.

A real science fiction writer would conclude with a robot uprising against vulnerable humans who’ve become too reliant on their androids while moving too slowly to acknowledge the humanity they’ve hardwired into their creations. It’s the sort of story that’s inevitably dystopic, because it’s hard to imagine anything really transcendent in a human-centred world.

Thankfully Ishiguro isn’t that kind of writer, and instead he brings his story to a sad, quietly troubling, but eminently plausible conclusion – one that might be coming to a screen near you, as (like Ishiguro’s novels Remains of the Day and Never Let Me Go) Klara and the Sun has been bought for a movie adaptation.

It’s all very troubling because, like genetic tampering, I think AI will become more of a factor in our lives moving forward – not suddenly, as it seems to have overtaken the world of Klara and the Sun, but so gradually that we won’t notice how integral it has become to our lives. I might not live to see the discomfort that AFs will provoke in people, and for that I’m truly grateful. I’ve lived the last two years in a world where Something has gone undeniably Wrong, and like many, I’ve learned how awful it is to live in science fiction.