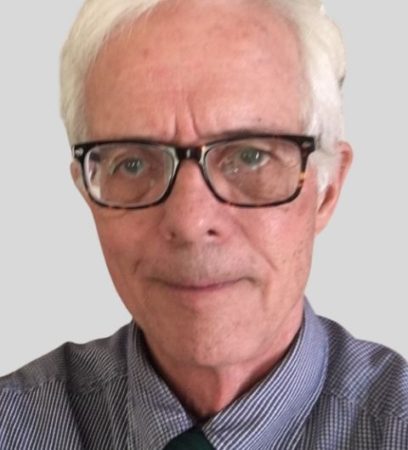 Judging from the questions and comments during oral arguments in the Supreme Court of the United States on Dec. 1 in the Mississippi abortion case Dobbs v. Jackson Women’s Health Organization, it seems likely, although far from certain, that the Court will finally decide in its ruling in Dobbs next June to reverse the calamitous judgment in Roe v. Wade (1973) that struck down all state laws prohibiting abortion prior to viability.

Supporters of abortion on demand are aghast at the prospect. In a lead editorial on Dec. 2, the Washington Post argued that the Court should safeguard the stability and predictability of the law, by only rarely overturning precedents, especially in cases like Roe which was reviewed, reaffirmed, and solidly established in law by Planned Parenthood v. Casey (1992). In such instances, the Post contended, “the court should reverse only decisions that have proved, with the wisdom of hindsight, to be wildly bad.

“That is not the case with Roe or Casey.”

Is that right? Roe and Casey have led to the deliberate killing of more than 60 million unborn children. What could be worse?

In joint reasons for the majority in Casey, Justices Sandra Day O’Connor, Anthony Kennedy, and David Souter agreed with the conclusion in Roe that a woman has a constitutional right to abort her child prior to viability on the ground that “intimate and personal choices” like the decision to keep or abort a child are “central to the liberty protected by the Fourteenth Amendment.”

Again, really? The 14th Amendment provides that no state shall “deprive any person of life, liberty, or property, without due process of law; nor deny to any person within its jurisdiction the equal protection of the laws.” The rulings in Casey and Roe would have us believe that these provisions upholding life and liberty imply that women have a constitutional right to abortion.

In an attempt to support this novel viewpoint, the majority of the Court in Casey maintained that a baby in the womb does not constitute a person within the meaning of the 14th Amendment. Together, O’Connor, Kennedy and Souter stated: “At the heart of liberty is the right to define one’s own concept of existence, of meaning, of the universe, and of the mystery of human life. Beliefs about these matters could not define the attributes of personhood were they formed under compulsion of the State.”

In plain language, these judges suggested in Casey that any woman who thinks her baby in the womb is not a person with an inalienable right to life has a constitutional right to abortion.

Is this twisted interpretation of the 14th Amendment consistent with the original understanding of the amendment when it was adopted in 1866? Absolutely not. But that was of no concern to O’Connor, Kennedy, and Souter. Like all judicial activists, they presumed that the Constitution is a living tradition that judges can shape to accord with their personal preferences.

In essence, judicial activists insist that the Constitution is what the Supreme Court says it is.

The late, great Justice Antonin Scalia emphatically disagreed with this unbridled approach to constitutional interpretation. He maintained that judges should respect the separation of legislative and judicial powers by steadfastly upholding the plain words of the laws and the Constitution as originally understood.

Sir William Blackstone took the same view. In his classic Commentaries on the Laws of England, a text that used to be practically revered as Holy Writ by judges in all Common Law countries, he pointed out that if legislative and judicial powers are combined in the judiciary, ”the life, liberty, and property of the subject would be in the hands of arbitrary judges, whose decisions would be then regulated only by their own opinions, and not by any fundamental principles of law; which, though legislators may depart from, yet judges are bound to observe.”

On this basis, Scalia strenuously dissented from Casey and insisted that Roe should be overturned. In Scalia’s view, the Constitution says absolutely nothing about abortion. Therefore: “The States may, if they wish, permit abortion-on-demand, but the Constitution does not require them to do so. The permissibility of abortion, and the limitations upon it, are to be resolved like most important questions in our democracy: by citizens trying to persuade one another and then voting.”

Six of the nine justices on the United States Supreme Court are textualists and originalists in the mold of Scalia. Justice Jerome Kavanagh is one of these textualists. During oral arguments in Dobbs, he recalled that a majority of the Supreme Court held in the notorious case of Plessy v. Ferguson, (1992) that the equal protection clause of the 14th Amendment permits the states to enforce racial segregation provided blacks have access to “separate but equal” facilities to whites.

For more than 60 years, Plessy stood as the legal basis for racial segregation throughout the South of the United States. It was not until the epic ruling in Brown v. Board of Education (1954) that the Supreme Court reversed Plessy on the ground that Plessy had been wrongly decided as a result of a fundamental misinterpretation of the 14th Amendment.

Count Kavanagh as one of the five justices who are likely in the upcoming Dobbs ruling to reverse Roe and Casey.

Not all judicial activists are on the left. Some, both in Canada and the United States, are on the right. They think conservative judges should abandon originalism in favor of handing down interpretations of the Constitution that conform to the judges’ moral convictions and preferred policies on everything from lockdowns and face masks to assisted suicide and abortion.

In an article published last year in The Atlantic, Harvard Law Professor Adrian Vermeule advocated this right-wing viewpoint: “Originalism has now outlived its utility,” he claimed, “and has become an obstacle to the development of a robust, substantively conservative approach to constitutional law and interpretation. Such an approach—one might call it “common-good constitutionalism”—should be based on the principles that government helps direct persons, associations, and society generally toward the common good, and that strong rule in the interest of attaining the common good is entirely legitimate.”

The Spanish dictator General Francisco Franco would have agreed that “strong rule in the interest of attaining the common good is entirely legitimate.” Granted, Vermeule would reject Franco’s interpretation of the common good. But why does Vermeule think judges should be trusted with autocratic power to impose their understanding of the common good in view of such appalling precedents as Dred Scott (which denied the rights of citizenship and constitutional protections to blacks), Plessy, Roe, and Casey?

Some eminent commentators urge that the majority of the Supreme Court in Dobbs should read the equal protection clause of the 14th Amendment to mean that the states not only can, but must refrain from enacting any laws restricting abortion. Would such a ruling settle the abortion debate once and for all?

Most surely not. Such a judgment would not only usurp legislative powers, but also shake the legitimacy of the Court to its foundations and undermine the pro-life cause. The dreadful Roe decision and its 1988 Morgentaler counterpart in Canada have long made clear that the abortion controversy cannot be ended by judicial decree. Only elected representatives of the people acting with broad public support can effectively eliminate the great evil of legalized abortion.

Scalia was right: The United States Supreme Court should reverse Roe so elected legislators, not unelected and unaccountable judges, can determine laws and policies in relation to abortion. Already 22 of the 50 states have laws that could restrict abortion once the Supreme Court reverses Roe. Enforcing those laws would be a good beginning. Thereafter, pro-lifers should concentrate on persuading elected legislators in all states to join in a concerted campaign to outlaw abortion altogether.

Who Shall Inherit the Earth? Gallery

Who Shall Inherit the Earth?

New Womb with a View podcast aimed a young pro-lifers