A message of hope

A message of hope 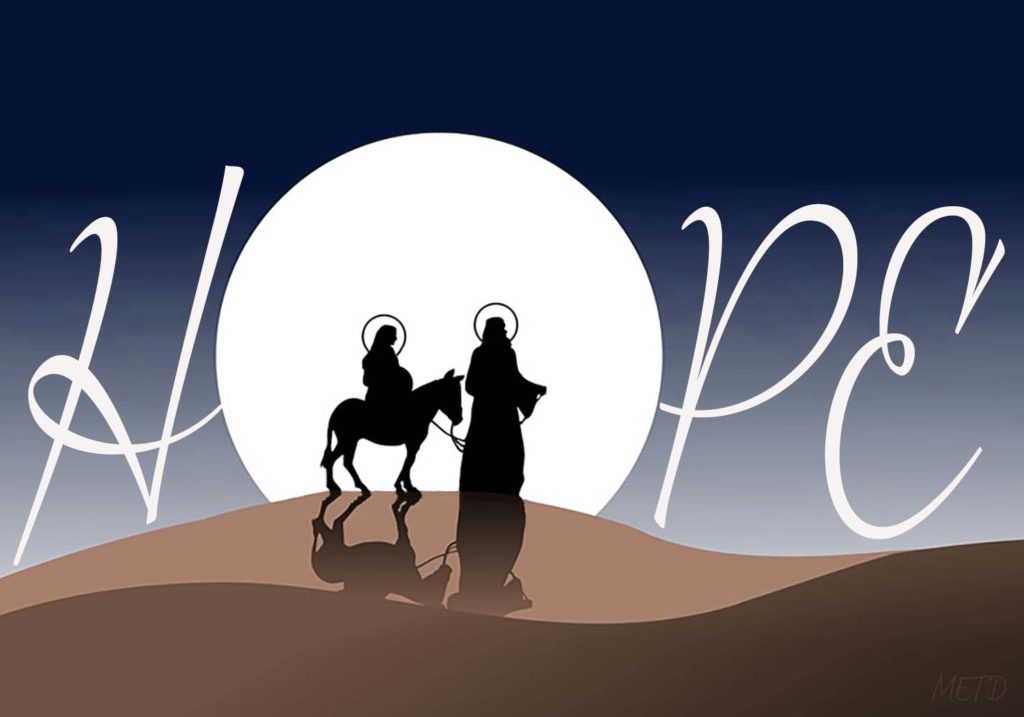 In one of Kafka’s haunting parables, “An Imperial Message,” we read of an august Emperor who dispatches a daring, trusted messenger with a communication from his deathbed which is specifically for you, the most humble subject in his realm. But although this emissary is full of dignity, authority, and power his errand is hopeless. Layers upon layers of walls and palaces, and then the great imperial city itself, prevent his words from reaching your ears. And so, the vignette concludes: “Nobody could fight his way through here even with a message from a dead man. But you sit at your window when evening falls and dream it to yourself.”

At one level, this strange story offers a wry comment of Christianity in the modern world, a world where even God’s message must slip through human sieves, and the Divine Messenger Himself is somehow hindered by obstructive assistants and institutions. And yet, more invincible than even the courier who is mysteriously impeded is the hope of the human heart: we long for the impossible promise, the words of a God.

But how would such a Word ever reach us? Kafka is surely right about the human impulse to weigh down, complicate, and convolute things that were once light, simple, and plain; this tendency could even hamper the transmission of Revelation. But how, then, would the Imperial Message even appear in the countryside? If human vessels might leak and a direct manifestation of God’s Word would saturate—overwhelming us with Its power, and dazzling us with Its grandeur—how could God reveal Himself?

The answer, of course, is that God chose other means: rather than passing haphazardly through the channels of man, and instead of cascading directly into the world as a tremendous divine torrent, He came as “rain,”—that is, he appeared as a humble nourishing element which was fit for human needs and sized to human scale. Indeed, God Himself secured the channel to man by becoming a man; the Emperor sent us no other message but Himself.

Thus, would God’s Word not overpower; in sending also His Spirit—the “meaning” and “sense” of the Word, the vital, living connection to Its generative Thought—He also protected it from the grossest forms of falsification, misrepresentation, and error. There is, of course, a “weakness” in God’s radical method of self-communication: misrecognition, the fact that the Divine Message might not be seen as such. As the inhabitants of Nazareth once asked themselves after Christ began His ministry: “Is not this the carpenter’s son?” (Mt 13:55)

God’s appearance in history in swaddling clothes—lowly, defenseless, and speechless—means that we need not wait by the windows of evening, harbouring hopes never to be fulfilled. Our task, instead, is to embrace the advent of God through the most unexpected, unassuming, and direct means which He Himself selected: we must recognize Him in a place as humble as a manger.

And so, the Divine Message was delivered to the world in Bethlehem—but who would have known that at the time? The ravings of illiterate labourers who said they saw visions in the night and found the babe of Whom (so they said) the angels sang—how many of us would have believed them? Christmas, then, serves as an essential reminder for all of us: God’s plans may already be unfolding before our very eyes in ways we are not yet able to recognize. Except for a few shepherds and a trio of wandering kings, the “good news” was delayed in reaching even the people in the city of God’s birth for a long time. And yet the Emmanuel really had appeared; God-with-us was with them without them even knowing it.

This is the lesson that pro-life Canadians should take from Christmas. Hidden changes might already be occurring beneath the level of policy debates and opinions polls; good things could be happening for our movement just below the visible surface of daily events. The pro-life generation—one which has been diminished by the great scourge of abortion but which, for that very reason, will realize its full horror—might already be with us; the hands that will dismantle the odious legal infrastructure that has permitted prenatal infanticide for more than a half-century might already be grasping their parents’ fingers from the crib.

Lies can exert their force for only so long. For a while, lies can pretend to be truth, and can even deceive the whole world—but, eventually, they are always exposed. The untruths on which our culture has been founded—that the beginnings and endings of human life can be redefined, that our deepest identities can be altered, and that our institutions can be radically remade—will fail, and the false foundations of our society will buckle when they do. In that coming crisis, our only hope will be to moor ourselves firmly in reality once again, and to take stock of the irreparable damage that has been done by so much deadly deceit. In those moments, temptations will abound: to “double down” on further falsehoods or, more likely, to despair.

Christmas shows us why such despair is no less a lie than the illusions that lead us to it. Contemplating the Christ-Child who sleeps in the arms of His mother, we see both the simplicity and the proximity of God’s message, the endless source of the world’s renewal in our very midst. In the Divine Infant who entered history two millennia ago, we find the Imperial Message already fully transmitted, and radiating, even in silence, its meaning: that the love of God is greater than the lies of the world, and that the way forward from every crisis is already in our possession. We need only to read God’s message aright, and to realize that His Work is, in some mysterious way, already being accomplished.

We at The Interim wish you and your family a very Merry Christmas and a happy, hopeful New Year.