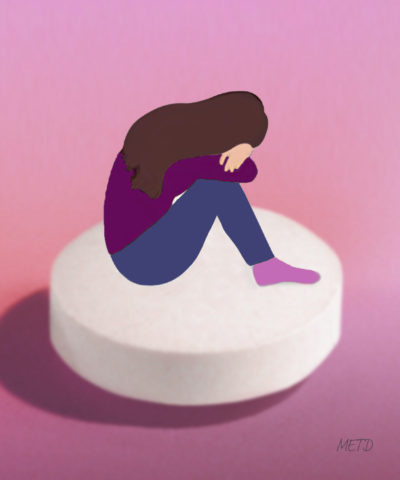 The growing popularity of the abortion pill – how unfortunate it is to use that word, popularity, in this context – is symptomatic of how casual abortion has become; instead of being a procedure that is “safe, legal, and rare” as per Bill Clinton’s formulation in 1992 (which reflected a recognition that abortion is not like benign medical procedures), it has become “legal, widespread, and easy.” As our feature stories this month note, the abortion pill is not safe, but it is quick. Convenience trumps safety for both the abortion lobby and their political allies, at the expense of women who become their own abortionists and thus even more implicated in the deaths of their own preborn children. For women who become cognizant of what they have done, the post-abortion psychological, emotional, and spiritual burdens are heavy indeed.

Our decadent and deadening western culture has become drug addicted, not merely to illegal drugs, but legal ones. The most devastating, of course, is the opioid crisis that claims thousands of lives annually in Canada and, in the U.S., and is partly responsible for the decline in life expectancy among white males in recent years. But as Shane Ellison, who blogs as “The People’s Chemist” has noted, we have become “One Nation Under Drugs.” He charges that there is “an insidious and deliberate push” by Big Pharma and the Food and Drug Administration to “get every American hooked on drugs.” The same might be said for Canada. There are many pharmaceuticals that provide relief to patients to help them fight or prevent disease or provide critically needed relief. One need not be a believer in natural medicine to recognize that that we are addicted to our pills. Health Canada reported that in 2018, Canadians spent $34 billion on prescription medicines, up more than $10 billion in eight years. On a per-capital basis, only the Swiss and Americans pop more pills.

We have become overly reliant on pills as a solution to our problems, and too many people use them to make up for an unhealthy lifestyle. Diet, sleep, and exercise are often better ways to address both physical and mental health issues, but they require more work and willpower. Many people rely on prescriptions because they are easier than changing ones lifestyle.

The abortion pill is no different. They are a (final) “solution” to a lifestyle of sex that is not open to human life. The abortion pill is increasingly seen as preferable to surgical abortion. The abortion industry realizes how simple taking a pill is; privacy and convenience are major selling points. They are also much easier to distribute clandestinely, which is to say as a way to avoid legal restrictions on abortion.

But for the many problems that the abortion pill presents, the most disturbing is how casual it makes the killing of the preborn. If the abortion lobby’s propaganda is believed, downing the abortion pill is no different than taking an aspirin, with neither having any moral implications. The ease of taking pills, in a culture where doing so has become severely normalized, hides the moral seriousness of taking the human life within.