Ontario bill could lower abortion rate for Down syndrome babies

Ontario bill could lower abortion rate for Down syndrome babies

NDP MPP Sara Singh (Brampton Centre) has proposed a new bill that seeks to make information about Down syndrome publicly available, especially to expectant parents of children prenatally diagnosed with Down syndrome.

Bill 225 would amend the Regulated Health Professions Act of 1991 to require public availability of accurate, up-to-date medical information concerning Down syndrome: life expectancy, developmental issues (physical and mental), educational and social outcomes, as well as resources and communities available to families with members who have Down syndrome. 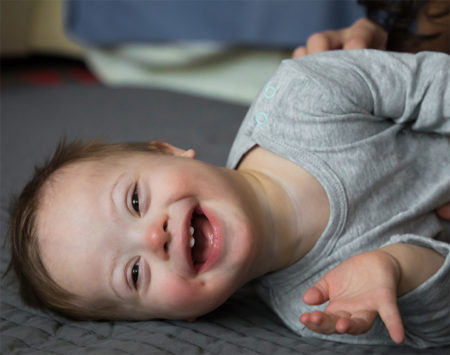 The bill would further require a 48-hour waiting period between the presentation of such information to expectant parents of prenatal children diagnosed with Down syndrome and the recommendation of any further testing or treatment—unless it is deemed necessary or explicitly requested. This would presumably include the recommendation of an abortion.

“People with Down syndrome and their families have historically faced discrimination and have been victims of eugenics,” Singh said at the bill’s first hearing on Nov. 20, 2020. “Discrimination often begins with the prenatal diagnosis of Down syndrome, when families are provided outdated, incorrect, or biased information based on antiquated models of disability.”

In Canada, it is estimated that the number of children who are aborted after being prenatally diagnosed with Down syndrome is around 90 per cent. This eugenic trend is prevalent in Europe, especially among the Scandinavian countries: the rate of such abortions is 77 per cent in France, 90 per cent in the UK, 98 per cent in Denmark, and nearly 100 per cent in Iceland. In the United States, the rate is 67 per cent.

The bill, if passed, would help contribute to fulfilling the belief expressed by the Canadian Down Syndrome Society (CDSS), that “women should have access to fair, balanced, and accurate information to support informed decision making when undergoing prenatal screening and diagnostic testing for Down syndrome,” and that “it is essential that the information is realistic, comprehensive, and includes more than medical factors associated with Down syndrome.” The CDSS says, “Information provided to a woman and her supporters should include details on the psychosocial, cognitive, and educational aspects of parenting a child with Down syndrome.”

The availability of this information (and the required waiting period between its presentation and recommended action) may also help to lower the number of abortions procured for Down syndrome children, although the CDSS further notes that they “understand that women undergo prenatal screening for Down syndrome for their own reasons and values” and that “some women choose to obtain the information to help them decide whether or not to continue with the pregnancy.”

MPP Singh, speaking to The Catholic Register, has said that she is not pro-life and rejects the idea that her bill is a deterrent to abortion.

When asked about the bill, Campaign Life Coalition president Jeff Gunnarson said that, “The Bill appears to have good intentions in that it attempts to stave off the horrific position of many doctors, health practitioners, and our society in general, which says having a baby with Down syndrome is less than ideal and therefore the baby should be aborted.” However, he noted that “treatment” of Down syndrome in this context is simply a euphemism for abortion, and that the 48-hour waiting period before deciding on such “treatment” is not a pro-life position. “Campaign Life Coalition cannot support this bill as it reads,” he stated.

He further noted that “CLC condemns in-utero testing for Down syndrome or any other potential medical condition for the purposes of helping to decide whether to abort the child.” Gunnarson said, “All children are made in the image and likeness of God and have an inherent right to life.”