Where are the pro-life MPs

Where are the pro-life MPs 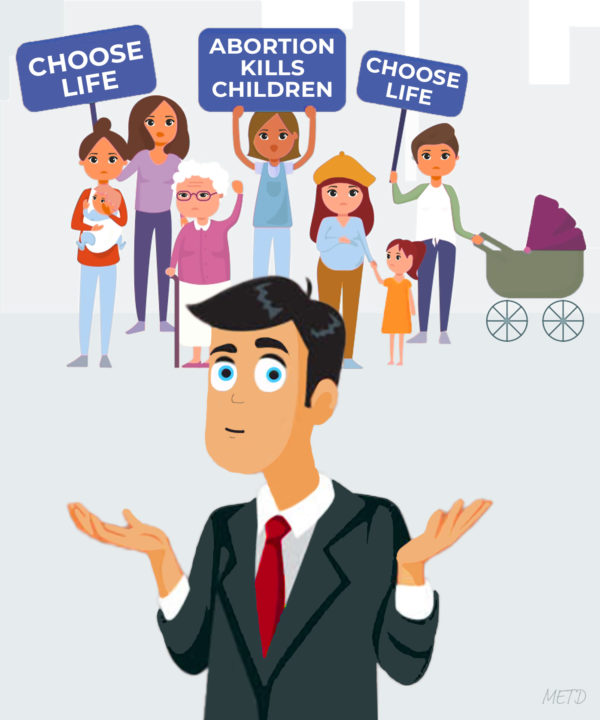 On so-called “Safe Abortion Day” in September, most pro-abortion MPs acknowledged the day. In May and June when the Dobbs decision was leaked and officially released, overturning the infamous Roe decision, many federal and provincial pro-abortion politicians criticized the decision while you could count on one hand the number of pro-life MPs who applauded it. When Queen’s Park resumed in the summer after the Ontario election, many MPPs in their inaugural comments before the legislature talked about how LGBTQ or other moral issues personally impacted them. Politicians on the Left are very good at talking about their issues – and finding ways to talk about them. They do so regularly, and in doing so normalize practices such as abortion, euthanasia, same-sex “marriage” and transgender ideology.

This is about more than telling stories that personalize moral issues – although doubtless there is an element of this to it. Rather it shows a commitment to pushing the envelope on so-called controversial moral issues so that eventually it does not seem like envelope pushing. This commitment to repeatedly raise moral issues on the Left is not matched by a similar commitment among those MPs who say they are pro-life and pro-family.

While many pro-life MPs do submit pro-life petitions and talk about these issues in Parliament when they are raised, typically by private member’s bills or in opposition to efforts by the Liberal government to broaden various social licenses, few find the nerve to talk about their pro-life and pro-family views in order to normalize doing so. When pro-life MPs internalize the idea that they should not broach the topics of abortion or euthanasia except when there is a formal debate on such matters in the form of a bill or motion, they are making it more difficult for other pro-life MPs, including future pro-life MPs, to raise these topics. When pro-life MPs raise these topics so subtly that the mainstream media ignores their interventions, they are not really normalizing talking about abortion or euthanasia in the public square; indeed, they signal that only through coded language can these topics be raised by elected officials lest they face the ire of the Parliamentary Press Gallery and the editorial writers of daily newspapers.

When Patrick Brown was the Ontario Progressive Conservative leader, Ontario MPP Sam Oosterhoff noted the barbaric practice of eugenic abortions on World Down Syndrome Day and was punished by his party leader. Many federal and provincial elected officials want to avoid a similar fate, but their silence helps no one: not themselves, their pro-life colleagues, the pro-life movement, nor the victims of abortion and euthanasia. Silence becomes habit-forming and if pro-life MPs are not careful, there will be little evidence on the floor of the House of Commons that they are, in fact, pro-life.

We admit that pro-life MPs can do a lot of good behind the scenes, including raising pro-life issues in caucus and cabinet meetings, outside the view of the public. But the silence of pro-life MPs in the face of relentless pro-abortion, pro-euthanasia, and pro-LGBTQ talk from the Left means that the discussion on moral issues is one-sided. It is difficult to imagine pro-life legislative victories in an environment in which pro-lifers are afraid to discuss the topic. As Josie Luetke writes in her column this month, the desire to not look extreme is no longer an option for those who oppose prenatal homicide – or the medicalized killing of patients under the guise of Medical Assistance in Dying. This is especially true for those who have the platform provided by elected office.