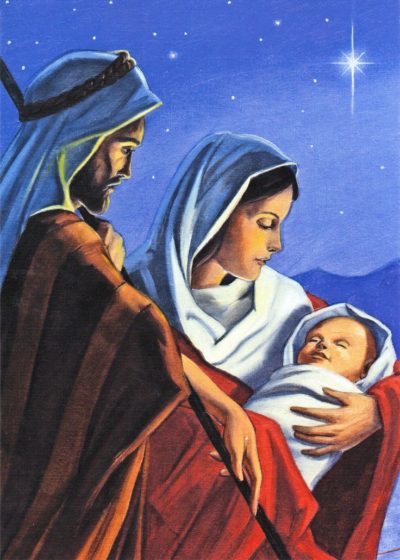 The Christian scriptures abound in “hard sayings,” statements which are difficult to interpret—or difficult to implement. Who, for example, finds it easy to enact the exhortations of Sermon on the Mount to “love one’s enemies” or “turn the other cheek” (Lk 6:27–28)? One of the hardest sayings in Scripture, however, is not about our actions but about God’s. In the book of Isaiah, we find the words, “As the heavens are higher than the earth, so are my ways higher than your ways, and my thoughts than your thoughts” (Is 55:9) Here, we struggle not to understand the meaning of the words; the challenge, rather, is to see how they translate into the real world of our daily life and world events.

All Christians affirm God’s sovereign providence, His rule of all history down to the smallest detail. The world which we survey at the end of The Year of Our Lord, 2020, seems to offer almost no hint of such absolute command. A global pandemic continues to wreak havoc on world economies, while still disrupting the norms of culture and religious practice. Riots, protests, and social unrest have roiled Western countries, which are battered by charges about the irredeemable corruption of their key institutions and historical foundations. The outcome of the American election bodes poorly for religious freedom and the pro-life cause. What divine thoughts guide and inform this annus horribilis? Can 2020 really reveal to us the ways of God?

To understand the words of Isaiah—and the disturbing year which now comes to a close—we must first recognize the nature of the difference to which the prophet points. It is not the case that God’s ways and thoughts are obscure for being unfathomably complex. Instead, they are “above” our own by being infinitely unlikely and miraculously counterintuitive. Divine love chooses means and methods which confound “the wisdom of the wise, and … the intelligence of the intelligent” (1 Cor 1:19). God always picks the least promising path, so that physical prowess and intellectual planning must both find themselves surpassed by the unthinkable beauty of Love’s divine design.

Nowhere, in fact, are the ways and thoughts which are higher than our own — “as the heavens are higher than the earth” — more obvious than God’s appearance to us in bridging the very gap between the earth and the heavens. In taking the form of an infant and even choosing to dwell in a makeshift lodging with all the charm of a work-shed and the smell of a barnyard, God shows the characteristics of His singular method, the way that His Supreme Love elects to work.

In the first century, at a time when an unrivaled emperor had enough control over his domain to order a universal census, God appears as the meager addition of a single integer to the sum total of people that Caesar ruled. Indeed, apart from a trio of wise men, no worldly powers greet this God’s arrival. Political forces cast the Holy Family on the road to Bethlehem and, thereafter, the same powers attempt to slaughter the defenseless newborn Child.

But less than four centuries later, after a furious and sustained persecution of the nascent Christian sect, the Roman Empire was itself be conquered. No Christian legions marched on Rome; instead, martyrs testified with their lives to a Love that was stronger than death, to a Life that was richer than anything the world could promise. In their “victory” over the Roman Empire, the Christians of the fourth century imitated their King, who died mocked and derided in apparent failure. But what only looked like failure, even in worldly terms, led to one of the most dazzling events in world history: the conversion of entire nations and empires to the religion of Love.

This, then, is the right way to take 2020 into view. Although the cacophonous events of this year continue to echo, and the evil seeds sown therein will continue to yield bad fruit, the ultimate harvest of this year will be good. World powers can continue to menace the defenseless, and religious persecutions might gather force and grow in scope; yet the fortunes of the last global empire show the final efficacy of these projects. God will win — and He will do so by means of weakness, littleness, and failure.

Thus, in the unborn child who is threatened in the womb and in the newborn Christ-child hounded by assassins, we see God’s power perfected (2 Cor 12:9); so too, in a bad year do we see the strangeness of God’s way and designs that have yet to reveal themselves fully.

The times may grow darker by the day; in 2021, the shadows may even deepen. But we know that Christ brings back the light; His appearance in history changes the meaning of the Winter Solstice, of the longer days that, even in December’s depths, begin to grow.

Christmas, then, is a reminder that new days begin at midnight, and dark times conceal the beginnings of brighter ones. The start may be unlikely, unassuming, and inauspicious — but God chooses no other way. The child, as the poet says, is the father of the man, and the King who rules with the mysterious Iron Scepter (Rev 2:27) is one and the same as the defenseless newborn babe. Thus, God’s method, revealed in Christ’s birth, is — like the Child Himself — fully human and fully Divine. “For to us a child is born, to us a son is given, and the government will be on his shoulders. And he will be called Wonderful Counselor, Mighty God, Everlasting Father, Prince of Peace” (Is 9:6).

We at The Interim wish you and your families a very Merry Christmas, and bright days ahead.