Three books every pro-lifer should read

Home/Book Review, Issues/Three books every pro-lifer should read
Previous Next

Three books every pro-lifer should read

I was humbled to be asked to recommend three books to pro-lifers which I believe to be essential reading and together provide a great foundation for all the dear unwitting souls that God throws into the wild mix of individuals who have and will constitute what is commonly described as the pro-life movement in Canada, who have joined the fight to protect every single human being from their biological beginning until death. 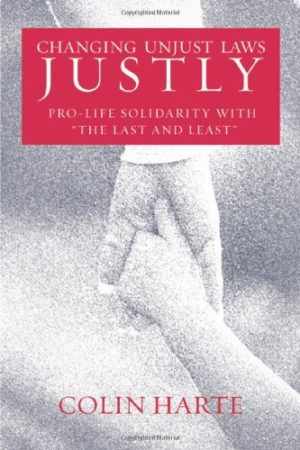 If I had only had one choice, Colin Harte’s Changing Unjust Laws Justly: Pro-life Solidarity with the Last and the Least would be my choice, but Paul Tuns gave me three and so I will address concisely Colin’s book and then Wesley Smith’s, A Rat is a Pig is a Dog is A Boy and lastly but by no means least a much older book, Jean Garton’s Who Broke the baby?

Harte’s Changing Unjust Laws Justly addresses the dissonance developing within the pro-life movement in Canada and other parts of the world, by using the British situation to highlight the pitfalls of some proposals. In Canada there is a developing unease toward certain strategies suggested by segments of the movement, which is not easily understood or explained, rather an intuition that certain actions should not be undertaken even though developed by one’s colleagues and great pro-lifers.

Harte uses the United Kingdom as his centre of reference, and presents a warning for us all. If we believe that every human life must be respected and protected, we must act in that way. Harte challenges us to a greater “solidarity with the last and the least” using this and the gauge of “just” or “unjust” legislative proposals as the lens through which we defend human life and measure the actions we undertake. Unrelentingly, he urges us to scrutinize every action, every piece of legislation, we propose or support, in the light of our professed belief that each human life is to be defended at all times. The U.K. provides as an example of where it all went wrong – even with the best intentions of the pro-life movement. Harte outlines the pro-life progression in the U.K. from supporting gestational timeline legislation then “reasons or conditions” where abortions might be banned, in order to attain a modicum of success. He lays out differing and opposing views and opinions, the hidden potholes which found the U.K. pro-life movement unwittingly defending the killing of some babies in order to save others. He masterly lays out the qualities of a “just” and an “unjust” law and leaves no doubt that “there is a fundamental moral problem” with pro-life support of “restrictive abortion legislation,” poignantly noting that in most restrictive legislation proposals, there are always exceptions, so that some preborn children are excluded. Harte’s book is an uneasy read, but it clearly sets out the issues. It has been noted that the Canadian pro-life movement is at a crossroads; now is a good time for us all to take up this book before we find ourselves on the wrong road. It is absolutely foundational reading for new pro-life recruits, and I believe will be a benefit, although a challenge to us all about where we go from here. 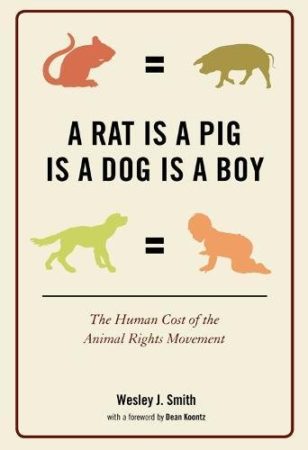 Wesley Smith’s A Rat is a Pig is a Dog is a Boy sounds the alarm about the battle developing in society to redefine human life as just another species and not the “crowning glory of creation” which humanity has been regarded as for millennia. Humanity’s “exceptionalism” as Smith describes it, has been maintained and supported by international and national laws protecting human life itself, and its inherent dignity and supremacy over other species. Declarations on human rights abound, formulated precisely in response to situations where man’s inhumanity to man has been condemned and foresworn never to be repeated. In an uncomplicated way he shows how misguided “animal rights” campaigns lead to the destruction of the “exceptionality” of humanity. The pro-life movement is used to arguments for destroying the weakest purely because of their weakness – but here we see the whole of humanity on trial and it is a frightening picture. Smith writes in a very easy manner and carries the reader through his thoughts, insights, and experiences, and in a very personal way his love of animals, providing enough resources to help us understand the issue further should there be interest. Smith also reminds us of the beauty, achievements, talents, and wonder of human nature and of our ability to understand our responsibility to each other and towards the welfare of lower species as stewards of all of creation. 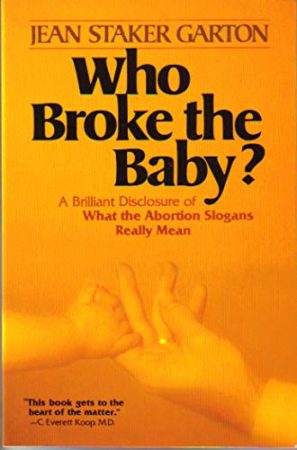 Alliance for Life Ontario hosted Jean Garton, author of Who Broke the Baby?, at one of its earliest conferences and I was blessed to receive a signed copy of Jean’s updated book from her hands. I suppose you can describe Jean’s book as one of the earliest pro-life apologetics, but it is a very different style from those currently available. Her book begins with her then three-year-old son inadvertently looking at the image of an aborted child and asking his mother, “Who broke the baby?” Jean, inspired by the simplicity of the question and the realization that a three-year-old had eyes to see what many would not, began to write one of the simplest yet deepest exegesis of the language used by abortion advocates to defend abortion. Garton explains how society has been duped and misled, indeed has ignored the use of incorrect meanings of words, choosing rather to place a veil over the unthinkable truth that abortion kills an innocent unborn child. Who Broke the Baby takes a very common sense look at the phrases used by pro-abortion advocates and society in general to advocate for and generally accept in a degree of comfort, the killing of pre-born children by induced abortion. You will wish to read this book time after time because her simple questioning and common-sense responses will assist you while speaking with family and friends about why you defend each human life and especially those slated for extermination via abortion.

Jakki Jeffs is executive director of Alliance for Life Ontario.