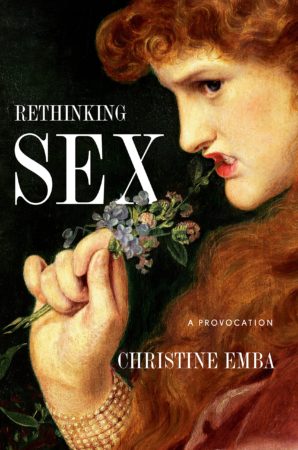 Since the dawn of the Sexual Revolution in the 60s, the socio-cultural understanding of sex as something sacred to be preserved for the intimacy of marriage was replaced on a large-scale by the unprecedented doctrines of sexual liberation, spear-headed by second-wave feminists. In Rethinking Sex, Christine Emba, a Washington Post columnist, dives into the modern fallout of this sexual movement, charting how the progression of feminist ideals, although perhaps honestly in search of liberty and equality between the genders, has led to an all-around, increasing disenchantment with contemporary culture, markedly bankrupt from any meaningful sexual philosophy or comprehension.

Foundational Sexual Revolution proponents, mid-century feminist ideologues, wanted to imbed sexual freedom as an edict of the political world because it had the power to catalyse equality between men and women. With sex-on-demand, women could finally end the millennia-long, male-imposed subjugation by embracing all of themselves, at the forefront of which included their sexual desires, as a pass at the patriarchy. American millionaire Hugh Hefner’s Playboy magazine, which galvanised promiscuity, was a prime example of this. The message was clear: sex–and lots of it–was nothing about which to be ashamed.

This was too bombastic, which as Emba argues, made the initial second-wave feminist fervour lend itself to a slightly more subdued but tactical “girlboss feminism,” wherein sex took a “back seat” to a woman’s economic and career advancement. The new feminism outlined that sex on-demand, lack of emotion, and a quick climb up the economic ladder, all things which “the patriarchy had deemed valuable,” should be embraced, but made “the property of women instead of men.”

The modern, women-empowerment feminist typology is now mainstream. Sex is understood as something that can be segregated from its emotional and spiritual by-products, externalised in the “zipless f—k,” the highest echelon of casual sex, and dating apps like Tinder, whose side-swiping feature allows for the impersonalisation of relationships (mostly of a sexual nature) as more of a business interaction than what should be an intimate, personal connection. This coupled with developments like abortion, contraceptives, and IVF, which give women “power over their own biology” because they can organize the timelines of their reproduction and mitigate the consequences of sexual intercourse, have made sex “easier” and radically more indifferent. In the grain of modern individualism, although sex is vaunted as something which can be done impersonally without any hint of psychological, biological, or emotional repercussions, Emba argues that it’s untenable not to “catch feelings” or “feel something” during sex.

Emba rejects the idea that consent is the only determinant whether sex is permissible. Seeking consent, she argues, reduces sex to a yes or no answer, abridging it as something purely physical. Moved only by “getting consent,” there are men and women who have lived according to their concupiscent desires, unapologetic about their sexual fantasies, and unbothered by standards of chastity, but are greatly dissatisfied with the sexual societal status quo. This is something, as Emba contends, that suggests that the underlying feminist ideas of liberation may not be as liberating as they first seem. She highlights that many women are having sex not necessarily because they want to, but because they feel as if they should, largely due to what has been sold to them by contemporary mores.

Emba critiques the cultural phenomena of sex-on-demand, concluding that sex shouldn’t be reduced to consent only, but rather, as a meaningful act, and should be treated as such. She vouches for “pausing” and a return to “old,” traditional values because embracing “prudence, temperance, even chastity, might give us the space to stop and think, and to decide what we don’t want and make room for what we do.” This needs to be paired with care and genuine solicitude for one’s romantic and sexual partner because in a capitalistic, economy-first society, modern culture is one that doesn’t put emphasis on caring for the other because care and connection are seen as lowly, vulnerable weaknesses (an irony because sex itself is a vulnerability).

Angelica Vecchiato was a summer intern for Campaign Life Coalition and The Interim.