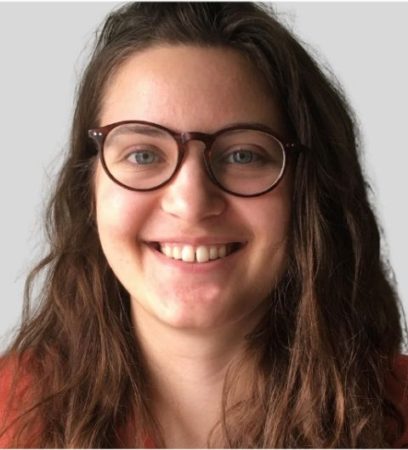 They say you should never read the comments, but we all do anyway.

I was interviewed on CBC’s Power and Politics on the overturning of Roe v. Wade. I came home that day to a bunch of notifications on Twitter – not that many, really, but more than I usually have. Your consummate CBC viewers were complaining about my appearance, some encouraging others to contact the CBC ombudsman.

Karen B: “I’m so disgusted that she was given a platform. How have we not learned that giving voice to extremists only moves us backwards?”

The Canadian Anti-Hate Network: “It is incredibly irresponsible for @PnPCBC to platform someone from this hate movement.”

According to Merriam-Webster, “bothsidesing” “refers to the media or public figures giving credence to the other side of a cause, action, or idea to seem fair or only for the sake of argument when the credibility of that side may be unmerited.”

To be honest, I agree that giving a platform to those spouting harmful or hateful ideas can be imprudent, even immoral, especially if their views are presented uncritically.

I would question inviting a flat-earther to give a lecture on a university campus or a white supremacist as a guest on a radio program. What would be the goal, the gain?

Sure, if the rotundity of the globe was in question, or we were still battling segregation, then it would be important to understand these perspectives in order to refute them (although an increasing number of “liberals” wouldn’t even grant that), but as it is, they’re no longer relevant.

Considering that half of U.S. states will be considerably restricting abortion, the pro-life view is relevant, and it’s not harmful or hateful in the slightest – quite the opposite.

However, currently in Canada, only a little over 10 per cent of the population identifies as pro-life. If we were to remove the United States from the equation, I’m not sure at what point an impartial media in Canada would consider us irrelevant.

Here’s the dilemma: We need to increase the segment of the population opposed to abortion, and to do that, we first need to convince them we’re not hateful. Our window to do that over mainstream media, on campus, or even just on the internet is narrowing though. The more hateful we’re perceived as being, the fewer people will identify as pro-life, the less relevant we will become, the less access we will have to the public square, and the more we’ll be perceived as hateful.

Obviously, the truth is the truth even if no one believes it, but if your average citizens have no exposure to pro-life truths, they’ll have little reason not to believe the lies told about our movement.

I spend a lot of my time trying to persuade people to be pro-life, but there’s a prerequisite to becoming pro-life, which is believing that a reasonable person could be pro-life. That might seem like a distinction without a difference. What I mean is that some people are going to disagree with the pro-life stance, because of bodily autonomy, personhood, personal experience, or whatever. Despite this disagreement, can they still come to understand how a reasonable person might think otherwise, and oppose the killing of innocent human beings completely?

For the success of the pro-life movement, even just for its preservation, it is critical that as many pro-choicers as possible answer in the affirmative. These people are convertible and tolerant. Unfortunately, I am under the impression that the segment of Canadians answering in the negative is growing, which presents an existential threat.

Mid-July, I was assaulted while doing anti-abortion street activism with Campaign Life Coalition interns. We posted the video of the assault online, and I read the comments.

“Canadian Nurse”: “If you weren’t encouraging people to campaign for the removal of my rights, this wouldn’t happen.”

Maureen McColl: “Your CLC brought this on themselves.”

An antidote, which I always try to provide: Be identifiable as a pro-lifer. It’s easy for pro-choicers to buy that no one reasonable would be pro-life if all the reasonable people they know also seem pro-choice. Canada is not a monolith yet, and we can’t afford to appear so.