And then there was this, September 2022

And then there was this, September 2022 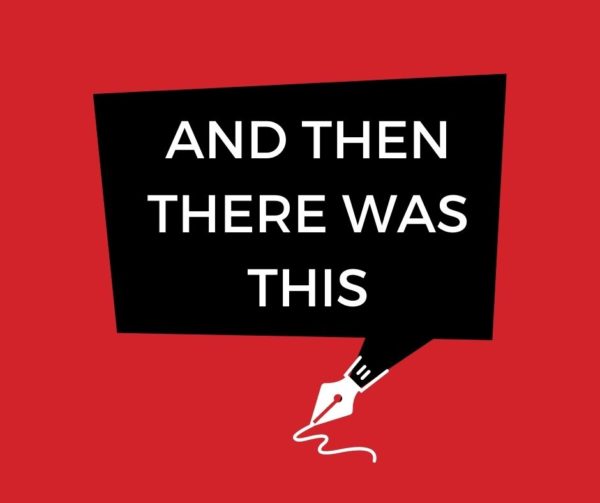 In defense of fatherhood

The Florida legislature, at the urging of Governor Ron DeSantis, passed the Responsible Fatherhood law to help men become better fathers. Studies prove that children do best in a two-parent home where fathers are involved in their children’s lives and where children are statistically less likely to be abused or neglected and have fewer behavioral and psychological problems. They also are less likely to commit crimes, and, as adults, less likely to have a child out-of-wedlock or divorce. The legislation includes educational programs, mentorship programs, and one-on-one support to encourage responsible and involved fatherhood in Florida. It is supported by several non-profit initiatives, including All-Pro Dads, an organization created and led by former NFL coach Tony Dugay, an outspokenly pro-life father of 11 and passionate defender of fatherhood. Funding will also be allocated to help fathers exiting prison to find jobs, transition from being in jail, and receive parenting education. In introducing the legislation, the governor stated that, “there are those who diminish the importance of fatherhood and the nuclear family—we will not let that happen in our state.” The new law also designated June as “Responsible Fatherhood Month.” Nearly $10 million in funding is earmarked for the program, the first of its kind in the U.S.

In their new book, Tearing Us Apart: How Abortion Harms Everything and Solves Nothing, Ryan Anderson (When Harry Became Sally) and Alexandra DeSanctis, both of the Ethics and Public Policy Center, expose the false promises of the abortion movement and explain how it has poisoned everything it touches: Abortion “hollows out marriage and the family; it undermines the rule of law and corrupts our political system. It turns healers into executioners and ‘women’s health’ into a euphemism for extermination.” Breakpoint’s John Stonestreet has commented that crisis pregnancy has become a “given part of life in America. Our culture’s warped views of sex, marriage, children and commitment” have allowed crisis pregnancies. Abortion is now considered a ‘normal’ part of culture where unwanted human life can be eliminated quickly and efficiently. As Anderson and DeSanctis write: “legalizing abortion—which then normalized and destigmatized abortion culturally—rewired American thought so deeply that we don’t even realize anymore when we’re accepting demands that we could—and should—refuse.” Quoting Stonestreet again: “Our work (as pro-lifers) is not to make abortion unthinkable, it is to make abandoning pregnant women unthinkable, to make derelict dads unthinkable, to make the fabric of ‘sex without commitment’ unthinkable. It is to re-catechize the world, and ourselves, about the true un-severable relationship between sex, marriage and babies.” The feminist revolution of the ‘60s championed unfettered sex so that women could be free. Condoms and birth control pills sex were peddled to teenagers, young single women, and married women who wanted to stop at two children. Boys, young men, and husbands went along with the times, fantasizing how much sex they could get with no strings attached. And, as a follow-up, abortion was offered as an easy way out if the sexual activity resulted in a baby being conceived. Stonestreet: “Legalized abortion normalized promiscuity, promoted fatherlessness and secured a view of children so bereft of humanity that we won’t even call them children anymore. We employ euphemisms like ‘fetus’ or ‘tissue’ … but euphemisms don’t change reality or the hard consequence of ignoring” the destruction that abortion and its partner-in-crime—contraception—have wrought on our world.”

Oireactas is the bicameral parliament of Ireland consisting of the President of Ireland and two houses—the directly elected Dail Eireann, and Seanad which is not directly elected. The Oireachtas has exclusive power to legislate and to propose changes to the constitution, among other powers. A special committee of the Justice Committee headed by James Lawless has been formed to study voluntary assisted dying (euthanasia). This follows the passage of the Dying with Dignity bill in the Dail in early 2021. The legislation would “permit terminally ill people to avail of medical assistance to die in certain circumstances. It would give a medical practitioner the legal right to provide assistance to a qualifying person to end their life.” Details are expected to emerge as the committee begins its deliberations and accepts submissions in early October.

BioEdge, which provides bioethics news from around the world, has an important article on the impact of abortion legislation returning to the American states and its possible effects on in vitro fertilization. The overturning of Roe v. Wade means that absent a federal law, states are free to prohibit or restrict abortion, and this is apparently causing uncertainty in the financially lucrative ($8 billion) business of in vitro fertilization (IVF) which regularly discards “surplus” embryos and deposits hundreds of thousands of embryos in frozen storage. According to the American Society for Reproductive Medicine (ASRM), a champion of IVF, “While the overturn of Roe v. Wade does not necessarily restrict access to … procedures, including in vitro fertilization, the details of state law are critical to understand, as overly broad statutory language and definitions could, intentionally or not, implicate or even ban such procedures.” In 13 red (majority Republican) states, so-called “trigger” laws have and are set to take effect which ban or severely restrict abortion. Information on each of the 13 states is contained in the above-mentioned ASRM article, which explains, in part, how each state defines “fertilization” and “unborn child.” For example, some states define life as beginning at any point after fertilization, which impacts those practicing IVF. As ASRM further says, “in addition to explicit abortion bans, “fetal personhood” legislation—which confers fetuses and embryos the same legal standing as a human being outside the womb—may become more common in the post-Roe world, exposing routine ART (artificial reproductive technique) procedures such as IVF … to legal challenges and providers who practice them to potential liability.” BioEdge writes that “polls suggest that even amongst people who oppose abortion, very few have moral objections to IVF.” The Catholic Church teaches (in the words of Bishop Joseph Osei-Bonsu of Konongo-Mampong, Ghana) that IVF techniques “dissociate the sexual act from the procreative act. The act which brings the child into existence is no longer an act by which two persons give themselves to one another, but one that entrusts the life and identity of the embryo into the power of doctors and biologists and establishes the domination of technology over the origin and destiny of the human person.” Pro-lifers are challenged to become informed about IVF which up to now has remained in the background of the abortion debate.

As reported at LifeSiteNews, the Kerry Catholic Diocesan Youth Service, a youth outreach service in Ireland, is openly promoting contraception, abortion, and LGBT “sexual health” in the diocese. It has teamed up with Cork’s Sexual Health Centre to provide “free products including rapid HIV testing, condoms and lube, and information/support in relation to drugs, alcohol and ‘sexual health issues.” The so-called ‘sexual health’ counselling is none other than promoting and arranging for pregnancy ‘termination’— or abortion.  LifeSiteNews reached out to the bishop of Kerry, Ray Browne, for comment but received no reply.

The Irish government, once considered one of the most Catholic and pro-life countries in Europe, is poised to drop the hammer on peaceful protesters outside abortion mills. Minister of Health Stephen Donnelly is deliberately using fear tactics to demean pro-lifers, with such rhetoric as “these demonstrations can cause anxiety and stress to those accessing and providing (abortion) service” and “they seek to intimidate and deter women from accessing these services.” Pro-lifers counter that there is absolutely no evidence that their protests are dangerous and unlawful. They contend that the government measure to institute a 100-metre bubble zone around abortuaries actually stifles free speech and freedom of religion. In fact, the Garda Commissioner has confirmed that pro-life vigils are peaceful and lawful, and that existing laws are sufficient to protect abortion seekers against harassment intimidation. If the bill is passed there will be stiff fines and prison sentences for peaceful pro-life activities.