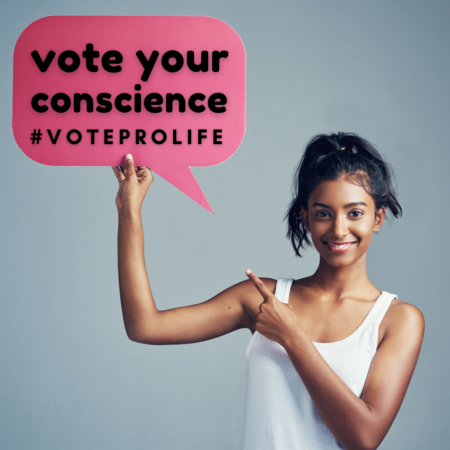 The writ has been drawn and just under two years into the minority mandate of Prime Minister Justin Trudeau, Canadians are returning to the voting booth to decide 338 elections for Member of Parliament. It is useful to remember that it is not a singular election, but multiple simultaneous elections. We are not electing a prime minister to lead us or party to govern, but 338 MPs to represent us in Parliament. We, as pro-life Canadians, must prioritize the right to life when we vote on Sept. 20. As Campaign Life Coalition says in its September CLC National News:

We support pro-life candidates regardless of party. We have supported pro-life Liberal, NDP, and Green Party candidates over the years. Under recent leaders, however, these parties have disallowed pro-lifers from running. Justin Trudeau is the most (in)famous example of this heavy-handed leadership, announcing in 2014 that Liberal candidates could not hold pro-life views or, if they did, speak or vote in favour of pro-life initiatives in Parliament. We support pro-life Conservatives, Christian Heritage Party candidates, and all pro-lifers. In 2019, we supported pro-life candidates in Maxime Bernier’s People’s Party of Canada, and we will again. Likewise, we will support pro-life candidates in Derek Sloan’s new party. On July 28, Sloan announced he is forming a new party, but as of press time, the details of its name and platform had yet to be announced as the former Conservative leadership contender awaits approval from Elections Canada. Some of you are worried about dividing the right-of-center vote and allowing the Liberals to be re-elected. We remind you that the only wasted vote is one that is cast for a candidate who does not reflect your values. We strongly encourage all of you to learn about the candidates running for election in your riding and only support pro-life candidates. The parties must understand that they cannot earn our support by being the “least bad option” or the “best alternative” to another bad party. The late Heather Stilwell … once quipped: “If you vote for the lesser of evils, all you have is evil.” Parties and leaders must earn our support by standing up for innocent human life. Individual pro-life candidates have earned our support.

Vote your conscience, but ensure your conscience is well-informed. We will never elect a pro-life Parliament or get pro-life laws if we pro-lifers do not make opposition to abortion and euthanasia a litmus test for those seeking to earn our support. It is not enough to defeat the Trudeau government, as awful as it has been when it comes to life and family issues, with its constant assault on moral truth. Replacing an anti-life Liberal government with an anti-life Conservative government does nothing to protect those vulnerable to the Culture of Death. On Sept. 20, vote pro-life.