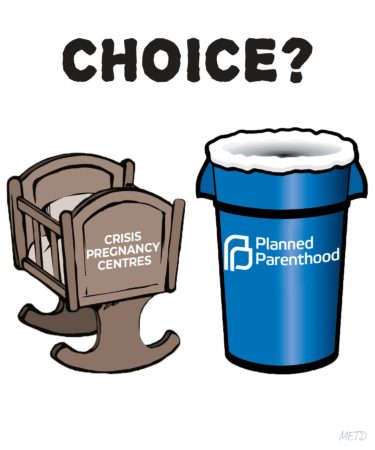 The English phrase, a “deal with the devil,” usually refers to pragmatism pushed to the point of compromise or to an arrangement with unlovely characters, daunting costs, or likely downsides. Yet the idiom draws its resonant power from significant sources: deals with devils have been immortalized in literature by the likes of Christopher Marlowe and Johann Wolfgang von Goethe in the image of Faust, the relentless seeker of knowledge who sells his soul in that pursuit. These works, in turn, point to even longer cultural legacies: myths depicting heroes who make grizzly sacrifices for the sake of their quests, and fairy stories featuring a dark mysterious man who will bestow lavish gifts on a community in exchange for a single act of evil. These narratives, in turn, recall the original pact with the devil contracted in the Garden of Eden. There, knowledge of good and evil was gained—and the cost, of course, was death.

The West is learning the lesson of Genesis anew as it comes to terms with its own dalliance with demons. The arrangement seemed so inconsequential. In the 1960s, freedom, liberation, and pleasure were promised; the cost was simply the sloughing off of old values and the adoption of long-prohibited practices such as contraception and abortion. Traditional morality was portrayed as outmoded and arbitrary, an unfashionable moral system which could be updated and replaced by any other. As such, sex could be separated from its reproductive function, and could also be decoupled from psychological guilt, physical consequences, and metaphysical implications.

And so the experiment began. A screen of hazy language—“termination,” “clumps of cells,” and “reproductive health”—abetted the suppression of those recalcitrant consequences which, so we were told, could be easily annihilated. At this point, the borders of new sanctuaries were established: any conference between “a woman and her doctor” could not be questioned; what happened in the bedroom was beyond the purview of the state. When abortion was permitted, the status quo was defended with the language of empathy, difficulty, and complexity. Violence in the womb was justified by politicians who struggled violently with their consciences; prenatal dismemberment was excused because of the difficulty of the decision which it entailed.

But the call of conscience can only be ignored for so long: its voice becomes clearer and more urgent as the din of enabling lies becomes more tinny and shrill. The imperative of the Decalogue (“Thou Shalt Not Kill!”) rises above every duplicity and prevarication. The toleration of murder can never be permanent, and it corrodes every culture and destabilizes every society in which this particular deal with the devil is made.

Now that the United States of America is attempting to break this contract with the overturning of Roe v. Wade, the true colors of abortion’s advocates are emerging with unmistakable clarity. Following the refutation of the putative constitutional right to abortion, a rash of vandalism against pro-life institutions has ensued. And, just as violence in the womb was, for a time, drawn behind an obfuscating screen of language, this wave of vandalism and intimidation is being ignored and excused in similar ways.

As crisis pregnancy centres are persecuted by lawless thugs, this fact is ignored by the media or framed with preposterous justifications. More distressingly, while the domestic terrorism being perpetrated against pro-lifers is passed over in this way, the very victims of these acts are themselves being persecuted by the abortion extremists who currently hold the levers of power, being maligned as manipulators of vulnerable women, and purveyors of “medical disinformation.” American senators are currently threatening these centres with malicious investigations and punitive levies, and Canadian politicians are, likewise, working to strip them of their tax-exempt, charitable status.

Thus do the lines of demarcation clarify. Those working to give women a choice other than abortion—and their innocent children a future beyond the mass graves of medical waste—are on one side; the apologists and enablers of this violence who either flout the law to hector pro-lifers or actively pervert the law to persecute them are on the other. If abortion really was about “choice;” if it really was about an informed decision about an innocuous medical procedure; if it really was about anything but a barbarous act unfit for a people who deserve the blessing of the Creator and “Author of life,” (Acts 3:15) then the actions of abortion’s unhinged proponents would not make sense. As it is, a horrific, evil, and actually quite demonic practice is in the process of being publicly repudiated, and the advocates of this unspeakable evil are responding as one would expect.

In the face of this opposition, we must remind ourselves that the original deal with the devil, contracted by mankind’s Original Sin, has already been broken; and, through Christ’s victory, every further collusion with evil can be similarly overcome. It remains, then, only to follow the merciful, miraculous process by which demonic pacts are always vitiated: through prayer, contrition, and repentance—in addition to the hard work of undoing the damage that our generation’s willful evil has wrought. As that work begins in earnest, we can only assume that the frequency and the desperation of the assaults against our efforts will increase.

But we, of course, are merely the means of a victory in which we are the collaborators, but not the architects—and our very humility will be the means of evil’s undoing, and the definitive dissolution of all the devil’s desperate deals.