Gairdner’s books point the way up from despair

Gairdner’s books point the way up from despair

The Book of Absolutes: A Critique of Relativism and a Defence of Universals by William Gairdner (McGill-Queen’s University Press, $39.95, 398 pages)

But Gairdner is all of these things, and more. As the author of 10 major works and counting (including The Trouble with Canada, The War Against the Family and The Trouble with Democracy), he has almost single-handedly laid the philosophical and theoretical foundation that this country’s tenuous conservative political movement has hitherto so conspicuously lacked. Even so, such is his erudition and amplitude of mind, that to think of Gairdner as merely a political philosopher is on the order of thinking of Milton as a pamphleteer or Plutarch a biographer.

With Oh, Oh, Canada and The Book of Absolutes, Gairdner now adds two more tomes to an already impressive opus. As the title suggests, Oh, Oh, Canada is the lament of a patriot burdened with a sense of humour – a patriot, that is, of a far different sort from the complacent moral triumphalists of Canada’s liberal establishment – for a nation that seems to him to be going to the dogs.

The book is a miscellany of 38 short essays, organized in sections on culture, science, religion and morality, family and sexuality and politics and law. (Who else in Canada could write authoritatively on topics ranging from nativism in Chomksy to natural law in Cicero?) Each essay obeys the same Gairdnerian imperative to provide, as the author calls it in his Preface, a “second-order answer” to serious questions: to understand how ideas and ideologies “work,” not merely how they “operate.”

With the ancients, Gairdner seeks to know the causes of things and this imposes upon him the scholarly obligation to examine today’s modish assumptions and enthusiasms against the vast backdrop of human historical experience and wisdom. (Gairdner evidently believes that the past has much to teach us, rather than the other way around.) In due course, he lines up “the smelly little orthodoxies of the day” (in Orwell’s depressingly perennial phrase) – secular materialism, egalitarianism, feminism, multi-culturalism, deconstructionism, environmentalism, the modern welfare state – and arraigns them before the bars of history, nature and reason.

The conservative resistor can only delight in the impudence with which Gairdner interrogates the dull adherents of these dogmas. In “On Atheism,” he asks his generic anti-theist, “How did you come by your faith?” before proceeding to demonstrate that atheistic certitudes about the coming into being of an unfathomably complex and ordered universe by spontaneous happenstance are tantamount to a belief in magic and hardly less fideistic than the traditional postulate of a prior cause.

In “Late Night Thoughts on Equality,” Gairdner reflects that nothing in nature is “equal to anything else,” and that even in the most radical phase of their democracy, the Greeks never for a moment believed that people of different ranks and abilities were “equal,” except before the law. Until the French Revolution, liberal societies accepted their own “fruitfully interacting inequalities” and it was only with the rise of the current “hyperdemocracies” that irrefragable human differences in intelligence, character, ability and gender were abolished by ideological fiat or main force.

Instead of guaranteeing equality as the freedom of every individual to rise or fall by his own abilities and efforts, the modern welfare state now substitutes the ideal of “equalization,” nor is it shy about using its monopolistic powers to bring this about (“Restoring the Pro-Family State”). As Gairdner remarks wryly (“Women and Equality”), Procrustes was the first modern egalitarian and his myth has all too accurately foretold the violent methods used by the totalitarian regimes of the 20th century to “equalize” natural human differences.

The same theme resonates throughout many of Gairdner’s most bracing essays. As we listen to the proponents of same-sex “marriage” intone their bromides about “equal rights” and “discrimination,” it is refreshing to hear the plain truth that all defensible public policies and laws are meant to discriminate between human behaviours and communities of citizens, so as to “move society in one direction, rather than another;” whence a policy that promotes “equality” for all is no policy at all (“There Can Be No Sex in Homosexual”). Benumbed by the everything-is-a-cultural-construct argument, it is edifying to be reminded of the existential and moral priority of marriage and the family to all laws and political institutions and of their anciently recognized natural telos of engendering and nurturing children. Indeed, as Gairdner observes, this is the first time in history that the political class has claimed the right to redefine marriage “so as to intentionally impose a motherless or fatherless home on a child, as a matter of state policy.”

In Oh, Oh Canada, Gairdner traces such moral solecisms to the competing claims of loyalty exacted by the modern welfare state on the one side, and all such time-honoured, organic, and voluntary human associations as the family or the church, on the other. Hence the state’s antipathy to traditional marriage, which it regards as a “cradle of social privilege and inequality,” because spouses have had, until now, to “qualify” (albeit minimally, by being male and female) for society’s nuptial blessing. In this way, traditional marriage and the family have become palpable threats to the state’s principal claim to moral authority as the bestower of “equal rights” upon one and all. (“Mourning Marriage”)

In The Book of Absolutes, Gairdner trains his sights on the philosophy of relativism, the intellectual (or, more accurately, anti-intellectual) matrix out of which many of the most odorous orthodoxies of the day have arisen. The palaver of relativism (epistemological, moral or cultural) can now be heard practically everywhere, from the public square to the private cocktail party.  Everyone knows that truth and right, like beauty, exist “only in the eye of the beholder.” (That there is no absolute truth is the only truth we dare to affirm with absolute certitude.)

Such views are now worn as badges of their proponents’ tolerance and open-mindedness. Today, it is just plain impolite to challenge another person’s or culture’s beliefs, regardless of their merits. Moreover, any acknowledgment of absolutes of right and wrong, or of innate and immutable factors within our universal human nature, all too inconveniently limits our choices and desires. It is not surprising, then, that relativism has been given such a free ride.

Gairdner provides his readers with an admirably objective survey of relativist thought from Protagoras to post-modernism, whose arguments, in such diverse disciplines as philosophy, anthropology, linguistics, biology, physics and quantum theory, he nonetheless manages to make broadly accessible. That he has been able to render coherent the prose of the deconstructionsists Foucault and Derrida is something for which he will earn the undying gratitude of the multitudes.

Along the way, Gairdner exposes the grossly political motivation behind the research of such pioneers of the new “science” of anthropology as Franz Boas and the risible myths of primitive innocence confabulated by the likes of Ruth Benedict and Margaret Mead. And we learn that Einstein, though popularly supposed to have proven that “everything in the universe is relative,” was, on his own part, persuaded that he had only demonstrated the universal and objectively knowable constants of nature. It is a little known irony that Einstein came to bitterly resent the misappropriation of his work by the demagogues of moral and cultural relativism.

Gairdner is at his best in bringing such ironies to gestation, especially as they emerge from the self-refuting logic of relativist theory itself. How would the relativist respond, one wonders, to Gairdner’s point that the very declaration that all assertions of truth are relative can only mean that this assertion too is relative and valid only for those who assert it? Or that just because differing perspectives produce conflicting “narratives” of reality (of the proverbial crime scene, for example) doesn’t negate the fact that something definite and real has happened and that its truth is ultimately unitary, however difficult to discover.

The most tragic irony is that relativism condemns us all to muteness and quietism in the face of evil. The anthropologists whose theories arose from a high-minded aversion to imperialist European illusions of racial and cultural superiority were ultimately disqualified from criticizing those very illusions by their own insistence that all cultural practices are equal and equally valid from the internal viewpoint of the culture itself (the only viewpoint permissible). For what can one say about Nazism, for instance, save that it was subjectively “valid” for the German people who believed in its truth at the time?  The inevitable logic of relativism is to declare all cultural practices, from head-hunting and cannibalism to slavery and tyranny, “morally infallible” and “beyond criticism.” What’s more, by denying the validity of universal moral norms of freedom and right, relativism at the same time leaves the individual defenceless against the depredations of the totalitarian state.

The main burden of Gairdner’s book is, more happily, to show that there exist, in fact, any number of demonstrable universal and abiding patterns, ideas and truths that transcend and unify all historical epochs and cultures across the world:  in mathematics, theology, myth, morality and law; and that current studies in biology, psychology and theoretical physics are uncovering new constants of human and physical nature every day.

The Book of Absolutes is probably Gairdner’s most important work to date, not that this former Olympic decathlete shows any signs of slowing down. Not since Allan Bloom’s The Closing of the American Mind has a book come along that furnishes so many insights into the morbid mentality of a civilization that has lost confidence in its certainties and itself or that more clearly points the way up from despair. For conservative resistors, at any rate, it’s nice to see tradition and truth in the role of accuser, rather than accused, for a change.

Harley Price has taught courses in religion, philosophy, literature and history at the University of Toronto, U of T’s School of Continuing Studies and Tyndale University College.  He blogs at Priceton.org.

Both books by William Gairdner are available at his website: williamgairdner.com. 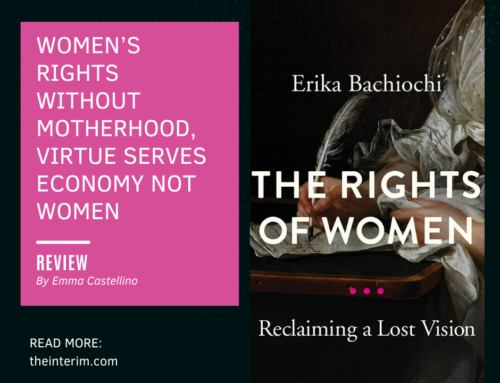 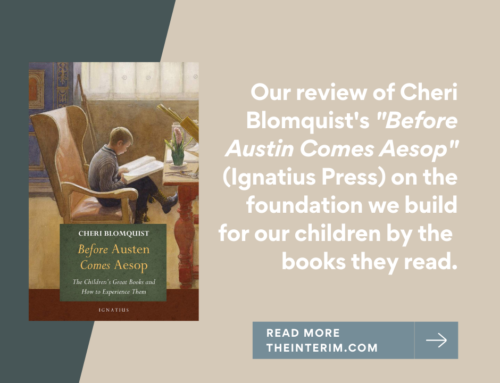 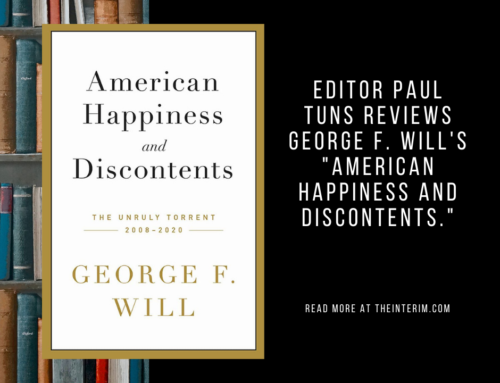 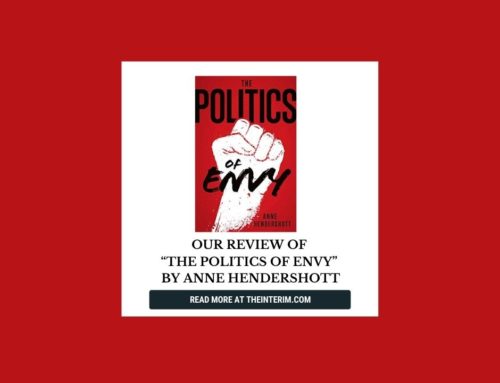