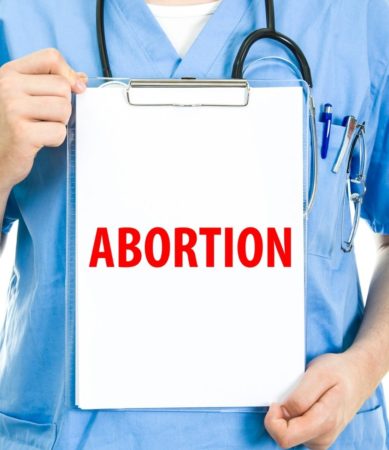 The U.S. Food and Drug Administration (FDA) has allowed abortion drugs to be dispensed by mail, with acting FDA Commissioner Janet Woodcock declaring it safe to allow mifepristone, the first half of the chemical abortion drug RU-486, to be taken at home without medical supervision, in order to reduce the risk of contracting COVID-19 by minimizing visits to doctors’ offices.

Previously, the FDA had found abortion-by-mail distributors violating the Risk Evaluation and Mitigation Strategy that requires abortionists to “asses the duration of the pregnancy accurately, diagnose ectopic pregnancies, and provide surgical intervention in cases of incomplete abortion or severe bleeding.” The National Abortion Federation (NAF) challenged the FDA’s regulation in court. The NAF said it was “excited” over the Biden administration’s reversal and said abortionists in states that allow telemedicine will distribute the abortion pill by mail “immediately.”

Operation Rescue released a report in January noting that 69 abortion facilities distributed the abortion pill through the mail, with two – Just the Pill in Minnesota and Choix in California – operating solely by distributing abortion drugs through the U.S. Postal Service. In January the Supreme Court of the United States enforced the Trump administration rules.

Marjorie Dannenfelser, president of the Susan B. Anthony List, said “pro-abortion activists have exploited the COVID-19 pandemic from the beginning, working to eliminate safety precautions in order to expand the proliferation of dangerous chemical abortion drugs.” She said the FDA reversal “prioritizes abortion industry profits over the health and safety of women.”

Since 2000, when the Clinton administration gave its approval for the abortion drug, the FDA has reported more than 4,000 adverse events, including 24 maternal deaths, although a Live Action report earlier this year said official statistics undercount the actual number of dangerous adverse reactions.

There is anecdotal evidence to buttress narratives that abortion is either up or down during the pandemic. Some states deemed abortion non-essential and restricted access to abortion facilities early in the pandemic to ensure medical equipment was reserved for fighting the coronavirus. The number of pregnancies has declined overall due to lockdown limitations and the economic toll they took. At the same time, abortion advocacy groups told journalists that the number of inquiries about abortion increased early in the pandemic. Official statistics for the number of surgical abortions committed in Canada and the United States will not available for some time.

The Abortion Rights Coalition of Canada (ARCC) released a report recently, “Abortion rights and healthcare during COVID-19,” which outlined the limits abortion facilities faced and self-imposed during the pandemic. The ARCC said abortion was deemed essential in all ten provinces and three territories, so there was minimal interruption of surgical or chemical abortions in Canada. The report said, “a few clinics may temporarily close due to staff illness or staff shortages” and that some private facilities “are restricting their catchment areas to abide by advice to limit travel.” It stated that “Some hospitals may sideline or shut down surgical abortion services (at least temporarily) so they can focus on the pandemic,” but there were no media reports or public statements suggesting this had occurred.

In jurisdictions requiring proof of pregnancy through blood tests or ultrasounds before obtaining a surgical or chemical abortion, some laboratories were experiencing delays due to the volume of COVID testing or limits on capacity during lockdown restrictions.

The report noted that some abortionists were “delaying very early surgical abortions for a week or two.” It is unclear what effect this has had on the overall abortion rate.

ARCC said one of the precautions abortionists in Canada were taking to reduce the risk of spreading coronavirus was “increasing usage of medical abortion via Mifegymiso, rather than surgical abortion, to minimize physical contact.” Another precaution was “allowing only patients in the clinic, without support people.”

ARCC also said that because many women travel to the U.S. for late-term abortions, difficulties traveling abroad could mean there are fewer abortions. Reproductive Justice New Brunswick said that a barrier to abortion in that province included cuts to the schedule of Maritime Bus due to travel restrictions.

Jeff Gunnarson, national president of Campaign Life Coalition, told The Interim it is difficult to imagine how abortion advocates would broaden the abortion license any further than it is now, but said “pro-abortionists have made their voices heard saying government must ensure abortion stays an essential service.”

Gunnarson said he is worried that abortion rates will go up as economic and health fears lead women to choose abortion if they become pregnant during the pandemic. He noted that this year’s National March for Life theme is “You Are Not Alone,” speaks to those with such fears. “It is vital that we reach out to these women in crisis to offer a helping hand,” he said.