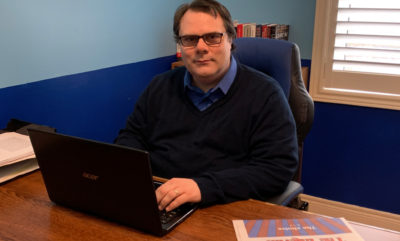 From the editor’s desk:

Cook at Mercatornet made an excellent point about the abortion debate in the United States following the leak of a Supreme Court decision that indicates that the five-decade old Roe decision is about to be overturned: the pro-abortion side is going to have to learn to debate their position. For nearly five decades, the pro-abortion side has been able to assert that the right to choose to kill a preborn baby was a constitutional right because the Supreme Court said so. That right was always precarious, established on a structure of shoddily constructed penumbras and emanations to manufacture a right to privacy upon which the right to abortion rested. The Court ignored the humanity of the preborn child. Legal abortion will have to contend with that messy but unavoidable fact.

Still today, there is a fundamental dishonesty when abortion advocates make their case, with two common tropes: they often deny or downplay the humanity of the preborn child by labeling it an embryo, fetus, or part of the mother (the old “clump of cells” argument) or they retreat to so-called difficult cases such as rape and incest. Pro-lifers have become quite adept at handling both lines of argument. We had to.

The pro-life side was required to formulate their arguments to win over converts whether it be the political or legal arenas, or among our friends and family. Refining and perfecting our arguments is what has led to the possibility of the momentous overturning of Roe expected later this month. The process in the United States took time – nearly 50 years. Truth will find a way.

Truth has a habit of finding its way into the mouths of abortion advocates, too. President Joe Biden who professed to be pro-life while straddling the fence on abortion for decades, became uncompromisingly pro-abortion as the Democratic presidential contender and has remained so during his presidency. Yet when asked by reporters about the Roe leak, Biden said: “The idea that we’re going to make a judgment that is going to say that no one can make the judgment to choose to abort a child, based on a decision by the Supreme Court, I think goes way overboard.” It is notable that the most visible proponent of abortion admitted that a “child” is aborted. Many proponents of baby killing desperately try to avoid that simple truth. One journalist reporting on the leak said that a pregnancy that is not aborted could become a child while another reporter said the non-aborted child will become a pregnancy. Perhaps these reporters were discombobulated by the fact that Roe was going to be overturned, but the utter confusion was on full display.

There are so many examples of the pro-abortion side becoming unhinged that it is obvious that before they take Cook’s advice we are going to witness a lot of craziness. Many feminists call abortion restrictions “forced birth.” The pro-abortion side seems to believe that America will become Gilead, that Atwood is a prophet not a novelist. But the state is not going to take control of women’s bodies; women have agency when it comes to having sex.  Other abortion activists say that abortion restrictions could end up criminalizing miscarriages and prevent doctors from treating ectopic pregnancies. These activists seem to have little faith that common sense could possibly prevail once abortion bans or restrictions are in place.

The New Republic’s Philip Cohen claimed that reversing course on abortion was an “attack on the modern family,” while others argued that the Supreme Court sending the issue back to legislatures was an “attack on democracy.” Cohen also saw abortion restrictions as undemocratic, insisting, “Like voting rights, abortion rights are a cornerstone on which the structure of modern democracy rests.”

The New York Times ran a guest column by Carly Thomsen, Carrie N. Baker, and Zach Levitt, titled, “Pregnant? Need help? They have an agenda,” about crisis pregnancy centres (CPCs) “try(ing) to deter women from getting abortions, often with deceptive practices — and, in some cases, using taxpayer dollars.” It is fair, you see, to be deceptive and take government funding to do abortions but not prevent them. The deceptions include volunteers posing a doctors and offering assistance instead of abortion; I have never seen or heard of the former, and no one can reasonably assume the latter is deceptive. Fetal models, descriptive language, and medical studies are portrayed as misleading. The authors fret that  more “women of reproductive age would live closer to to a CPC than to an abortion facility.” Why on Earth would anyone who claims to care about women (rather than promoting abortion) take umbrage to helping women choose life?

John McWhorter had an excellent column in the New York Times saying he is pro-choice but he recognizes and respects the pro-life arguments against abortion. Civility and decency – the simple ability to get along in a diverse democracy – requires as much. But so, too, will the pro-abortion side’s ability to formulate counter arguments to the pro-life position. The fact that they are retreating to dystopic predictions, may illustrate they might know there is no good argument in favor of abortion.