Books of the Day

Home/Book Review, Marriage and Family, Religion/Books of the Day
Previous Next

Books of the Day 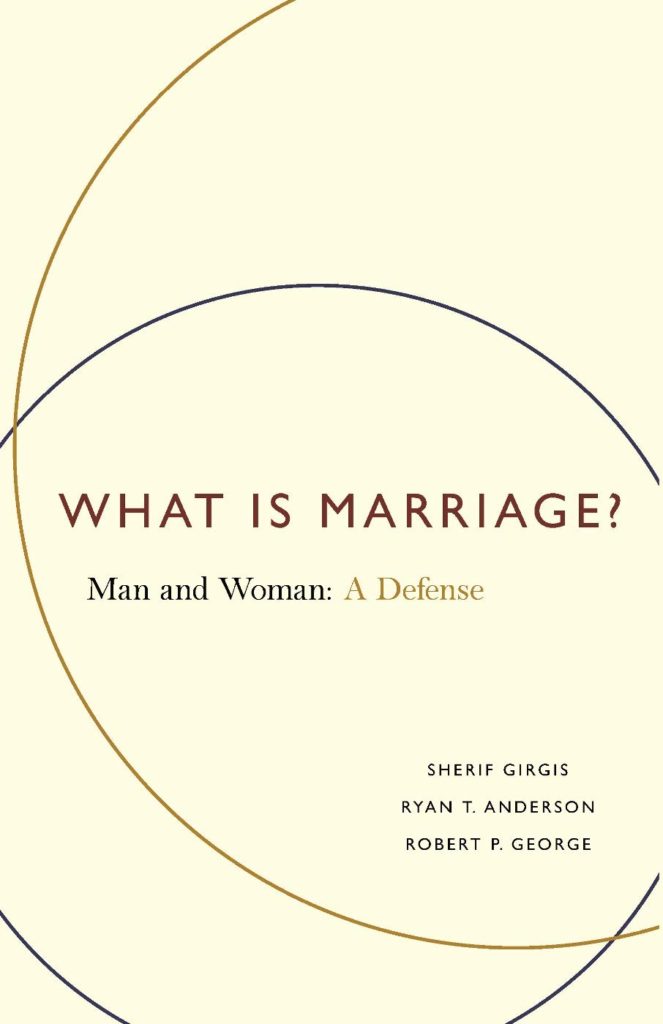 In 2013, Sherif Girgis, Ryan T. Anderson, and Robert P. George co-wrote a brief book, What is Marriage. Last year, the book was re-released and rightly so. Although the book was originally released during the height of the same-sex “marriage” debate in the United States, the authors wrote, “What we have come to call the gay marriage debate is not directly about homosexuality, but about marriage. It is not about whom to let marry, but about what marriage is.” Their argument rests on the “conjugal view” of marriage, that it should lead to procreation, which is obviously not possible for same-sex couples. In their new conclusion, Anderson and George write that the early years of the experiment redefining marriage has exacted steep costs. Because law shapes culture, culture shapes beliefs, and beliefs shape action, there have been profound consequences in legally redefining marriage, including promoting the view that parents are replaceable and that marriage is merely about consenting adult relationships in whatever arrangement they choose. This, they say, “undermines the truth that every child deserves a mother and a father.” The book is both a powerful, tightly argued polemic and apologetic, and it illustrates why, even with same-sex “marriage” supposedly settled, the fight for the traditional view of marriage still matters.

Peter Kreeft applies his customary brilliance to exploring a dozen Psalms to highlight what lessons are to be learned and put into action by Christians everywhere in his latest slim and highly readable volume. He provides ways for us to contemplate the Psalms, not to intellectualize them but to make God more present in our lives. Kreeft points out that the parallel structure of the Psalms appeals to “both the head and the heart,” and he demonstrates how each of his 12 chosen Psalms, beginning with “Blessed is the man,” does precisely this. Kreeft notes that David, the author of about half of the Psalms, was “praying rather than philosophizing, moralizing, or suggesting some practical self-improvement program or some politics.” Reflecting on the Psalms is one way to understand God’s love for us, and reciprocate that love through prayer.