After nearly two months of debate and hearings, the Senate amended the government’s Bill C-7, which, if passed, will extend euthanasia and doctor-assisted suicide to those who are not terminally ill and those suffering psychologically and thus opening the door to euthanasia for mental illness despite the government’s insistence that mental illness is not a reason to access a medically assisted death. It would also toss out a number of safeguards including the 10-day waiting period between a euthanasia request and it being carried out and lowering the number of witnesses for a request from two to one, and allowing the physician who carries out the euthanasia request to be one of the witnesses.

Because of the Senate’s substantive amendments, Justice Minister David Lametti is asking a Quebec Superior Court judge to give the government until March 26 to pass Bill C-7. If granted, it would be the fourth extension to the court-imposed deadline of March 2020. Yet, Lametti and Health Minister Patty Hajdu were publicly committed to enacting C-7 by the Feb. 26 deadline. “Amending Canada’s MAiD (medical assistance in dying) law has been a lengthy and complex process. After months of review in both the House of Commons and the Senate, we are now at a critical stage,” the ministers said.

The Trudeau government says the bill is intended to bring the law into line with a 2019 Quebec Superior Court ruling that struck down a provision limiting so-called Medical Aid in Dying to only those people whose deaths are reasonably imminent.

The House of Commons resumed debate on the Senate amendments on Feb. 23, three days before the latest court deadline to pass a new euthanasia law. If the House votes to accept the amendments, the amended bill will become law, but if it rejects or further amends the Senate’s proposed changes, the bill will be sent back to the Upper Chamber.

The Senate has passed the bill with five amendments, two of which further expanded euthanasia and assisted-suicide beyond the Trudeau government’s already permissive bill. One of the amendments would require the federal government to explicitly permit euthanasia to those suffering solely from metal illness after developing a protocol defining mental health reasons for accessing MAiD. The other amendment would permit advance directives for euthanasia so that the lethal procedure can be carried out on those who have lost their mental capacity. 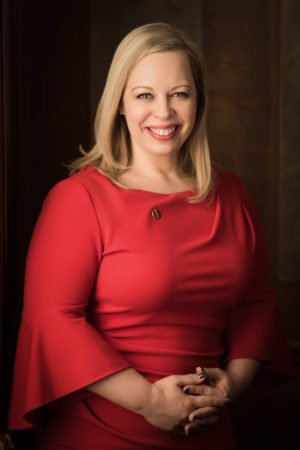 Conservative Senator Denise Batters condemned the government’s “ableist and discriminatory” bill, and warned that the Senate amendments “to further extend assisted suicide to people with mental illness and allow for advance directives” made the bill worse. “You have put in motion a runaway train,” she said, “and the consequences will be dire.”

Batters became a mental health advocate after her husband Dave, a former Canadian Alliance MP, died by suicide in 2009. She said last month, “medical experts tell us there is no evidence that mental health is irreversible so why would we make it easier for people with mental illness to access death than it is for them to access the right treatments and options that could relieve their suffering and help them to live?”

Other Senate amendments included requiring the government to collect race-based data on who requests and receives assisted dying, and to establish a joint parliamentary committee within 30 days of the bill receiving royal assent to review the assisted dying regime in Canada.

When C-7 was before the Senate, the Ontario Medical Association urged senators to amend Bill C-7 by including conscience rights for medical professionals. They declined to do so.

The Trudeau government responded to the Senate’s amendments with several of their own, which means a debate and vote on those new proposals, and if they are passed, the matter will return to the Senate for further consideration.

Lametti countered the Senate’s18-month sunset clause prohibiting euthanasia for mental illness alone with a 24-month one, saying it will take that long to define mental illness and create new protocols for such cases.

The Trudeau government also rejected the Senate’s amendment to permit advanced directives, which would allow patients with degenerative ailments such as dementia to outline how they would like to be euthanized if they ever became mentally incompetent to request euthanasia or assisted-suicide. Lametti said the issue needs further study.

The government has accepted the Senate proposal to begin an immediate review of euthanasia in Canada, including the issues of allowing teenagers to be euthanized, the creation of advance directives, giving access to those who suffer from only mental illness, and the state of palliative care in the country. During both Senate and House of Commons hearings on C-7, many doctors decried expanding medicalized killing while denying life-enhancing treatments, including palliative care. Experts say the majority of patients do not have access to timely or quality palliative care.

Schadenberg said, “As bad as Bill C-7 was, the Senate expanded the bill to include people with mental illness (with an 18-month time-frame to develop rules around the issue) and euthanasia for incompetent people who request death in their advanced directive.” Schadenberg said it would be difficult for people who become incompetent to change their mind if they had requested a euthanasia death in advance. He said this contradicts the 2015 Supreme Court decision which opened the door to euthanasia but limited it to people who were competent.

C-7 also creates a two-track law. A person whose natural death is deemed to be reasonably foreseeable will no longer have a waiting period to die, while a person whose natural death is not deemed to be reasonably foreseeable would have a 90-day waiting period before being killed by lethal injection. Many legal experts say this is discriminatory and a number of senators wanted to scrap that 90-day waiting period for euthanizing non-terminally ill patients.

Schadenberg pointed out that unlike the Dutch euthanasia regime, Medical Aid in Dying in Canada under C-7 would be permitted for people who refuse treatment. In the Netherlands, protocols require that a patient at least undergo treatment for their maladies before being euthanized.

Most of the Conservative caucus is opposed to liberalizing Canada’s four-year-old euthanasia law, and the MPs were expected to ask for a full debate. Liberals accused the Tories of delaying the passage of the bill.