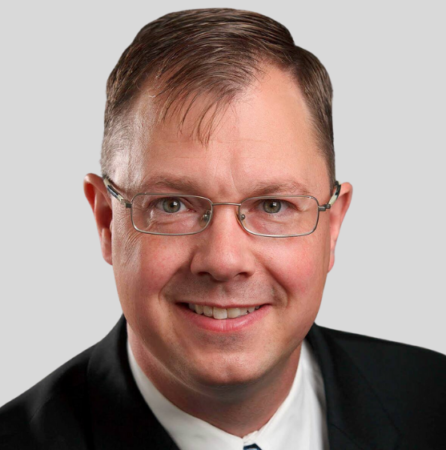 Sixteen months into lockdowns, governments continue to restrict our basic Charter freedoms of expression, association, peaceful assembly, religion, conscience, travel, and movement. Meanwhile, our economy lies in ruins. Our children and grandchildren will need to repay hundreds of billions of dollars of lockdown debt.

What started out as a reasonable, precautionary response to an unknown virus has turned into an ideology that threatens to destroy the free society, perhaps permanently.

A political ideology is a fanatical belief system that exalts one single aim over everything else, while disregarding the terrible costs of forging ahead blindly. Ideologies refuse to consider the fullness of reality, its complexity, and its interconnectedness. An ideology identifies one villain, fixates on one injustice, and uses coercive state power to pursue one goal and to crush anyone who dissents from the official narrative.

The ideology of communism explained reality as a class struggle between good, oppressed workers and evil, exploiting capitalists. Nothing could stand in the way of building the workers’ paradise. In pursuit of this singular goal, individual freedom were eliminated as the likes of Lenin, Stalin, Mao and Pol Pot murdered tens of millions of innocent people. The Ukrainian kulaks (successful peasant farmers) were starved to death by Stalin in the 1930s as ideological “class enemies.”

Nazism explained reality as a racial struggle between Aryans and non-Aryans (Jews especially) and promised a glorious future for Germany under a thousand-year Reich. Germans allowed themselves to be guided and managed like sheep while the state trampled basic human liberties, euthanized the handicapped, prepared for war, and gradually increased its persecution of Jews to the point of killing millions.

Today’s social justice warriors explain reality as group warfare: women vs. men, whites vs. non-whites, gays vs. straights, rich vs. poor. The progressive Left dismisses the common-sense fact that much of the injustice and unhappiness in the world is caused by individuals mistreating other individuals. Indeed, ladies mistreat other women, men oppress other guys, gays hurt other gays, and people of all races perpetrate injustice on members of their own ethnic groups. But nuanced facts are irrelevant to this ideology of group oppression.

The ideology of Covidism holds that everything must give way to the sole objective of stopping the spread of a single virus (and its variants). Nothing else matters. Not our mental and emotional health, which depends on connecting in person with friends, family members, and fellow believers at a house of worship. Not the strength of our immune system, which depends on good physical health, open gyms and stores, and avoiding a continual state of fear and anxiety. Not our economic prosperity, which is necessary to create the wealth required to look after vulnerable members of society.

Ideologies also contain a kernel of truth. Workers have been oppressed; the 1919 Treaty of Versailles was unfair to Germany; racism and sexism are wrong. However, ideologies elevate one kernel of truth to the status of being the only truth that matters, and the truth that must govern everything else.

Covidism’s kernel of truth is that people should make reasonable efforts to protect seniors and other vulnerable individuals from a virus that will shorten their lives. Covidism perverts and corrupts this truth by imposing unscientific measures that destroy our economy, shred the fabric of civil society, harm our mental and physical health, and drive people into unemployment, poverty, depression, anxiety, and despair. Politicians disregard disturbing facts by claiming repeatedly that lockdowns save lives; yet they do not produce actual evidence to back up their claim.

Ideologies are based on lies. Covidism is based entirely on Dr. Neil Ferguson’s false March 2020 prediction that COVID would be as deadly as the Spanish Flu of 1918, which killed 50 million people (when world population was barely a quarter of what it is today). But the government’s own data and statistics tell us that this virus is like the Asian Flu of 1957 and the Hong Kong Flu of 1968, not the Spanish Flu of 1918. Yet every day the media and politicians urge us to live in fear of a bad annual flu.

Ideologies eventually collapse under the weight of their own contradictions, lies and lack of science — but not before inflicting incalculable damage on millions of people. But there is hope: truth eventually prevails over falsehood. For the sake of Canada and the entire world, let’s hope that Covidism’s reign ends soon.

Lawyer John Carpay is currently on leave from his position as president of the Justice Centre for Constitutional Freedoms (jccf.ca) which represents Canadians challenging lockdowns in court actions across Canada.