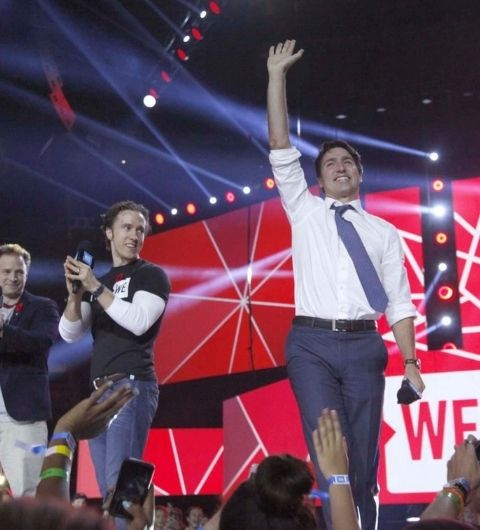 The summer political news cycle was dominated a scandal that saw the Federal Liberals give money to the We Charity, which had paid speaking fees to members of the Trudeau family and provided travel to the family of then-finance minister Bill Morneau.

In the Spring, Prime Minister Justin Trudeau announced $900-million in new funding for students who could not find summer work to be compensated if they volunteered. The proposed Canada Student Service Grant program, and on June 24 it was later revealed, would be administered by the We Charity at an approximate cost of $43.5 million. Trudeau said only the We Charity had the network to run the program, but otherwise would not profit.

The opposition parties questioned why the public service could not administer the program and the propriety of an organization with ties to the Prime Minister and his finance minister, especially considering that it would not fall under the purview of the Auditor General so parliamentarians would not be able to determine if the funds were spent appropriately and efficiently.

The Globe and Mail and Blackock’s Reporter dug into the connections between the foundation and senior Liberals and Trudeau’s family.

We Charity paid more than $300,000 to Trudeau’s mother Margaret Trudeau and brother Alexandre, a filmmaker, for speaking at We events; it also covered an undisclosed amount for “expenses” related to Sophia Gregorie Trudeau’s volunteer activity for the group. Morneau repaid $41,000 in travel costs that the family had accepted from We Charity and it was revealed that one of Morneau’s daughters worked for the group and another had spoke at multiple We Charity events. The Ethic Commissioner opened an investigation into whether they had violated the Conflict of Interest Act.

We Charity has received $120,000 in previous federal government contracts and $5.2 million in grants from the Trudeau government since 2017.

On July 3, Minister of Diversity, Inclusion and Youth Bardish Chagger announced that the We Charity would not administer the CSSG grant, calling it a mutual decision. Craig and Marc Kielburger, founders of We Charity, said the controversy overshadowed both the program and the organization’s work.

We Charity is a registered charity that was founded as Free the Children in 1995, then dedicated to ending child labour in the developing world. It has since become a broader international development and youth empowerment charity, hosting Me to We events in Canada and the United States for school-aged children. iPolitics also reported August 13 that We Charity is also registered to lobby the federal government, having lobbied “a long list of federal departments and offices,” although only two communications with official Ottawa took place after the CSSG contract was cancelled.

Charity Intelligence, a recognized charity that investigates other Canadian charities, reported that last year We Charity handed over eight per cent of its revenue to the We to Me for-profit company owned by the Kielburger brothers, Craig and Marc. Charity Intelligence characterized the amount as “unique” among charities. Charity Intelligence has notes there is “donor confusion about the blurred lines between We Charity and Me to We,” noting the similar goals and marketing, and the personalities involved.

The government’s arrangement with We Charity has all the trappings of many political scandals in which friends of high placed officials get contracts to do government work. And as Charity Intelligence has demonstrated there are blurred lines between the charity and company.

CLC has warned about We for years

Marc Keilburger attempted to deflect charges that they and the organization were pro-abortion by telling the Catholic Register in 2011, “both my brother, Craig, and I are proud members of the Catholic faith” and that they “live our faith through our service work as volunteers with Free the Children.” Craig and Marc Kielburger also said they did not personally approve the fact sheets released by their organization. The fact sheets were later removed.

The same year on May 9, 2011, the Kielburger brothers wrote an article entitled: “A Mother’s Day Manifesto” for the Toronto Star. They stated: “And as women in developing countries fight for reproductive rights, our now Conservative majority government is poised to cut funding to International Planned Parenthood, an organization that provides reproductive health services abroad. It’s a paternalistic refusal to offer women in Africa the same rights offered to women in Canada.”

In 2018 when the Hamilton Catholic District School Board approved a Sanctity of Life motion forbidding its schools from donating to charities that directly or indirectly supported abortion, contraception, sterilization, embryonic stem cell research or euthanasia, We Charity removed itself from the list of approved charities. At the time, CLC wrote in a Facebook post: “WE’s leadership has apparently deemed that it cannot commit to never publicly contradicting Catholic doctrine on the Sanctity of Life. That organization, along with We’s Free the Children group, has been a source of major scandal to the Catholic Church. It has admitted to distributing contraceptives & condoms in at least one African clinic that it runs, here.”

Me to We events, that have attracted hundreds of thousands of students to stadium events, have had pro-abortion speakers such as Sophie Trudeau, Chelsea Clinton, and actress Mia Farrow.

Campaign Life Coalition president Jeff Gunnarson told The Interim that his organization has been warning Catholic schools and churches about the Kielburgers and their organizations for years. “We have been saying for more than 20 years that the Kielburgers, Free the Children, the We Charity, and Me to We events promote abortion and contraception and should not be given special access to impressionable school-aged children to promote their agenda.” Hughes admits that the overall message of Me to We events that children can use their voice to promote justice is a good one “as long as you have the right idea about justice.”

Gunnarson said it is “ironic that the people behind a group called Free the Children ended up supporting the killing of preborn children in the womb as a form of empowerment for girls and women in the developing world.”