A leader we need

Home/Editorials/A leader we need
Previous Next

A leader we need 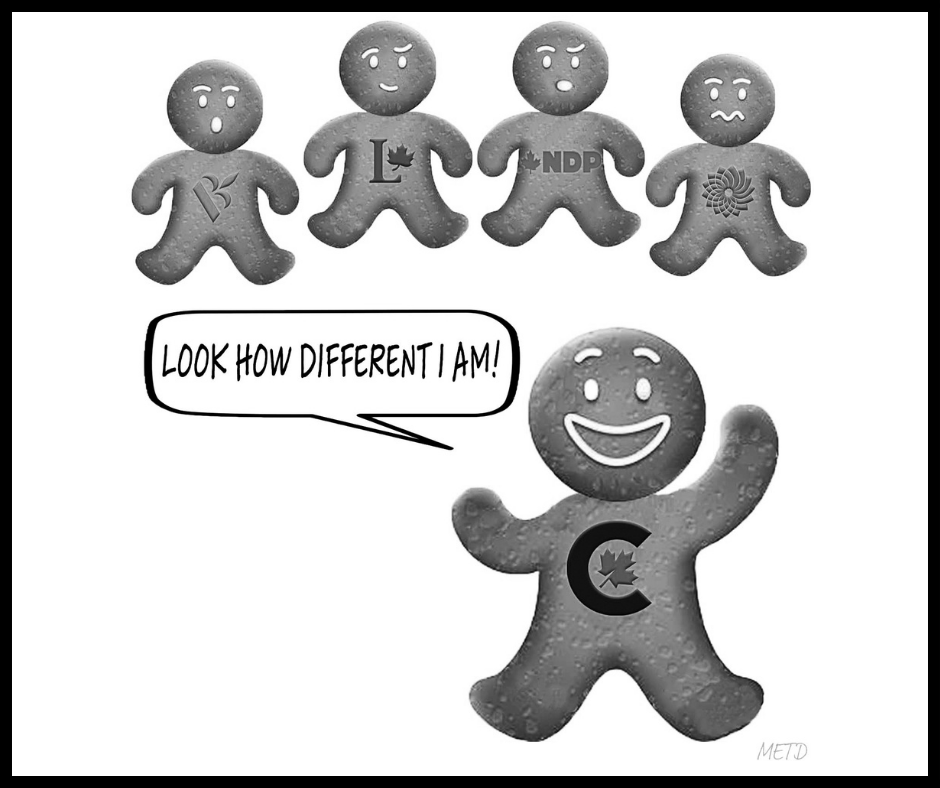 The writ was drawn in mid-August, pandemic notwithstanding. Assuming the electorate wouldn’t punish them and their minority government for calling an election during a public health crisis, the Liberals stood to gain a majority. But as the campaign unfolded, fortunes rose and fell. As the dust settles in the election’s immediate aftermath, it would seem that nothing much has changed; no party has increased its standing in the House of Commons by more than a handful of seats. To paraphrase Lady Macbeth, this particular exercise of democracy, although full of sound and fury, appears to have signified nothing at all. The status quo ante endures.

But these stable results belie the profound truths that this election did reveal; the very fact that this election changed so little is, in fact, a damning indictment of the political class in our country, and it points towards an especially egregious failure of Erin O’Toole’s Conservative party. If nothing changed in Canada on the morning after the vote, it shows that the Tories offered no alternative to Trudeau’s radical vision. The apparent “tie,” therefore, is actually a resounding defeat for O’Toole who should resign as his party’s leader immediately.

But even if he does the right thing, we have reason to doubt whether O’Toole and his party will learn the necessary lesson. A cut weed grows back quickly, and the roots of the CPC’s problem run very deep. Whether or not O’Toole’s political career survives, another milquetoast, mawkishly accommodating figure will come to sustain the illusions of the benighted party brass soon enough. This national party seems intent on squeezing itself into an invisible niche in a non-existent middle of the Canadian ideological spectrum while, at the same time, it bleeds support on each side. The CPC, therefore, is merely an acronym in search of a political base; it does not have a conservative vision and it espouses no firm and fixed conservative principles. O’Toole’s failure will only embolden Trudeau and his transformative agenda. The Liberals will limp along, ruling from regional centres of power, unmoved from the top of Canada’s factional fiefdoms because our country remains bereft of real leadership.

There was a time, in living memory, when political parties did offer Canadians a genuine choice. There was a time when pro-life Liberals addressed the March for Life, and when Tory politicians would actually court social conservatives instead of shunning and insulting them. There was even a time when “pro-life New Democrat” was not a contradiction in terms. Although political theorists often employ “polarization” to describe the amplified extremes of our current discourse, “centralization” is surely a much more accurate term: the edges of a debate are accentuated when politicians cluster at the centre—or, in Canada’s case, the left-of-centre.

Canada is in desperate need of political, moral, and cultural leadership. The evil of

abortion corrodes our society more and more with each passing day; the basic facts of gender and human sexuality have become unspeakable; cancel culture is our culture, and official opinions and imposed celebrations have become standard across every industry and profession; vaccine mandates have turned individual decisions into fraught contests over bodily autonomy and consent; and the populace is being endlessly primed, nudged, and prodded towards a future that bears no resemblance to our nation’s proud past. (Who, indeed, would be able to affirm that our country has a heritage of which it ought to be proud?)

A country with no history has no future—and a nation with no firm moral foundation cannot withstand history’s perpetual storms. The incremental and illiberal changes that the pandemic-mitigating policies continue to introduce into our society indicate all too clearly that our country is adrift, with no-one at the helm of the ship of state. And so the wholesale slaughter of the unborn will continue, and our culture will slide further from its moral moorings. The only check on this insidious inertia will come with new leaders, new parties, and the active, engaged coalition of citizens who commit to doing the hard work needed to elect them.

Now, more than ever, Canadian pro-lifers must get engaged in politics. They must be informed about the issues, active in the lowest levels of their local organizations, articulate in their advocacy of the unborn and the traditional family, and unflinching in the face of pressure, contradiction, and ridicule. The conscience of your country has need of you, and the cowards who insist otherwise—the Tories, for example, who are already searching for yet another iteration of Andrew Sheer—need to be opposed, debated, and repudiated. As the political situation in Canada grows darker, the lights of those who work for just causes will shine with all the more clarity and splendor.

More than anything else, however, pro-life Canadians must pray. God does help those who help themselves—but His assistance must first be sought, His favour preserved, His blessings drawn by obedience to His commandments, and His Divine protection actively invoked.  For the next few years, Canada will be governed by the leaders that it sadly deserves; but through our persevering prayers, we can petition the Lord to provide us with a leader that we need—one of the “shepherds after (His) own heart” (Jer 3:15) which He has promised through His prophet. Such a leader will speak with moral clarity about abortion, and will offer a clear alternative to the “consensus politics” which leaves no room for traditional values. But such a leader will be as much a catalyst as a consequence of a larger moral awakening which can only flow from God’s corrective, chastening, but above all charitable call—especially the call of conscience which speaks within each heart, whether or not we heed it; “he who has ears, let him hear” (Mt 13:9).