Home/Features/Top stories of 2008
Previous Next

The March for Life attracts more than 8,000 participants and most provinces hold smaller demonstrations to mark the anniversary of the 1969 Omnibus Bill. The Interim marked its 25th anniversary of providing pro-life journalism in Canada. The Canadian Taxpayers Federation exposed that Service Canada regulations permit women who have abortions to take up to 3 1/2 months of sick leave if they undergo them within the first 19 weeks of pregnancy and women who abort after that point are entitled to maternity benefits.

The Conservative government raised the age of consent from 14 to 16. Following an appeal of the parole board’s refusal to grant early release, Robert Latimer was granted day parole. In a referendum, voters in the state of Washington supported the legalization of euthanasia and physician-assisted suicide by a nearly three-to-two margin. Voters in California passed a constitutional amendment rescinding same-sex “marriage” in the state by 53-47 per cent. Pro-life groups at numerous Canadian universities faced discrimination as student unions refused to grant official club status or put severe restrictions on their activities.

6. Election of Barack Obama as president of the United States

Americans overwhelmingly elected Democrat Barack Obama to the White House, despite his pro-abortion extremism. As a state senator he opposed a bill that would have protected infants who survive abortion, a law that not even NARAL Pro-Choice America has opposed. Obama said one of the first pieces of legislation he wants to sign when he becomes president is the Freedom of Choice Act, which will throw out all restrictions on abortion at all levels of government.

Obama also said he would reverse the Mexico City Policy, prohibiting taxpayer funding from going to foreign agencies that commit or promote abortion, as well as the existing restrictions on embryonic stem cell research. The Obama administration is expected to also push a pro-abortion and radical population-control agenda in the international arena.

For years, social conservatives have argued that federal and provincial human rights commissions present a serious threat to the rights of free speech, the free exercise of religion and freedom of the press. Gay activists have used the commissions to seek redress for “offences” caused by faithful Christians who refuse to countenance their activism or lifestyle. But it wasn’t until Muslim activists went after journalists Ezra Levant and Mark Steyn did the mainstream media (Maclean’s, the National Post, Halifax Herald, Vancouver Sun and a handful of talk radio programs) and web-based commentators (bloggers) begin to take notice of the threat the HRCs pose to genuine human rights.

Both Levant and Steyn won their respective cases, but only after great financial cost to each of them, as happened to Catholic Insight after a complaint from a gay activist who accused the magazine of promoting hatred and contempt toward homosexuals.

In November, Conservative party delegates nearly unanimously supported a motion committing the party to abolish Section 13(1) of the Human Rights Act, the controversial “likely” to cause hate section employed by activists to silence and bully their political opponents. This position was taken by Professor Richard Moon in a CHRC-commissioned report examining how the commission deals with so-called hate crimes.

In March, C-484, the Unborn Victims of Crime bill, Ken Epp’s private member’s bill that, if passed, would have recognized as a second victim an unborn child harmed or killed when a violent crime was committed against a pregnant woman, passed second reading. Pro-abortion activists, as well as organizations representing medical professionals, attacked C-484 as a threat to abortion “rights,” despite Epp’s insertion of a clause that explicitly stated the law would not apply to women seeking legal abortions.

In August, after the Canadian Medical Association criticized the bill as a threat to doctors, the Conservative government vowed to kill Epp’s bill and replace it with a law that would make pregnancy an aggravating factor in sentencing violent criminals while not recognizing the unborn child as a second victim. However, polls consistently showed two-thirds of Canadians supported an unborn victims of crime law.

From Sept. 23 to Nov. 2, hundreds of Canadian pro-lifers took part in the 40 Days for Life in Ottawa and Halifax. The Halifax prayer and vigil was held near the Halifax General Hospital, where abortions are committed, and the Ottawa one was outside Henry Morgentaler’s Bank Street abortuary. More than 500 people participated in a kick-off rally on Parliament Hill and organizers of 40 Days for Life ensured that there were people outside the abortuary praying 24 hours a day for all 40 days. There were three confirmed baby saves in Ottawa (and more than 441 in simultaneous 40 Days for Life vigils at more than 100 U.S. abortion sites).

Across Canada, messages were sent to organizers that groups within their own communities had participated in fasting and prayer to spiritually join the 40 Days event. There were several disturbances, including an assault on a pro-lifer holding vigil by a verbally and physically abusive passer-by and a suspicious bag that police thought might be a bomb. About 400 people took part in a halfway mark mass vigil and more than 500 took part in a moving procession and closing Mass at St. Patrick’s Basilica at the end of the 40 Days for Life. At least 750 people helped hold 960 hours of continuous vigil at the Morgentaler abortuary.

After being threatened by the University of Calgary administration with arrest, expulsion, suspension and the withholding of graduation privileges if they erected a Genocide Awareness Project display on campus, pro-life students went ahead anyway – thus far without facing the heavy-handed ramifications the university seemed ready to impose. On Nov. 27-28, the students set up a display that showed graphic images of aborted babies and graphically compared abortion with slavery and the Holocaust.

The university said the students could have their display only if the signs were turned inward, out of sight of passers-by. Campus security recorded the names of the pro-life students so it is still possible the university will act against them. Leah Hallman, president of Campus Pro-Life, said the students “are determined to display the GAP signs” again in the spring semester.

A statement on the Campus Pro-Life’s website condemned the administration’s “censorship, intimidation and bully tactics” and urged supporters to contact the university to express their outrage in attempting to silence pro-life speech. Thus far, the bully tactics and intimidation haven’t worked.

1. Henry Morgentaler is named to the Order of Canada

On Canada Day, the governor-general announced that abortionist Henry Morgentaler would receive the Order of Canada, the country’s highest civilian honour. The public was instantly engaged in a debate about Morgentaler’s worthiness of inclusion in the order and thus also about abortion. Polls showed the country deeply divided over Morgentaler’s honour and a Campaign Life Coalition-sponsored KlrVu poll found that a majority of Canadians opposed it. Pro-life groups collected tens of thousands of signatures on electronic and traditional paper petitions.

More than a dozen past recipients of the order returned their medals to protest the naming of Morgentaler to the order and another, former Windsor police officer Frank Chauvin, launched a lawsuit against Chief Justice Beverley McLachlin for her role as chair of the Advisory Council of the Order of Canada. A judicial review board refused to hear the complaint from a coalition of pro-life and religious groups regarding McLachlin’s conflict of interest in her dual roles of justice and advisory council member. In October, Morgentaler was invested with the order at a ceremony where former Supreme Court justice Louise Arbour said she was proud to see the snowflake medal on the abortionist’s lapel. 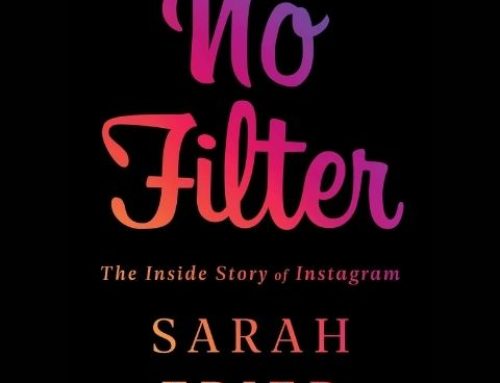 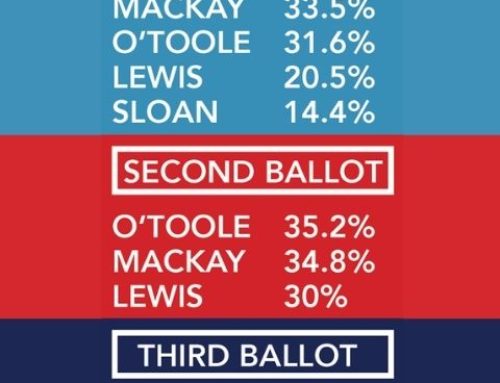 Analysis on the CPC election Gallery 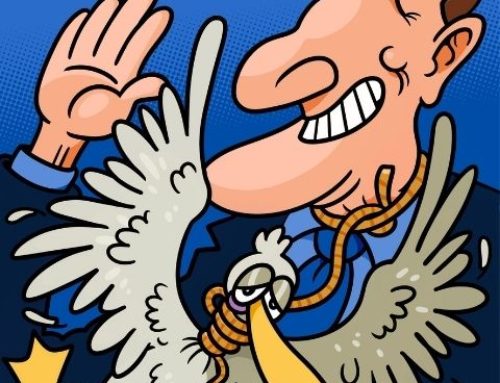