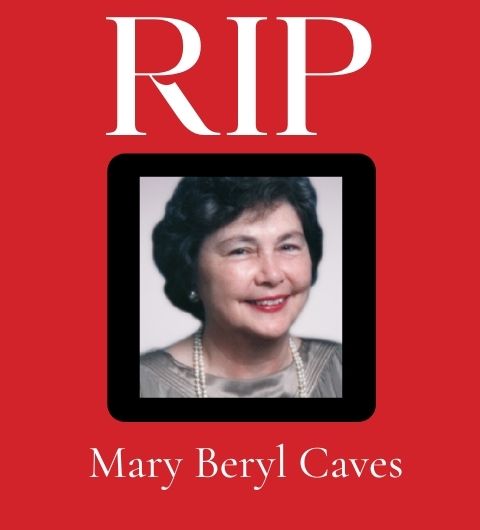 Mary Beryl Caves, a long-time leader in the Ontario pro-life community passed away on Jan. 7 at the age of 87. Caves, who went by her middle name Beryl, and her husband, Robert “Robin” Caves, founded Windsor and Area Right to Life (now Windsor-Essex Right to Life) in the early 1970s. When Beryl suffered a debilitating stroke, Robin took over until about five years ago.

Jim Hughes, president emeritus of Campaign Life Coalition, called Caves a “stalwart” of the pro-life movement, saying that Windsor and Area Right to Life under the couple supported every pro-life initiative and could be counted on to attend conferences and large demonstrations.

Jakki Jeffs, executive director of Alliance for Life Ontario, told The Interim that Beryl and Robin were “so committed to the little ones” that they were “the hero couple” that were an inspiration to her. They were a “marvelous example of balancing regular life and life in the pro-life movement” Jeffs said, and that gave “me strength” and “am as tenacious as I am now, because of them.”

Even after Beryl had dementia, Robin brought her along to pro-life events. “It was wonderful to see her there and to see Robin support her.” It was “an exemplary of what we believe,” said Jeffs.

Jeffs said Caves “did not crave the limelight,” but could be counted on to be there day to day.

That humility was evident in a 1998 interview with The Interim. Asked if the local pro-life efforts had any role in the Windsor baby boom at the time, Caves “was careful not to take any credit” in the words of our reporter, telling the paper only, “we would like to think the message gets out.”

Caves was articulate and spoke to Windsor schools about pro-life in the 1970s and 1980s.

Michael and Jean Cowan moved to Windsor 12 years ago. Michael, a former president of West Muskoka Right to Life, said he wanted “to hide” for a while from pro-life work but was convinced to remain active, although their paths did not really cross in pro-life circles. Beryl had a stroke five years ago, and after Robin died suddenly in 2016, the Cowans became her primary caregivers. Michael said Beryl was a “beautiful person” and although “she couldn’t talk, she talked with her eyes.” He fondly recalled the close friendship Beryl formed with her roommate, Barbara. The Cowans visited Caves regularly, pushing her around the home in her wheelchair. Michael said when she did not want to stop and talk to someone, she would pinch his hand.

Beryl is survived by her two sons, Nicholas and Laurence, three grandchildren and one great grandchild.