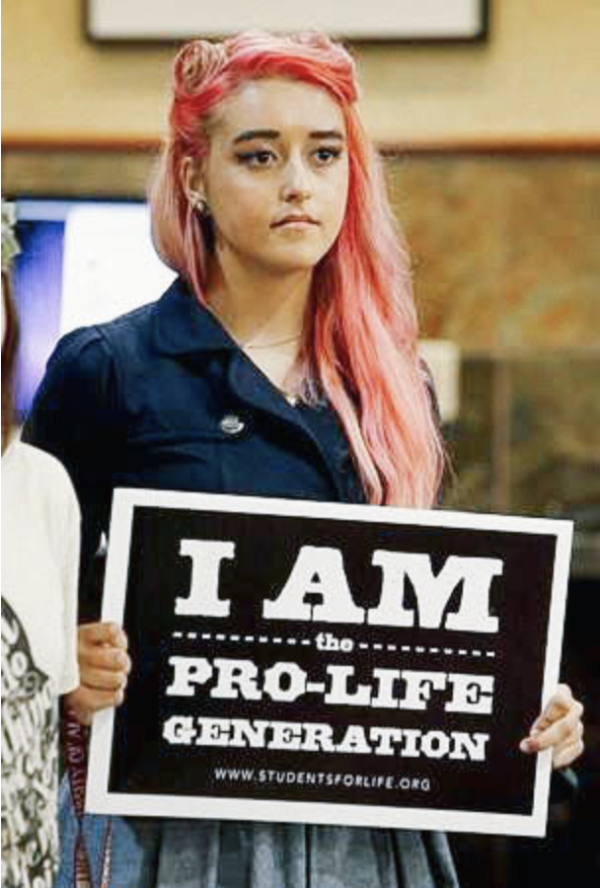 The poll undermines a common narrative peddled in the mainstream media because since it highlights an undisguisable, oh-so-shocking fact that the younger Canadians are no longer buying into pro-abortion talking points. On the whole, it seems that there is a stronger inclination for older generations to regard abortion as permissible than their younger counterparts. However, how does this align with society’s increasingly socially liberal views, which have taken a particularly tight hold on universities and pop-culture?

It all boils down to the swinging socio-political pendulum.

The Sexual Revolution of the 1960s blew through the West with an unbridled rapacity, snatching up conservative ideals of marriage, relationships and families, and replacing them with more progressive ideas of sexual promiscuity across every aspect of society. According to second wave feminists, the pre-’60s era had suppressed women mercilessly—it had quashed their idyllic dreams to a pulp, quenched their ambitious spirits and reduced them to a meaningless existence as idling, do-nothing housewives. By any progressive feminist measure, men had been societal and domestic overlords for far too long. The seeds of “dismantle the patriarchy” were being sown as early as the swinging sixties.

The repression women supposedly felt through the noose of marriage, a quiet domestic life or by unrealized career ambitions was taken to the opposite extreme (cite the swinging pendulum allusion), all in the name of sexual freedom. Debauchery, made possible due to the wide spread availability of contraceptives and legalization of abortion, gave that yearned-after sexual freedom to women because now they could be in charge of their own biology. Women could now embrace their sexual desires to their fullest because abortion as well as other pregnancy-preventing devices gave an escape route to the legitimate consequences of sex. They could get rid of the minor inconveniences, like children, which come as a product of intercourse.

As a result of this seismic cultural shift, young people in the present day have grown up in a society where sexual liberty flows as abundantly as milk and honey from the promised land. They are encouraged to experience the “highs” of complete sexual freedom, abundantly flowing from the ‘60s. This makes its way into the contemporary casual sex and hook up culture, something very accessible to youth, which is ostensibly featured in popular media.

Youth may be “sexually liberated,” but according to recent research from Indiana and Binghamton University, they are disillusioned by the sexual status quo of our culture.

This disappointment is fueling a general cultural skepticism among youth, so much so that they are willing to consider ideas considered more “conservative” on sex, hook ups and the consequence of these attitudes. Disappointed with casual sex rendezvous, youth are being courted by pro-family, pro-life ideologies.

This socially prevailing attitude, coupled with a greater awareness of the reality of abortion, made possible through more organized pro-life activism, makes abortion something difficult for youth to accept as a societal good.

Many say that abortion is the injustice best kept secret because it’s best disguised. The fate of millions of children is sealed behind the closed doors of Planned Parenthood clinics. It’s hard to vaunt the pro-choice mantra that the unborn child in question is just a “clump of cells” or “not human yet” when pictures of aborted fetus, with their tiny, bloodied limbs torn, are circulating social media (via pro-life accounts) or are making their way on street corners through Choice Chains activism. Baby Boomers might have been sold on the idea that abortion kills a clump of cells because, legitimately speaking, they couldn’t see the gruesome reality of the procedure.

Advancements in medical and scientific technologies, like prenatal screening, 3D ultrasounds and the possibility of curing fetal abnormalities before birth further proves the humanity of the unborn child. Ironically, progressive technologies work on the pro-life side because they make our positions more credible and rationally defensible. Technological and humanistic arguments seem to have a strong effect on younger generations, which is supported by further polling data. Quinnipiac, a public opinion poll centre based in Connecticut, found in a January 2017 poll that 18-to-34-year-olds were more likely than other age demographics to support a ban on abortions after 20 weeks’ gestation.

The bloody reality of abortion is coming to be revealed through fact, but also through personal experience.

Roe v. Wade and R v. Morgentaler used people as guinea pigs for a political vision and ideological whim of “reproductive rights” and “women empowerment,” which had no legal or historical precedence. Although there was maniacal push for abortion, it being the new craze, there wasn’t much knowledge about what abortion could actually do.

We are experiencing the real, heartbreaking effects of that now.

We have a whole generation of women (and men) severely damaged because of abortion, suffering physical and emotional trauma. This society has more broken families , more mental illnesses and more people feeling isolated or lonely than ever before, which can all be tied to abortion and an increased liberalization of sexual views. The Silent No More Awareness Campaign, which features women and men who regret their abortion, is a testament to the many unresolved, post-abortion issues that go unnoticed. Moreover, the testimonies of those who have survived abortions have given personal credence to the idea that a child is more than a ball of nothing.

All of the above arguments are being used by an increasingly organized pro-life movement. In the ‘60s, the Catholic church was one of the few institutions publicly opposing abortions, while some other Christian denominations, like the United Church, wouldn’t recognize the dignity of human life. Since then, the abortion debate has been broadened beyond its religious roots and has moved toward more secular sources, such as Live Action, Canadian Centre for Bioethical Reform (CCBR), Right to Life and Birthright International. These organizations take up the pro-life cause from a more worldly standpoint, which is underpinned well by humanistic and civil liberties arguments. In a modern era driven by rampant secularism, the abortion debate is no longer focused on morality per se; rather it is now a question of human rights, which strikes a chord with the younger crowd imbued with desires for activism and social justice.

The Ipsos poll, however shocking to some, points to something that the pro-life movement has been noticing for a while. Through the steady stream of pro-life activism since the ‘60s, there has been an ever so subtle tide change when it comes to abortion, especially among the younger generations. Pro-life pundits, public speakers and influencers have been crafting activism techniques to be used in reclaiming respect for life. Although the future has yet to reveal itself, a pro-life one doesn’t seem far from the horizon.

Angelica Vecchiato is a summer intern with Campaign Life Coalition and The Interim.