Fighting for Life: Becoming a Force for Change in a Wounded World 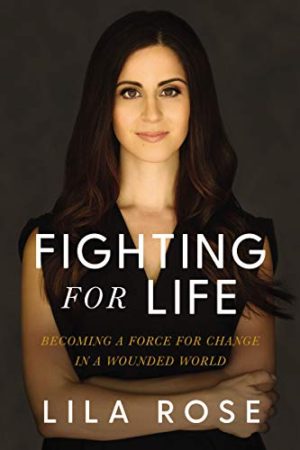 Lila Rose started Live Action as a teenager and has since become one of the most influential pro-lifers in the United States. In her autobiography, Fighting for Life, she not only relates the dramatic stories that have propelled her to become one of America’s most prominent pro-life activists, but also makes clear the lessons to be learned so that others can become “a force for change in a wounded world.” Each chapter provides lessons — “Know your gifts,” “Leave your comfort zone,” “Expect resistance from within,” “Beware of false compassion” — that are elucidated by her biography. And what a biography it is. Live Action has employed investigative reporting to shine a light on the seedy underbelly of the abortion industry, from how Planned Parenthood helps cover up statutory rape to abortionists profiting from the illegal sale of fetal parts. She discusses dealing with both success and adversity, including attempts by Big Tech to censor her and Live Action.

Rose makes clear that abortion is but a symptom of larger cultural rot, and tackles the interconnected issues of love, marriage, sex, contraception and abortion in today’s culture. When sex becomes a casual pastime in the pursuit of pleasure rather than a unifying act within marriage, there is a certain logic to the widespread acceptance of abortion to prevent new life. Rose wears her faith (Catholicism) on her sleeve and is clear that we must have correctly ordered lives before God to be effective pro-life witnesses. Rose is no longer a teenager. She is now in her early 30s, married and has a son, but she is still active in the world’s most important human rights movement.