The Rise and Triumph of the Modern Self: Cultural Amnesia, Expressive Individualism,  and the Road to the Sexual Revolution
Carl R. Trueman (Crossway, $46.99, 432 pages)

There were a pair of books published recently that I was surprised were not reviewed together as both cover similar terrain: What it Means to be Human: The Case for the Body in Public Bioethics by O. Carter Snead and The Rise and Triumph of the Modern Self: Cultural Amnesia, Expressive Individualism, and the Road to the Sexual Revolution by Carl R. Trueman. Admittedly, they each deserve their own review as both Snead and Trueman have produced penetrating analyses of modern bioethics and culture with a strong to arms to reorient ourselves and polity to moral sanity. 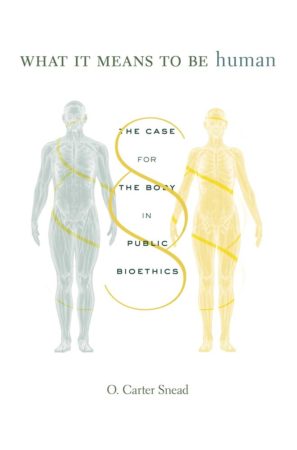 Snead is a professor of law at Notre Dame, a member of the Pontifical Academy for Life, and served as general counsel to the President’s Council on Bioethics during the George W. Bush administration. His analysis spans legal, political, cultural, and scientific developments from around the globe. Time and again, Snead shows, the scientific imperative of discovering new knowledge and trying new technologies trumps ethical considerations about acquiring that knowledge or technologies.

O. Carter Snead offers a thorough critique of modern bioethics which rests on an incorrect anthropology. Snead says that modern bioethics “defines the human being fundamentally as an atomized and solitary will” that just happens to come in a physical body. The modern ethos says that man’s greatest goal is happiness and that ultimate happiness evinces when the individual maximizes his or her capacity to choose. Facts – biological ones — can be ignored so that every person can best express him- or herself. Snead blames 18th-century social contract theories (and, by extension, modern American liberalism) with their view that “human flourishing consists in the expression of one’s innermost identity through freely choosing and configuring life in accordance with his or her own distinctive core institutions, feelings, and preferences.” To see this worldview in action, Snead points to Justice Anthony Kennedy’s decision in Casey creating a constitutional right to “define one’s own concept of … the mystery of human life.” Oh, my.

Man, it is supposed, is liberated, by being able to express his feelings and act on them. In this elevation of will, mankind becomes disembodied. Thus, a woman is allowed to kill her baby, marriage is no longer limited to the union of one man and one woman (for the purpose of procreation), and the sick, elderly, and disabled are permitted the “right to die” with medical assistance. Biology be damned, the individual wants to be freed from the responsibility of parenthood or the hardship of redemptive suffering.

Carl Trueman is professor of biblical and religious studies at Grove City College, an ordained Orthodox Presbyterian minister, and council member of the Alliance of Confessing Evangelicals. Trueman more directly attacks the culture that has no time for tradition, customs, or religion as guides for personal behaviour or social mores. Trueman invokes Philip Rieff who called this abandonment of the sacred order and lack of respect for history and authority “anti-culture.” Rieff brough a psychological approach to understanding culture, and introduced the concept of the therapeutic self as a way of understanding modern man. The iconoclasm of modern, feeling selves tear down “any transcendent framework” and right and wrong is limited to whether the thing in question restricts or promotes individual choice. Any greater sense of purpose,” Trueman writes, “any transcendent teleology, is now dead and buried.”

If we are (figuratively) separated from our bodies to become mere wills, Rieff’s psychological approach makes a lot of sense, as does Trueman’s borrowing of his concepts. And understanding that maximizing happiness is the greatest possible good helps explain why those who uphold historical and traditional norms that transgress against others’ inner happiness must be (according to the modern mind) prohibited from expressing or acting on our views. (It does not, however, explain, why the happiness of the abortion-minded mother or same-sex couple matters more than the joy of the faithful in living according to a transcendent moral code.) Emotion – mere feelings – guide public debate over right and wrong. Moral goods, informed by religious teaching, moral customs, and the wisdom of tradition, have no place in these debates.

Snead notes that occasionally lawmakers restrict the autonomy of scientists – a notable example is banning medical experiments conducted without the consent of its subjects and with no therapeutic benefit after Henry Knowles Beecher, a Harvard anesthesiologist blew the whistle on more 20 such unethical experiments insist on non-interference in their work, religious voices warn against playing God, and finally legislatures, regulatory agencies, or the courts try to split the difference but once the door is opened to the new possibility it is hard to prevent a stampede through. The primary ground on which the debate is waged and ultimately decided, Snead says, is on “the goods of autonomy and self-determination” that will allow, some day, “the informed exercise of free will by rational, able-minded people” … eventually. But once that assumption is accepted, there is no reason for the state or other actors to circumscribe the so-called advance in knowledge or capability. Scientific progress is assumed to always advance human happiness. When happiness does not accompany so-called progress, Trueman says the blame will be found with those who cling to traditional and transcendental wisdom. 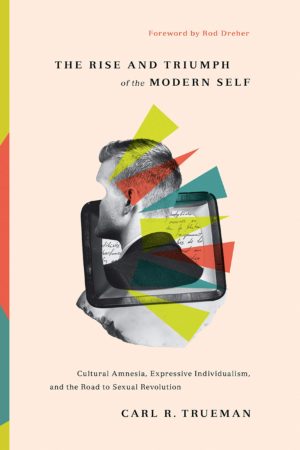 Trueman says of the sexual revolution, “the root-and-branch nature of this revolution should not be underestimated: it seeks not simply to expand traditional moral categories but to demonize and destroy them.” This project of demonization really sped up after Sigmund Freud, who placed the sexualized self at the center human identity, but Trueman also notes the contributions of Wilhelm Reich, Herbert Marcuse, and Simone de Beauvoir as major theorists of the sexual revolution. (The revolution has been sexualized!) It is truly frightening to wonder where the revolution leads to next; Trueman mentions but does not dwell on the possibilities of pedophilia and bestiality.

Trueman is much more explicit in describing the growth of modern liberalism into an insatiable journey of self-discovery and self-expression, although both he and Carter describe essentially the same trends and problems. Regarding transgenderism, Trueman explains, the logic of the sexual revolution requires its inclusion in the panoply of letters among LGBTQ+ because it repudiates moral norms and rejects biological facts while feeding the therapeutic self. Overcoming nature (biology) is just part of the therapeutic self, expressing one’s felt being rather than what is real. In many ways, these books complement each other.

Snead counsels religious Americans to eschew a strategy based in rights-talk and embrace an anthropology of embodiment (that draws heavily on the work of Alasdair MacIntyre). We must rediscover the mysteries and joys of authentic humanity, including the fact that we begin our lives as infants and end it (usually) as infirm elderly, vulnerable, if not completely dependent on others. To the modern mind, that vulnerability lacks dignity; the dependence violates our freedom. Snead correctly argues that we are not atomized individuals and live among various networks of individuals and institutions not of our choosing. Our interconnectedness also defines us, and a greater appreciation of our inter-dependence could, to some degree, help counter the expressivist and liberationist longing of the human species in the 21st century. This humane view of mutual obligation will do more to protect the vulnerable and dependent – children, the elderly, the disabled – than will any unmoored belief in the tautology of following the science.